Bringing the Colonialist Past and Present into Dialogue at DOK Leipzig 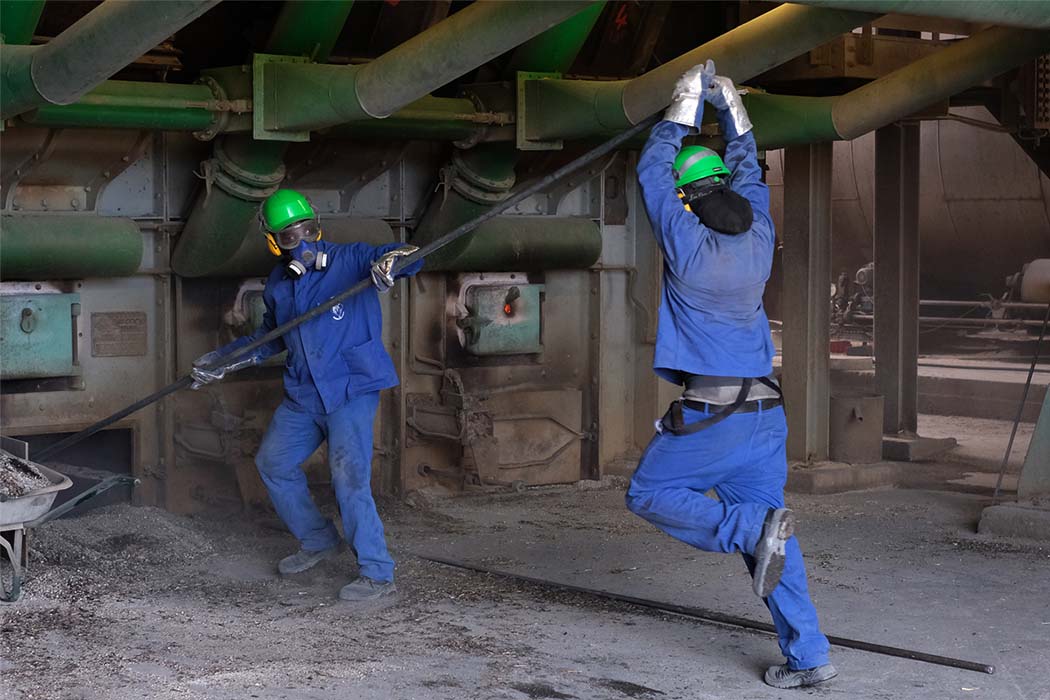 Recent years have seen a surge in documentary productions and a growing popularity of documentary film among audiences worldwide. Despite this encouraging development, however, disempowering colonialist legacies linger on within the documentary craft and narrative, resulting in a number of films that are largely exploitative and reductionist. In the hopes of scrapping the historical framework of exploitation, activists and filmmakers have been calling for the reimagining of the nonfiction ethos, built on the values of responsible authorship and accountability.

The 64th edition of the International Leipzig Festival for Documentary and Animated Film (DOK Leipzig)—which took place in a hybrid format this year between October 25 and November 14—encouraged this discourse both through a venturesome selection of films in its program and a string of industry talks, dubbed "DOK Speaks Up."

Sylvaine Dampierre, a Paris-based auteur of Guadeloupean origin, was invited to speak at the festival’s "Deconstructing the Image" panel, where she unpacked the question of colonial legacies in film by probing different elements in her documentary, Words of Negroes (Paroles de nègres), which had its world premiere at DOK Leipzig. The film takes us to Guadeloupe’s Marie-Galante, where in 1842, enslaved man Sébastien, suspected of poisoning oxen, died in a prison cell after months of neglect. The man’s tragic death led to the trial of the slaveholder, who was acquitted. Nearly 180 years later, Dampierre compels the workers at the Grande Anse sugar refinery in Marie-Galante to read testimonies from the 1842 court case, either in front of the camera or in voiceover, while day-to-day work carries on around the factory. Farmers traverse fields and cut cane with machetes; workers load the harvest onto cattle-drawn carts, and toil at the factory as machines tirelessly roar in the background, emanating heavy smoke. When history is punctuated by silences and absences, and there are no monuments and very few written documents to mark our memories, Dampierre finds vestiges of the past elsewhere—transcribed on the landscape, in the gestures of the factory workers, in their language. History finds embodiment through the people who reenact it. "You can see the traces of the past there," Dampierre explained at the panel. "It’s something that you feel, and it’s something that the people carry—their faces, in the way they move. So that’s what I am working with."

In lieu of reproducing the coloniality present in the 1842 archive text, the filmmaker manages to reimagine and unsettle it, letting the past speak and dialogue with the present. Within the space of the film, the text, which had been translated by a clerk into French—which the slaves did not speak at the time—is delivered in Creole through the workers’ reenactment. Ultimately, embodying the slaves’ testimonies turns into an act of remembering the past and reclaiming it.

Another documentary that tackles colonialism, albeit through different methods, is Shireen Seno’s film essay To Pick a Flower, screened as part of the festival’s Competition for the Audience Award Short Film. The 17-minute film ruminates a complex relationship between photography and colonial capitalism in the Philippines during the American colonial rule. Using just her voice and a series of photographs placed against the black screen, Seno shares her observations, underscoring the role of photography as a tool of colonization that mirrored its model of exploitation and extraction. Photographs not only documented the flora of the Philippines, but also acted as a catalogue of its bountiful resources, with trees treated as capital and local people as labor. Hence, recording and categorizing the colony’s resources perhaps also served the colonizers’ interests in "making a case for keeping the Philippines as a colony," as well as justifying why they were there and "what they were getting out of it," Seno contended at the panel.

Throughout the film, as Seno scrutinizes assorted photographs from the colonial period, she realizes her fraught position as a storyteller and as a viewer, imbued with uncertainty. There is a photograph of a young bride posing for an outdoor portrait next to a potted plant in place of a groom. Could it be that her groom has failed to show up? Was the setup of props a common practice in wedding photography of the time? Does the potted plant signify domesticity of the woman? Instead of succumbing to the expectation of giving ​​instructional interpretations when reading the images, the filmmaker leaves room for ambiguity, offering the viewer an opportunity to ponder questions. In the process, Seno also foregrounds her own biases and shifting views as an observer. At one point, the filmmaker recounts coming across the recurring images of Caucasian males posing next to the foliage, which she had thought of as a "very colonialist trope." She later found out that those Caucasian figures were advocates of forestry.

That degree of self-awareness and introspection on part of the director is also palpable in the US documentary Only the Earth and the Mountains, which recounts the gruesome events of the Sand Creek Massacre, in which a peaceful band of Cheyenne and Arapaho people was attacked, killed and mutilated by Colonel John Chivington's Colorado Volunteers on November 29, 1864. From the onset of the film, director Elleni Sclavenitis examines her position as a white person making a film about Native American people. This approach guides the decisions that she makes in the filmmaking process, including the choice of contributors who in the end are telling the story that belongs to them. Among them are descendants of the survivors and Cheyenne and Arapaho historians, who give an account of the events, facing the camera, and thus the audience, with no middlemen involved.

At the beginning of the film, Dr. Richard Littlebear of the Northern Cheyenne people, and the president of Chief Dull Knife College, reads the text that he had written in the Cheyenne language that recounts the events of the Sand Creek Massacre. Speaking at the DOK Leipzig’s "Walk a Mile in My Shoes" panel, Sclavenitis stressed the importance as an outsider filmmaker of having such conversations with the community off screen, long ahead of filming, which would help the people tell their story on their own terms and in their own words.

There is what Sclavenitis deemed "a huge lacuna" in our knowledge of the Sand Creek Massacre—spuriously described as "The Battle of Sand Creek"—as well as hundreds of other massacres in US history. Revisiting Sand Creek is an effort not only to learn about it from the Cheyenne and Arapaho people but also to restore it in our collective consciousness; as Littlebear notes, for many white people, the Native Americans "are set in the comfortable past [...] when actually we are still here."

Sevara Pan is a Berlin-based journalist and film critic.