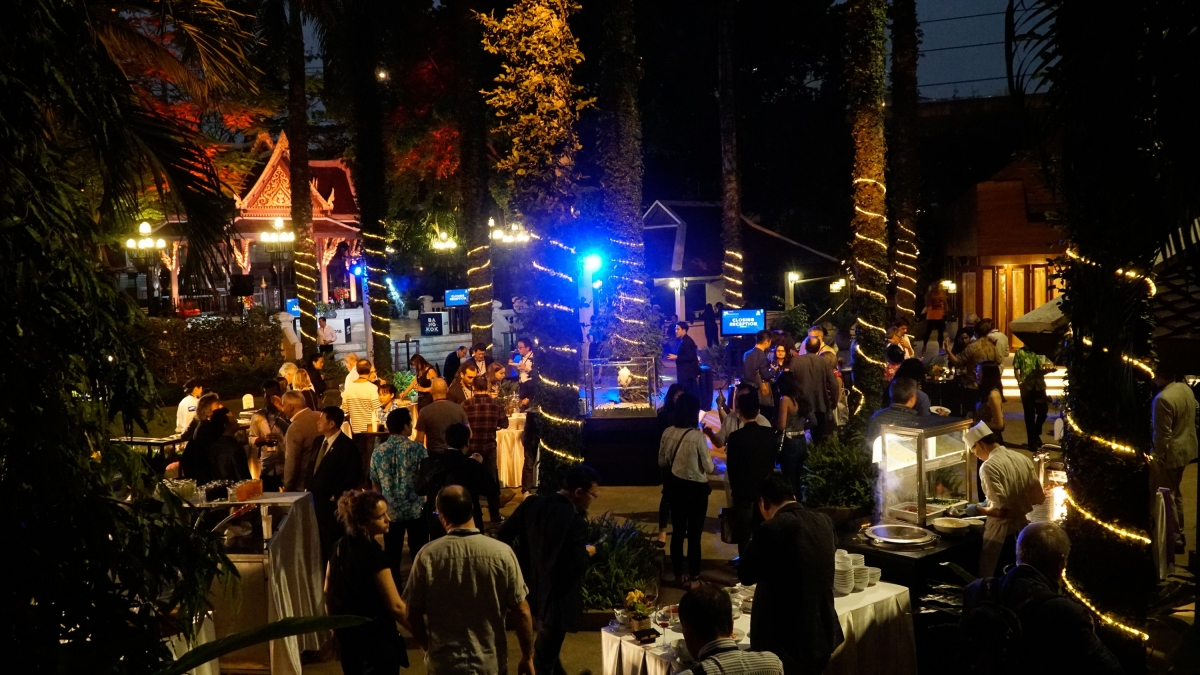 Held in Bangkok, Thailand from January 30 to February 2, the 8th edition of the Asian Side of the Doc aimed to build on its mission since the event's debut in 2010 under the vision of founder and CEO Yves Jeanneau—namely, to serve as a bridge between Asia and Europe, but also be an incubator to foster business opportunities amongst the Asian countries themselves. Comprised of moderated panel discussions, a four-day pitch competition, and one-on-one meetings between producers, broadcasters and distributors, ASD18 was held at the Centara Grand at Central Plaza Ladprao Bangkok, in the heart of the city. As a testimony to the growing appeal of this annual event, its 350 attendees hailed from 35 countries and included 90 international decision-makers.

Jeanneau has applied his expertise—garnered over a lifetime overseeing Sunny Side of the Doc, which he created nearly 29 years ago—to its more modestly-sized Asian counterpart, which has nurtured an ecosystem of filmmakers, broadcasters and distributors since its launch less than a decade ago. This year's panel discussions addressed issues faced everywhere: what content is currently being sought by commissioning editors in the region, and how to best deliver these programs to viewers using emerging technology. Broadcast executives exchanged their thoughts on how documentaries are being sustained in a market ever-crowded by lifestyle and reality show programming.

The first of these two panels, "ASEAN—What Does The Market Want," included broadcasters from Thailand, Philippines, Singapore and Indonesia. Mr. Pipope Panitchpakdi, deputy director for Thai PBS, remarked that social documentaries and nature docs are still surviving on their channel and they remain close to his heart, while Aileen Paredes, from Philippines' ABS-CBN Global Ltd., explained that her channel is attempting to balance two age demographics. Their solution, which works for them, is to allocate 51 percent of their programming to the traditional market and 49 percent to the "next gen" market. Singapore's Channel NewsAsia, under the banner of Mediacorp, is now experimenting with a "digital first" release of some of its programming, with its share-ability potential on social media finding a receptive audience among next-gen viewers. This word-of-mouth publicity, in turn, builds a viewership for its traditional broadcast rollout, according to Commissioning Editor Shamala Rajendran. In terms of its programming, Channel News Asia handles documentaries that are news-pegged and linked to social issues, events and current affairs. One of the channel's staples is Undercover Asia, an investigative series that looks into pressing issues such as human trafficking, pedophilia, prison drug lords and other "stories of crime, violence and injustice." Channel NewsAsia is also looking to expand lifestyle programs to appeal to upscale viewers in the region who are looking to travel and spend. Series such as In Pursuit of Magic: Glamping Adventures and Luxe Asia embody this trend and can be seen on Mediacorp's free online service, Toggle.

The second panel was devoted to "The Rise of Regional Streaming Services," with all three panelists based out of Singapore. They included Jennifer Batty from HOOQ/Singapore, Aegena Tay from Bomanbridge Media Pte Ltd and Justin Deimen from Aurora Media Holdings. Deimen advised, "Content creators and producers need to start pushing the envelope in the types of stories they are telling, and also in the filmmaking structure of how they are telling these stories, if they are looking at OTT platforms to work with them. The consumption habits and expectations of viewers paying for these services are different." Noting that filmmakers cannot bring in projects to OTT funders that they would usually pitch to broadcasters, Deimen concluded that "OTT isn't the backup to broadcasting money, but a different beast altogether." He maintained that niche and specialized content will be the only route available in the future for smaller filmmakers to engage in, due to the proliferation of OTT platforms in Southeast Asia and other emerging markets. Deimen encouraged filmmakers to focus on creating that niche and specialized content, as "bigger companies and studios will be taking on broad content deals that won't allow smaller players to have enough licensing deals in place. Original niche content will be the battleground, and that would include factual entertainment and news."

Not content to wait for talent to emerge gradually, Jeanneau initiated an ASD Workshop, which takes place a few months before Asian Side of the Doc itself. This workshop is designed to connect emerging filmmakers with seasoned producers and sales agents who are enlisted to help refine and focus the participants' content and presentation. Scrutinizing every detail—be it polishing a pitch, re-editing a trailer or brainstorming an alternate title—the international panel shortlisted a half-dozen of the groups to pitch to Thai broadcasters and the media on the closing day. The fruits of the workshop's success were borne some months later, as three Thai teams pitched onstage at ASD18, while another one was selected for one-to-one meetings. Ms. Yupa Petcharit, part of the Thai team responsible for the Best ASEAN Pitch for Duck Academy, summarized her experience: "We have learned so much from ASD workshop on how to tell a story to audiences outside Thailand, and what sort of local images and content that will capture the attention of international audiences."

Held daily during the four-day Asian Side of the Doc, a total of 24 projects and their producing teams each appeared onstage for 15 minutes to highlight their show's merits, screen a trailer and lead a short Q&A. Nearly half of the producers or directors were Westerners, while almost all of the content had at least an Asian component in it—be it location, characters or culture. Italy-based producer Stefano Tealdi embodied this fusion of East meets West through his series Food Makers Go Global!, which pairs chefs from two different cultures to reconsider preparation techniques, ingredients and so on. In the compelling trailer, an Italian noodle-maker meets his Japanese counterpart. Less reality show than documentary, this five-part series is certain to draw new audiences. In another pitch, a young Taiwanese team presented The Machine, a journey of an investment banker turned MMA fighter, defying cultural norms and family expectations in the process.

At the closing ceremony of ASD18, the pitch winners were feted onstage, with the winning teams representing Thailand (Best ASEAN Pitch for Duck Academy), Japan (Best Asia Pitch for Life with a Robot), and Australia (Best International Pitch for Small Island Big Song).

Jeanneau was flanked by jury members and Thai business and media executives to recognize the winning production teams. The next generation of media-makers was not neglected either, as dozens of Thai students who took part in a documentary film competition were called onstage to receive cash awards. As ASD18 wound down with a stylish poolside party at the venue hotel, Asian Side of the Doc CEO Yves Jeanneau concluded, "There was a great mix of emerging voices and established professionals, and the list of awards winners reflects the relevance of Asian Side of the Doc as the place to engage with the Asian factual market and achieve real outcomes. It was indeed a celebration of the best of factual programming in the Asia-Pacific."

Craig McTurk is a senior lecturer at the School of Film & Media Studies at Ngee Ann Polytechnic in Singapore. His upcoming documentary films include Satan & Adam (co-producer and cinematographer) and The Last Artisan ( producer/director).

END_OF_DOCUMENT_TOKEN_TO_BE_REPLACED

Sunny Side Of The Doc and Festival International Du Documentaire

A Tale of Two Festivals: Visions Du Réel & Sunny Side of the Doc