Bursting the Bubble: Covering Political Stories in the Age of Trump 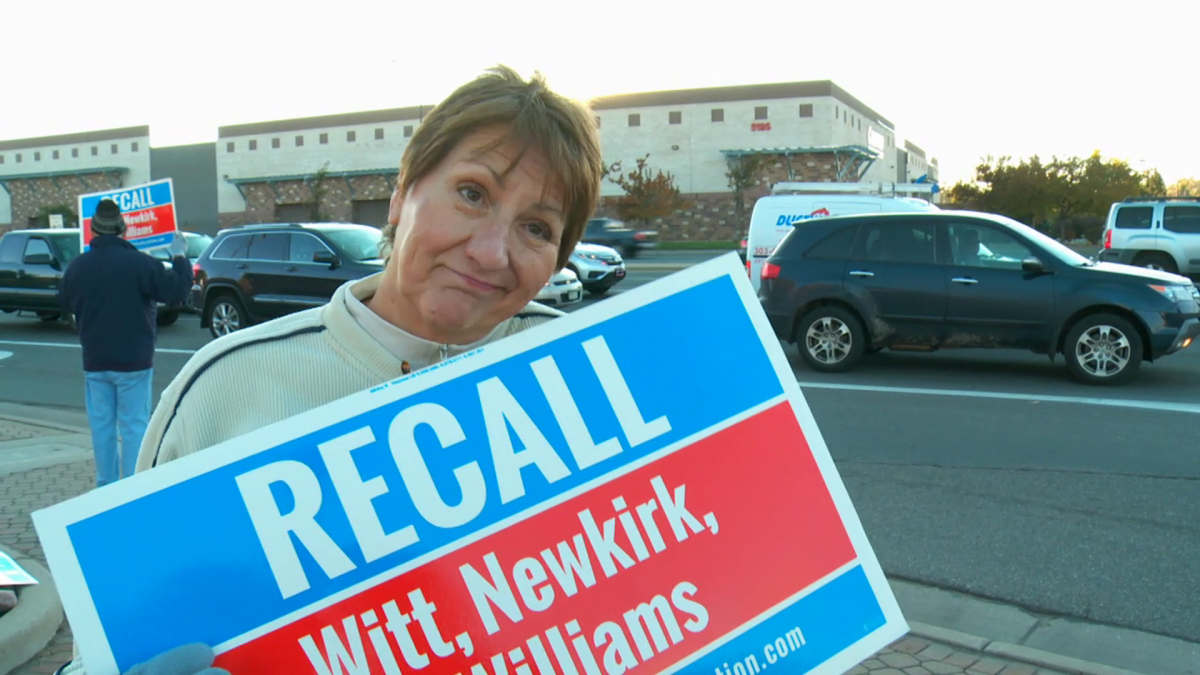 Since the election of Donald Trump as president and the triumph of conservative Republicanism in Washington, there has been much talk among progressives about living in a "bubble" of their own making, surrounded by like-minded people culturally, and geographically unfamiliar with Americans who hold sharply divergent views. Even President Obama made this one of the themes of his farewell address. As might be expected in the age of social media, there has been some strong pushback to this notion and then, inevitably, a backlash to the backlash.

As documentary filmmakers with a longtime interest in American diversity as it is reflected in electoral politics, we don't disagree with the observation that many college-educated upper-middle-class progressives, particularly in blue states, live their lives in something of a self-selected bubble. While we don't lay the blame for 2016's outcome on that phenomenon alone, we do think it's a good idea for politically-inclined nonfiction filmmakers, who for the most part trend left, to re-examine the ways we present and interact with Americans from the red states, and re-examine some of our assumptions about how American politics works as we move into the Trump era.

Remaining in a state of red hot anger about Trumpworld for four years is not going to be enough to bring about progressive change in a country where the Electoral College and Republican-dominated statehouses still matter and affect millions of lives. Instead, we think it's time for realistically assessing the American political landscape and figuring out how to both advance progressive ideas and understand our deeply divided nation in a time of crisis.

As it happens, we spent 2016 putting together a series of nine short films about American partisanship called Postcards from the Great Divide. We commissioned a group of talented American documentary filmmakers to collaborate with us to create pieces that illustrate the ways Americans have sorted themselves politically, with a specific mandate to shine a light on regional stories that we knew would be overshadowed by the media's typical horserace coverage of the presidential race. The series was presented on the digital platforms of PBS and The Washington Post, followed by a broadcast on PBS' World Channel. While the pitch to funders was to provide a thinking person's guide to electoral trends leading up to the 2016 elections, looking at the pieces in the cold light of post-election America, we've been surprised to see how the films ended up anticipating the results, painting a portrait of a country divided against itself.

Both for us and for our contributing filmmakers, the challenge was to push past the progressive conventional wisdom that each of us inhaled every day in our online reading, social media feeds and personal interactions, and attempt to identify deeper currents flowing through American politics. So while much of the oxygen in the blue states was taken up with Bernie vs. Hillary infighting, we were pursuing stories that highlighted basic facts like the Republican control of 31 state houses and the GOP's chances of capturing legislatures even in blue states like Washington. Or, while conventional wisdom in the party of Obama held that the increasing diversity of the country would inevitably doom the old, white Republican Party, we were in Texas discovering that the vaunted "sleeping giant" of Latino voter turnout was still in deep hibernation, with widespread political apathy among Tejanos and no foreseeable path to a Democratic comeback in that critical state. 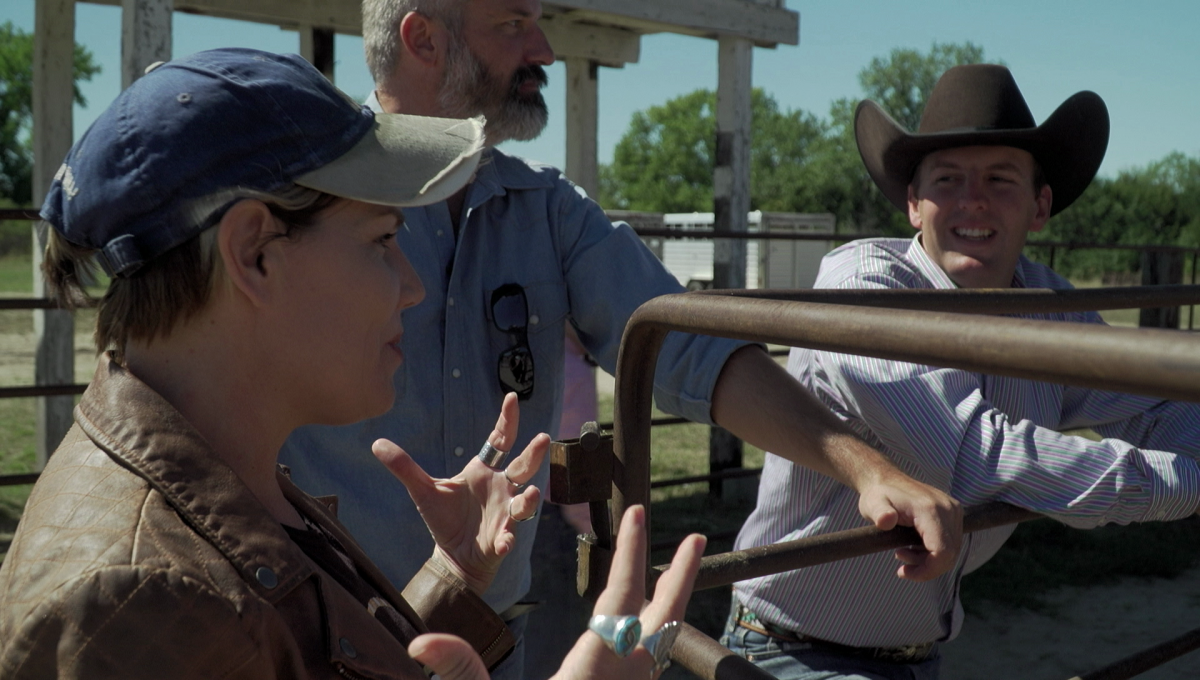 We pushed our filmmakers to pay less attention to familiar progressive bêtes noirs like Republican legislative gerrymandering - an important piece of the GOP power toolbox, to be sure, but not the only one - and begin to understand that Americans have increasingly been gerrymandering themselves by moving to places where everyone around them thinks like they do. Progressives move to the cities or the blue states; conservatives stay in in the heartland. Analysts call this the Big Sort, and one of our pieces brought this to life, profiling the homecoming of a Minnesota man who had moved to the most progressive neighborhood in the Twin Cities when he repudiated his rural, conservative-Christian upbringing. Needless to say, his old neighbors couldn't remotely see eye-to-eye with him politically.

Other stories, all shot months before the election, turned out to be canaries in a coal mine: The lack of African-American voter enthusiasm for Hillary Clinton in Florida. The total irrelevance of the Democratic Party to rural Southerners. The take-no-prisoners ascendance of conservatives in the supposed "blue wall" state of Wisconsin.

Shooting political stories in conservative America requires progressive filmmakers to stretch empathy to a sometimes uncomfortable degree. It means spending time and bonding with local Republicans and deep-dyed conservatives, not only the lonely progressive activist/organizer on the ground. Social-change beliefs that are matters of fundamental justice to blue-state folks can look outlandish or insulting from the point of view of red-state voters. For example, our interviewees in rural Kentucky - all decent, intelligent people - were simply baffled by the fight over gender-neutral bathrooms, feeling it went against common sense, much in the way many progressives seem unable to grasp why anybody in their right mind would want to walk around carrying firearms, concealed or otherwise. Perhaps more critically, Republicans have successfully branded themselves as the guardians of social order, which for many conservative voters is a cardinal virtue. From their perspective, the deliberate disruption of Black Lives Matter marches, for example, which many progressives support as a necessary wake-up call for racial justice, are seen as frightening and therefore alienating (and by extension, self-defeating for activists in terms of changing minds that need to be changed).

As progressives, we don't need to modify our beliefs or our calls to action, but we do need to walk a mile in a conservative's shoes in order to see how things are playing in middle America. Documentary media-makers can play an essential role in crafting fresh messages around which to organize and find common ground. We've been pleased to see that the independent documentary community has started to recognize the challenges at hand, with funders and other nonprofits mounting new initiatives to expand the kinds of stories they support. It may be that social change unfolding in unlikely places far away from the bastions of progressivism will provide some the best stories to be told in the next few years.

Documentary filmmakers have always trafficked in some of the more extreme precincts of red-state America. HBO, Vice and every European TV channel have always been happy to show stories about Klansmen, doomsday preppers and the Westboro Baptist Church. The challenge is to present the conservative norm - the everyday folks who are tightly wrapped in the GOP's embrace for the foreseeable future - without turning them into the Other. Our belief is that by listening to them, respecting their ideas and bringing the news back to the coasts, progressives can learn how the rest of the country ticks politically, with an eye to building, brick-by-brick, a new progressive majority.

Louis Alvarez, Andrew Kolker and Paul Stekler are executive producers of Postcards from the Great Divide and longtime documentary filmmakers based in New York and Austin [cnam.com and bit.ly/stekler].

END_OF_DOCUMENT_TOKEN_TO_BE_REPLACED

Steal This Vote! Behind the Curtain of American Elections

Political Correctness or Censorship: Confederates in the Deep, Deep South