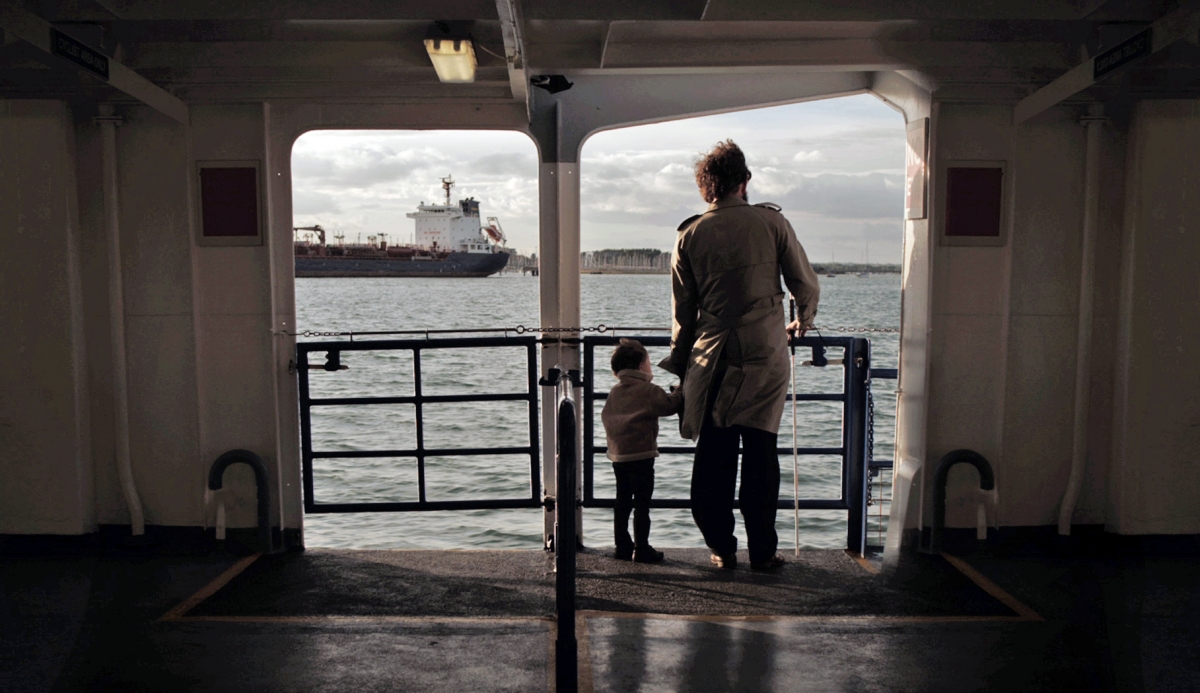 Labels are slippery. When used as a catch-all term for formally ambitious documentary filmmaking, "hybrid" hardly suffices. All fiction films contain aspects of documentary, and no documentary is devoid of fiction. Yet, it's often helpful to apply labels, to bow to a natural tendency to compartmentalize and divide in order to make something more comprehensible and approachable.

The hybrid, then, refers to a documentary that moves between two modes. At the most simplistic level, this means the blending of elements and techniques associated with narrative fiction with traditional documentary filmmaking. As writer Luke Moody wrote in 11Polaroids, the hybrid could also mean moving between "observation and instigation, life and art, the actual and possible, translation and interpretation, presence and performance, construction and deconstruction, evidence and heresay, authorship and plagiarism, meaning and abstraction." The hybrid is defined by the in-between, and as a result is it not always clear what we mean when we use it as a classifier. To what does this compounding or cross-pollinating of elements refer?

Nor is it a new phenomenon. Hybridization and heterodoxy have been a part of documentary filmmaking from the outset. Look to Dan Sullivan's timeline of the hybrid, and you can see examples from Eadweard Muybridge, Thomas Edison and the Lumière brothers onwards - films that mix and match, slip between or elude distinct classification and invite deconstruction.

Still, something about the term "hybrid" remains alluring, as do the films to which it can be applied. There is something about a documentary where the lines, intent and methodology are somehow unclear or elusive that draws the viewer in. The Karlovy Vary International Film Festival's 51st edition, held last month, showcased several documentaries that could be defined as hybrids and that evinced both the opportunities and the difficulties in embracing this style.

Peter Middleton and James Spinney's Notes on Blindness is a particularly striking example of hybridization in documentary, mixing aesthetic styles and formal techniques to explore the cinematic medium's ability to translate thoughts and concepts into images. A film about loss - specifically of vision, but also in a wider sense - Notes on Blindness uses the audio diaries of blind theologist John Hull to make a sensory collage on what it means to see, and then to not. 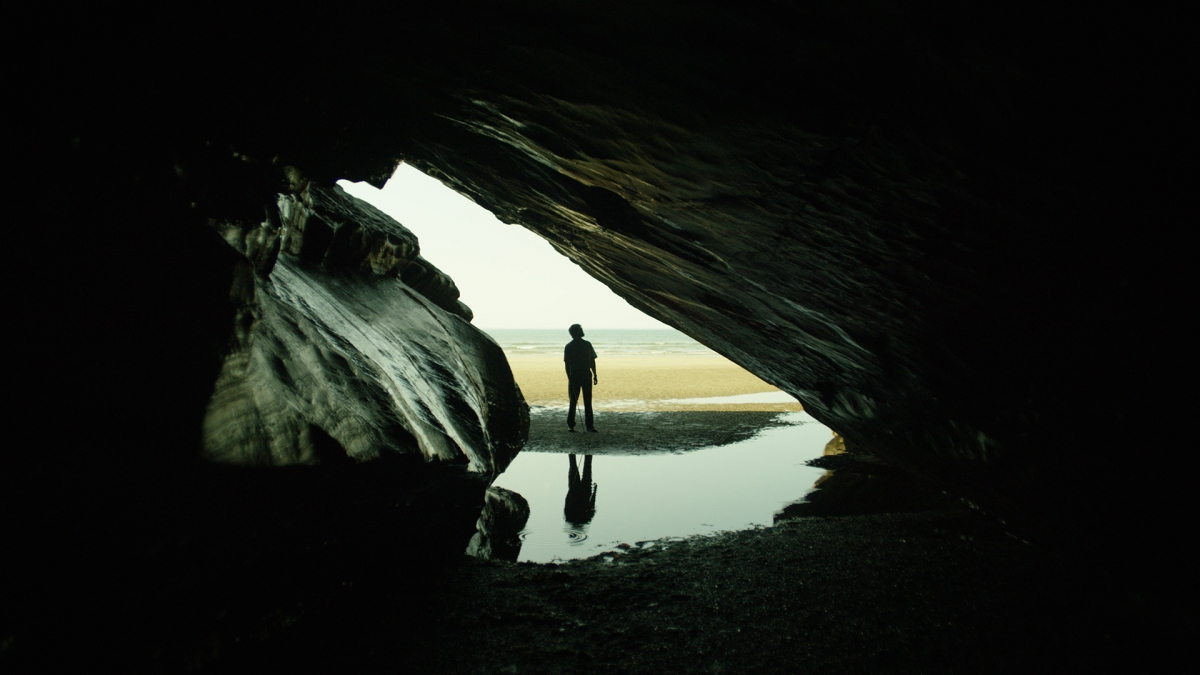 Notes on Blindness is as much about sound as it is about image. Its central device has actors (Dan Renton Skinner, Simone Kirby) lip-synching along to the recorded voices of John and his wife Marilyn - a technique employed by Clio Barnard in her 2010 film The Arbor. Additionally, Spinney and Middleton use five channels (the original audio diaries, the family's own personal home recordings, interviews staged just ahead of John's death in 2015, and then actuality recordings and Foley) of sound to create a layered mesh of aural documentary elements to go over the film's fictive visual constructs.

Much of Hull's insights are phenomenal, his language achieving that uncanny sensation of having your own thoughts verbalized in a manner so eloquent you feel you understand them better, as well as opening you to new possibilities and intellectual positions, and the ways in which Middleton and Spinney find ways to visualize and dramatize this testimony are consistently creative. The film's conclusion - loss can be overcome and limitations can become strengths - is both deeply inspiring and far from specific to blindness. 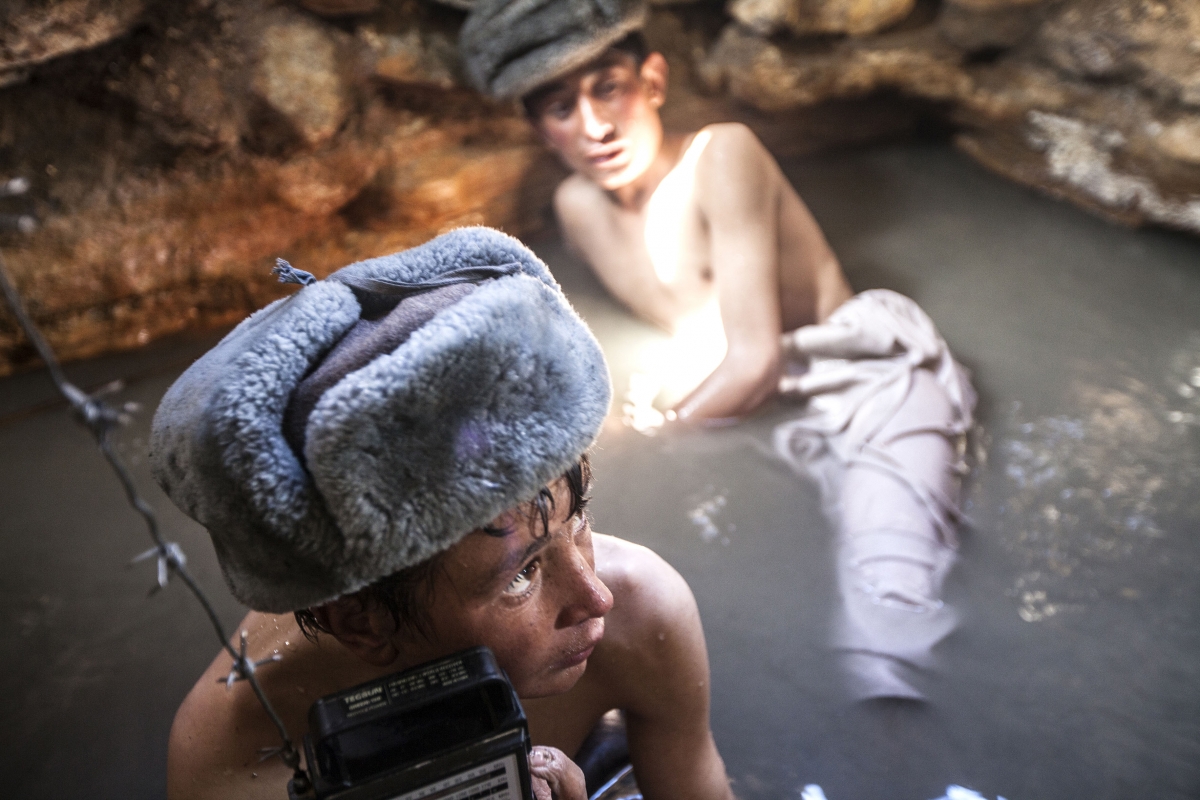 Similarly collagist, Pieter-Jan De Pue's The Land of Enlightened is a doc about Afghanistan that mixes staged and observed material to try to draw together divergent elements of a nation that remains very much in flux. The film opens with narration describing Afghan's mythical origins that immediately transform from straight documentation to allegory. From here, without imposing much in the way of structure or narrative drive, the perspective shifts around the country, from an anarchic, performative troupe of child militia seen in a series of staged encounters to the Afghan and American forces, who are captured with a more observational, distanced eye.

De Pue's cinematography is the most noteworthy part of the film, beautifying and mystifying the natural landscape and capturing the life and energy of the people that inhabit it through his Super 16mm recordings. A photographer by trade, De Pue fluidly mixes all kinds of visual styles — striking, rigidly composed, wide-shot compositions; more intimate, roving extreme close-ups; time-lapse; slow-motion; and other image manipulations. Entirely free of context or exposition, The Land of Enlightened is very much a piece of dramatic entertainment—and, it could be argued, slightly detached and apolitical.

As many creative documentarians like to argue, there is already plenty of good journalism available to view and read on these subjects. When making a film, the aim has to be not just to accurately and ethically represent the subject or situation but also to bring something new to it, whether that be in the way the medium is utilized or the form in which the delivery arrives. The Land of Enlightened isn't the most successful hybrid — its contrasting, experimental elements feel haphazardly stitched and its employment of fictive devices feels awkwardly staged — but experimentation sometimes demands failure in order to enable progression, or at least, variation.

Iranian filmmaker Reza Dormishian's latest film, Lantouri, is a slippery, confrontational piece of docu-fiction that takes a shocking central incident as a starting point from which to initiate a cross-societal examination of Iran's values and attitudes. Situating his films within an Iranian tradition of muddling the real and the fictitious, Dormishian here uses dramatic recreations and mock-interviews to deliver a developing story of the activities of a gang of young Iranian criminals. 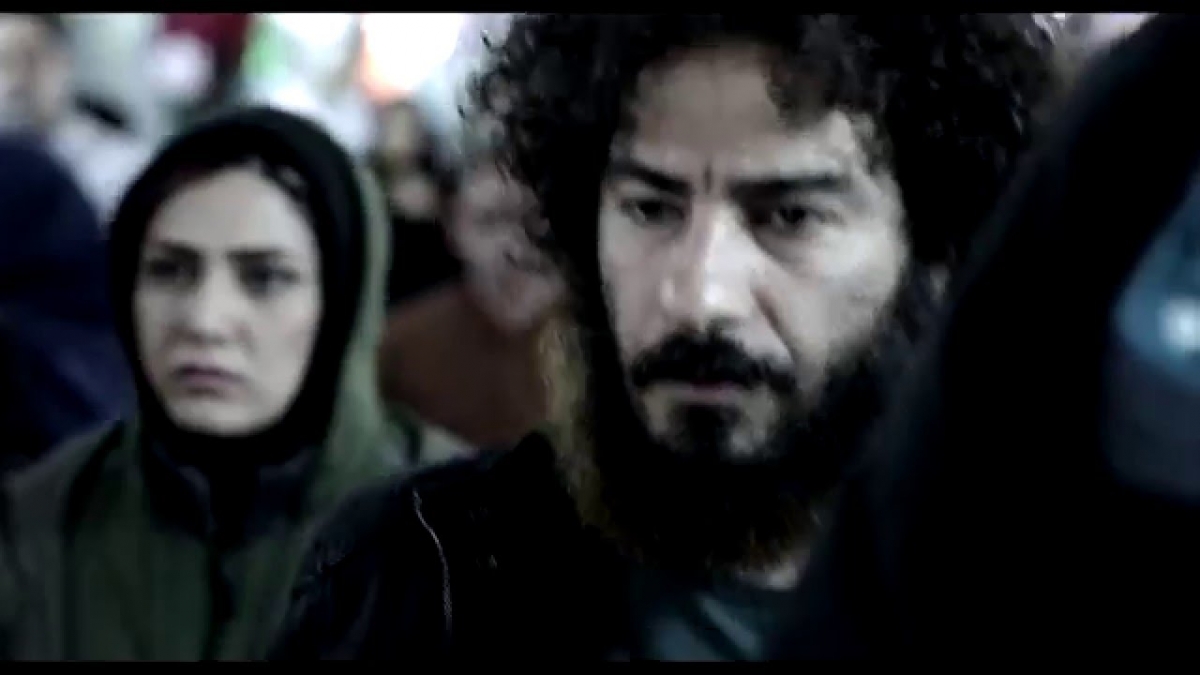 Told in fragments from many conflicting perspectives, Dormishian employs an aggressive formalism — rapid, conflicting dialogue exchanges from countless contributors, all rapidly cut and hyper-stylized, interposed by snap-second still images accompanied by a paparazzi camera shutter sound effect. The result is jarring and assaultive, emphasizing the intergenerational conflict that the emerging complications of the case reveal, and providing a forceful narrative propulsion that is unrelenting in both velocity and intensity.

By the end, Lantouri is too strong. The violent dramatization of a central incident involving acid burns to the face turns the stomach for no real gain, and the relentless pace at which the doc moves proves more exhausting than energizing. Still, Lantouri reveals an angry, engaged filmmaker using the complications and possibilities of the form as a means to push ideas and encourage reflection.

The film that pushed the idea of hybridization furthest was Michał Marczak's record of youthful hedonism, All These Sleepless Nights. All but indistinguishable from fiction filmmaking, the film presents something of a "constructed reality." Marczak, acting as his own DP, follows three Warsaw students locked in a love triangle along a never-ending crusade of parties, capturing the revelry in elegant, roaming steadicam. This style, one that takes fictionalized situations and places them within real spaces, brings to mind another emerging European documentarian, Roberto Minervini, whose films (The Other Side, Stop The Pounding Heart) engage similarly with the process of hybridizing factual and fictional forms, and have the same focus on aestheticizing the real. 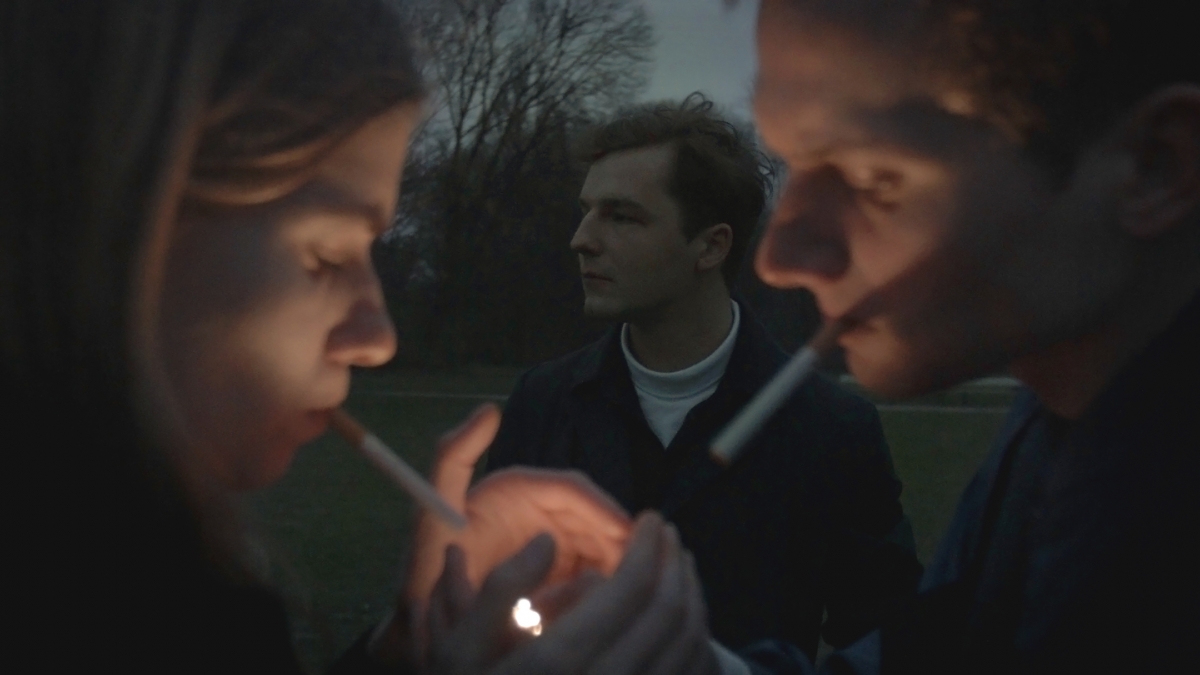 Beautiful and transient, All These Sleepless Nights is little more than a journal of the lifestyle the title suggests, and as such may irritate some with its frivolousness and emphasis on surface pleasures. (The question over how the three 20-somethings are funding this excess raises issues of class privilege that the filmmakers may or may not be probing themselves.) As straight cinema, though, it's remarkably effective—the gorgeous, precise camerawork, inspired song selections and dreamlike, elliptical editing keep proceedings consistently entertaining and dodge the expected sense of making the viewer feel like an outsider looking in on a party.

Most interesting, perhaps, is the issue of style. In Marczak's film, as in an increasing number of others at festivals like Karlovy Vary, it's impossible to identify what is constructed and what is real. But does it always matter? As long as the story is engaging and the filmmaker is responsible to the subjects, pontificating over lines of fact and fiction seems slightly beside the point. As this cross-section of documentaries that embrace the idea of hybridization show, many modern filmmakers, for better and for worse, are largely unworried about how true to any particular documentary doctrine they are or even how their film will be classified. The concern is over what is the best form to express an idea or depict a situation, and less rigidity over ideas of fact and fiction will only produce increasingly interesting, if sometimes erratic, results.