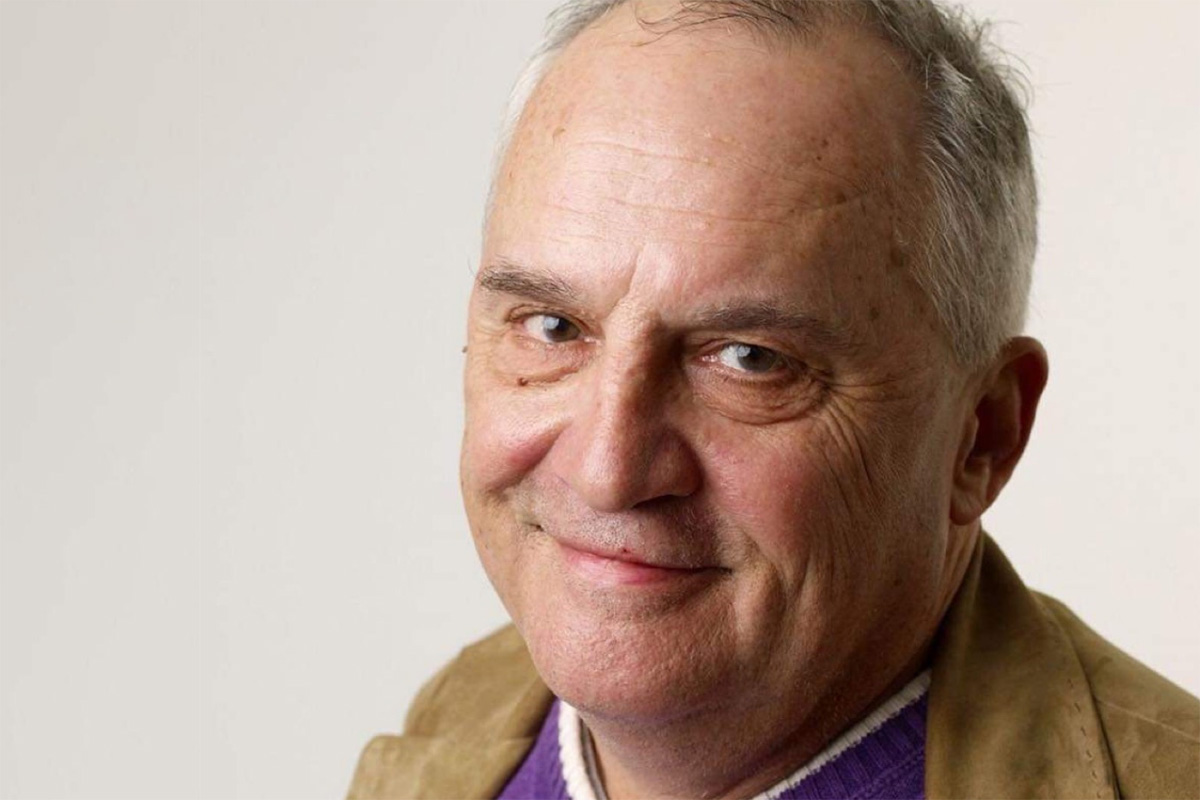 Sometimes the right people win the big awards. Certainly, that’s the case with John Zaritsky, a fiery, truth-telling filmmaker, who garnered the Best Feature Documentary Academy Award in 1982 for Just Another Missing Kid. The Oscar, which, in later years, he would use as a door-stopper for his legendary parties at a ski chalet in Whistler, British Columbia, was far more useful as a passport that got him from being an angry filmmaker at the CBC (Canadian Broadcasting Corporation) to independence as a freelancer working for PBS’ FRONTLINE and other outlets in the US, Canada and Great Britain over the next 40 years. During that time, Zaritsky augmented his Oscar with a Cable Ace Award (for Rapists: Can They Be Stopped), a DuPont-Columbia Award (for Romeo and Juliet in Sarajevo), six Canadian Geminis (now called the Canadian Screen Awards) as well as prizes from New York Film Festival, American Film Festival, Banff Film Festival, and too many others to mention.

Zaritsky, who died on March 30 of heart failure in Vancouver, British Columbia, worked in the grand tradition of journalism and documentary filmmaking. It’s not a job for the faint of heart or those who are willing to curry favor with the powers-that-be. In his forthcoming autobiography, he recalls being a rookie reporter and photographer encountering a woman “cradling her dead husband in her arms…I kept cool and was able to get my camera out and get this great shot…which won the Canadian Press picture of the month.” Zaritsky kept that coolness throughout his career. Within a few years, he became a top journalist for Canada’s national newspaper, The Globe and Mail, garnering the National Newspaper Award in 1972.

When Peter Hernndorf, the head of current affairs for the CBC, decided to transform the national broadcaster’s handling of investigative reporting, he created The Fifth Estate, which continues to be the station’s premier show for network journalism. Among the five key people he recruited to start the unit was Zaritsky, whom he saw “morph quickly from a reporter to a filmmaker. He could take on responsibilities as a field producer and had a real feel for the rhythms of documentary filmmaking.”

Zaritsky took on Just Another Missing Kid as an assignment that was intended to be a 15- minute segment on Fifth Estate. The Wilson family, whose son Eric was the “missing kid,” realized that he was dead but wanted the CBC to profile the private detective who had helped solve the case. What happened was far more extraordinary. Zaritsky met with Jim Conway, the private eye, after talking with the Wilsons for hours. The tale told to him aroused his instincts as a reporter and his nascent skills as a longform storyteller.

Eric Wilson, a naive Ottawa boy, had picked up the hitchhikers who had killed him. The horrifying tale and how it was uncovered was long and complicated, traveling a road from Maine to Colorado and featuring Butch Hatch, the kind of despicable villain out of a Dickens novel. What’s worse is that no one in authority in the US cared: he was “just another missing kid.” Everywhere along the line, the justice process failed the Wilsons and favored Hatch.

“He got people to open up to him because they could see that he really cared about them. They just really trusted him to show them in the best possible light.”

Zaritsky wrote in his autobiography, “The story made me so angry I realized I wanted to make a film that was an indictment of the system.” In its slow, methodical process, Just Another Missing Kid recalls the Continental Op stories of Dashiell Hammett, a former private eye, and Truman Capote’s In Cold Blood. That’s part of the doc’s appeal; the other is the use of recreations, then so unusual in nonfiction filmmaking that the CBC refused to broadcast the piece. But Zaritsky wouldn’t bend. “After four months of kicking and screaming, they realized it was hopeless, and if they didn’t run it at 90 minutes, I would never work again. They ran it as I had delivered it, and the rest is history.”

“There was a lyrical side to John and Just Another Kid captures it,” Hernndorf says. “We had hired this guy for one set of skills and discovered that he could tell a story with a big arc.”

After his Oscar win, Zaritsky left the CBC, becoming a strong independent voice in documentary-making. He scored a prestige hit with Tears Are Not Enough (1985)—a rock concert film starring Bryan Adams, Joni Mitchell and Neil Young, which was a fundraiser for famine-stricken Ethiopia—and began to make work for PBS. A high point was Romeo and Juliet in Sarajevo (1994), the tremendously moving account of the deaths of 25-year-old Bosnian lovers Admira Ismic and Bosko Brkic—one Christian, one Muslim—who died in each other’s arms, cut down by sniper fire during the chilling destruction of Yugoslavia in the early ‘90s. Once again, Zaritsky’s storytelling skills are present: His attention to detail and the nuances of all that occurred during that fraught time are captured with precision and compassion.

During the late 1990s, Zaritsky left his native Ontario for the wilds of British Columbia. While always a hard worker with plenty of projects on the go, Zaritsky was also “Johnny,” a peripatetic charmer, who readily admits in his autobiography to having a “passion for marijuana, alcohol and women.” He became friendly with a young skier nicknamed Johnny Thrash and “ended up skiing 70 days a year like all the young guns and ended up getting in great physical shape because of it.” His transformation resulted in a film, Ski Bums (2002), which was picked by Robert Redford for the Sundance Film Festival.

Ensconced in Vancouver by the 2000s, Zaritsky happily married Ann Clutton and continued work as an independent filmmaker. He taught for several years at University of British Columbia, eventually producing a three-part, six-hour documentary, College Days, College Nights (2004), which effectively captured life on campus for a variety of students dealing with issues ranging from excessive drinking to difficult relationships to racism. One of his stellar students, Nimisha Mukerji, recalls that Zaritsky spoke “in a low voice so you had to lean in to hear him” and instead of introducing his work with Just Another Missing Kid, he showed Romeo and Juliet in Sarajevo. “When it ended,” she recalls, “you just sat there and thought, ‘Well, he’s not just kidding around.’”

Mukerji scored a huge success shortly after graduation with 65_Red Roses, garnering festival awards and a broadcast premiere on OWN. Zaritsky gave her notes, praised cinematic moments in the film and, above all, encouraged her to “think big—you’re making something special.” She and her partner became good friends with her former prof. “We would have long dinners, talking about art and politics. Johnny always loved controversy and debate. And he always wanted your opinion.”

That comment was echoed by Tanya Maryniak, Zaritsky’s editor on The Wild Horse Redemption (2007) and Do You Really Want to Know? (2012). Although she, too, was far younger than him, Maryniak found that “Johnny was very open-minded with people he trusted. He really wanted to know your perspective.” The exception was when he received notes from producers and broadcasters. “He would feel threatened by them and really fight back,” she recalls. Gordon McClellan, Zaritsky’s editor on Just Another Missing Kid and over 35 years later on No Limits: The Thalidomide Story (2016), agrees—with the exception of the producers of FRONTLINE, whom he felt “really respected him.”

Zaritsky occasionally defined himself as an adult who never got over the childhood “oppositional defiant disorder” syndrome. It meant that he naturally worked against authority figures. The corollary for him was that he espoused the cause of people whose lives were affected by oppressive or unresponsive governments or agencies (The Suicide Tourist, Just Another Missing Kid, Romeo and Juliet in Sarajevo) or by medical mistakes (No Limits, Broken Promises) or fatal diseases (Do You Really Want to Know?, Leave Them Laughing). He was always fighting for the oppressed, in classic journalistic and documentary style.

As editors, Maryniak and McClellan got to see Zaritsky’s full interviews with his subjects. Both remain impressed. “I’m still blown away by how amazing he was as an interviewer,” McClellan says. “He got people to open up to him because they could see that he really cared about them. They just really trusted him to show them in the best possible light.” That was Zaritsky to the end: a documentary filmmaker with the instincts of a great storyteller who fought to tell the public about people whose lives were shortchanged—but who mattered to him and, ultimately, to us.

Marc Glassman is the editor of the Canadian documentary magazine POV and an adjunct professor in the Documentary Media program at Toronto Metropolitan University. He reviews films every week for the Toronto radio station Classical 96.3FM and is the artistic director of the literary event program Pages UnBound.