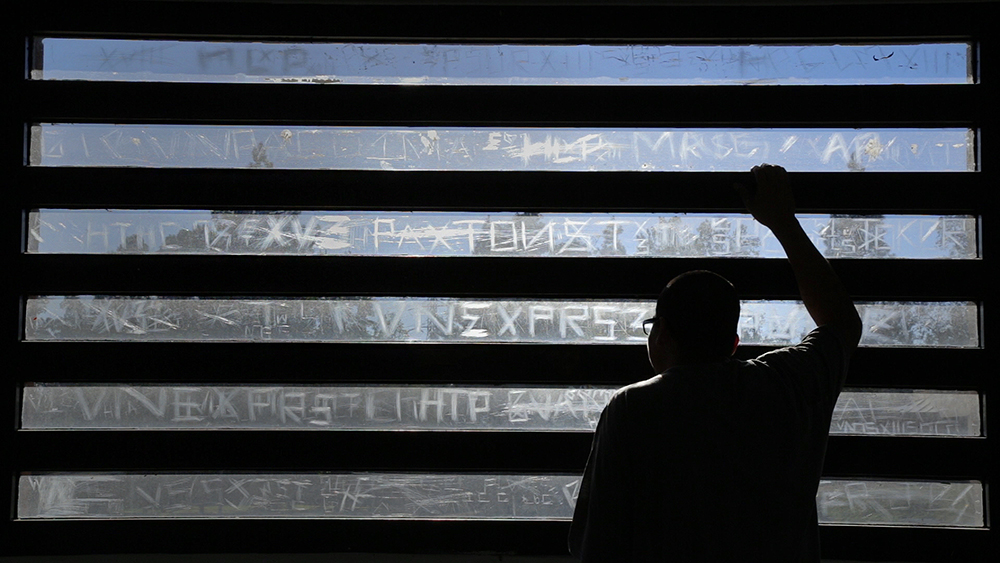 Over the past five years or so, the Los Angeles Film Festival called Downtown LA its home, after decamping from its previous digs in Westwood Village, near UCLA. Whereas the Village afforded a truly festive context for LAFF, with its cluster of cinemas and eateries within walking distance of one another, making for a self-contained celebration of independent film, the festival seemed lost in its downtown digs amid the whizz-bang flashiness of LA Live and the Staples Center, and the sleek ritziness of the surrounding luxury hotels and soon-to-be-tallest building West of the Mississippi. Even within the Regent multiplex, the festival struggled to hold its own among the blockbusters that surrounded it. Whereas Westwood was really enhanced by having LAFF there for ten days, Downtown LA subsumed the festival, made it almost incidental despite its strong marketing efforts and support from The Los Angeles Times.

Enter Culver City, with its storied Hollywood bona fides: Both The Wizard of Oz and Gone with the Wind were filmed there, and Sony Pictures Entertainment is headquartered there. Culver City, with its art galleries and restaurants, has the feel of a hip small town—an ideal host for a festival. And for nine days, the town thrummed with festival energy, with LAFF taking over the ArcLight Cinemas and the historic Culver Hotel across the street, as well the Culver Studios lot, which served as both a party venue and a parking site—for an jaw-dropping $2.00 for the entire day! 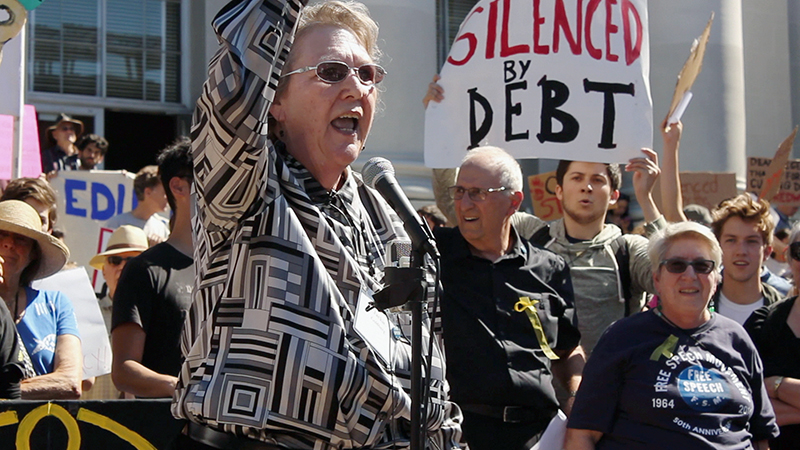 It's always a challenge for a festival to position itself in the calendar, and the beginning of the summer—on the heels of such high-profile doc showcases as Sundance, SXSW, Hot Docs, Tribeca and Full Frame, and immediately preceding Sheffield and AFI Docs—poses a challenge for LAFF to distinguish itself in a major way. Festival Director Stephanie Allain and her team managed to assemble an impressive slate of docs, including several world premieres and, for the first time in a while, a doc-specific Coffee Talk, featuring an all-star team of Ondi Timoner, Lucy Walker and Kirby Dick.

The House on Coco Road is Damani Baker's 15-years-the-making film about his mother, an activist and educator, who in her adventures, found herself a participant in or observer of key moments in recent American history—the Great Migration westward that so many African-Americans took to escape the brutal South; the rise of the Black Power movement, as personified by Angela Davis, whom Baker's mother befriended, first as her student at UCLA, then as her associate; her escape, with Damani and his sister, from the racial turmoil in Oakland to the seemingly utopian island of Grenada; and the US invasion of the island in 1983. While the film could have used a little more structuring and tightening—it's about so much more than Grenada; the Coco Road in the title refers to the town in Louisiana from where Baker's mother migrated—Baker manages to achieve the tricky balance between personal narrative and history, and weaves in a remarkable trove of home movies, archival material and on-the-scene footage from Grenada. And there's also the great, funky score from the great and funky Me'shell Ndegeocello. 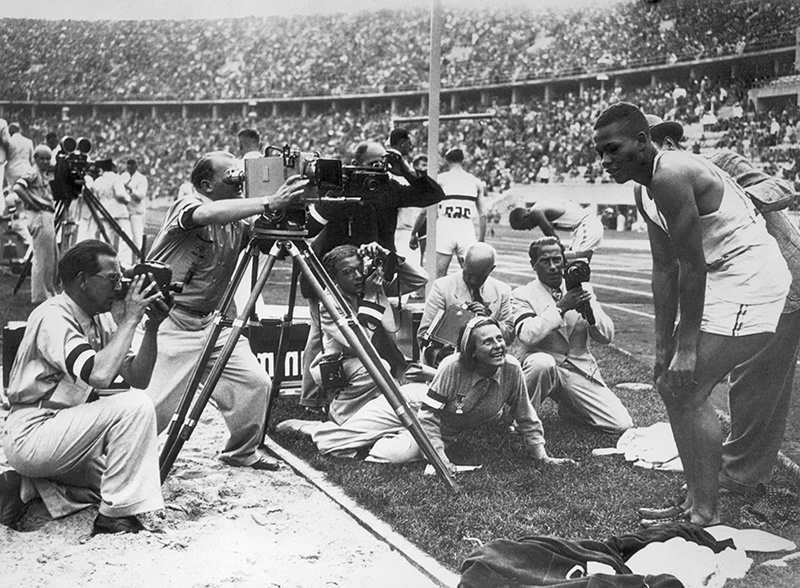 This being both an Olympic and a US presidential election year, LAFF stepped up its offerings accordingly. Olympic Pride, American Prejudice, from Deborah Riley Draper, uncovers a riveting tale about the 18 African-American athletes—Jesse Owens among them—who participated and excelled in the 1936 Berlin Olympic Games. Suffering the unforgiving realities of Jim Crow America and ambivalent about the prospects of competing in Hitler's Germany, the athletes, after much debate both the Black and Jewish communities about boycotting the Games altogether, opted to go, and in a strange, ironic twist, they were treated better in that fortnight in Nazi Germany than in their entire lives in the US. The Games, the film argues, foreshadowed the civil rights movement, having given African-Americans the opportunity to compete on equal footing with their white teammates in a high-visibility forum. Draper and her team scoured the archives across America and in Germany as well, tracked down the children and grandchildren of the athletes, and even interviewed Germans who had watched the games as spectators. The result is a rich story about the ambivalence of patriotism and the power of athletic achievement as a force for cultural and political progress.

Few Olympic Games have ever been free of politics, and conversely, politics is often engaged as an Olympic sport. But in reality politics is a grueling process, one that takes years, even decades to change the hearts and minds of legislators on both sides of the aisle in order to move a country forward. Or a state, as is borne out in Jonah Markowitz and Tracy Wares' Political Animals, which follows the first openly gay California State Representatives—Sheila Kuehl, Jackie Goldberg, Christine Kehoe and Carole Midgen—as they push forward legislation that would transform the lives of the LGBT community. Through footage of a decade or so of hearings in Sacramento, and running commentary from each of the four crusaders, Markowitz and Wares take the viewer through the painstaking odyssey of what it takes to pass a bill, and as the protagonists evince, it takes passion and intelligence, as well as tenacity and verve, in playing this long, often frustrating game called Change. Political Animals won both the Jury Prize and the Audience Aeard in the Documentary category. 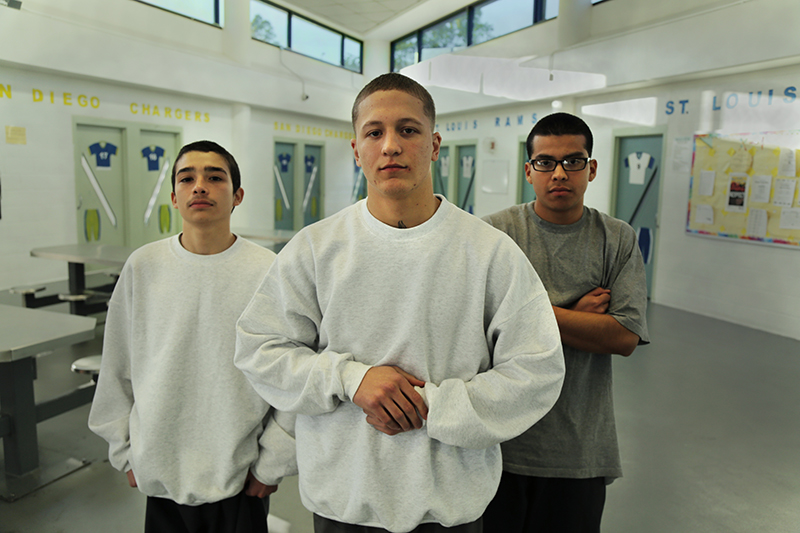 Politics is an undercurrent of Ben Lear's They Call Us Monsters, which examines the juvenile justice system through the lives of a selection of juvenile offenders. In the decades of tough-on-crimes legislation predominated our culture, we have seen a critical mass of juvenile offenders being tried and convicted as adults, and calls for reform and rehabilitation—particularly in California—have been reverberating the halls of the state capitol. They Call Us Monsters uses a screenwriting program in a correctional facility as a through line of sorts to point up the real possibilities of reform, as manifest in the wit and will of the kids in the program. The film goes a long way in undermining the "monsters" stigma in the title, venturing to their neighborhoods to give viewers a sense of the long adds these juveniles face. Despite the context, however, the film could have stood to include a little more the victims of the crimes. We do hear from one, and she gives a compelling testimony about her plight, but the film could have stood to hear from more, as well as some introspection and self-reflection from the offenders themselves . They may not be monsters, but they're not necessarily saints either. And in the end, there is hope: In the Q&A that followed the screening, we later learned that two of the characters in the film—now serving long sentences—are attending college behind bars.

Tom White is editor of Documentary/documentary.org.

END_OF_DOCUMENT_TOKEN_TO_BE_REPLACED

Running for History: 'Jesse Owens' Gives Us the Inside Track on a Sports Icon

The Making of a Revolutionary: 'Free Angela and All Poltical Prisoners'