Microaggression in the Documentary Business: Who Do You See at the Table? 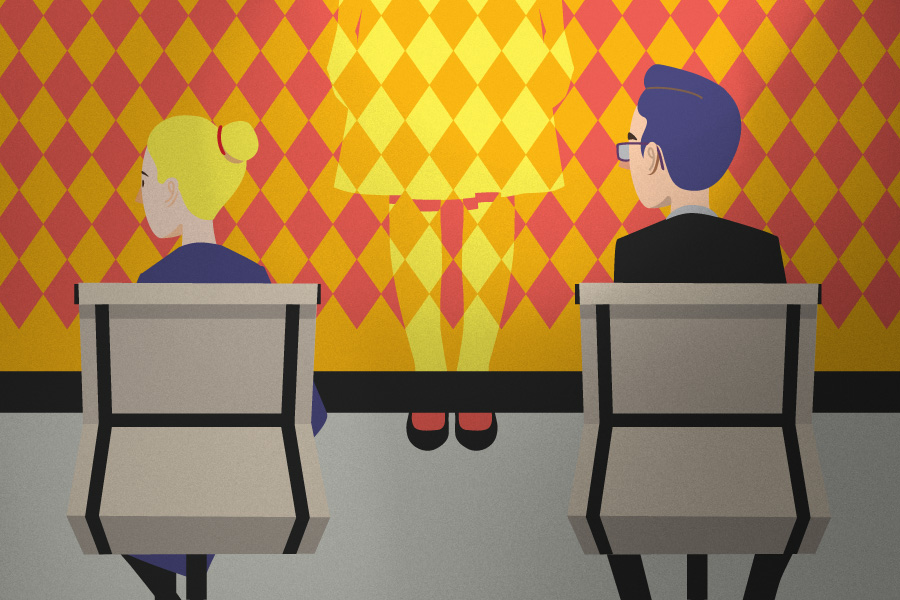 After living in relative captivity for more than a year, sharing our work lives through the flatness of Zoom meetings and events, and talking actively about racial justice, inclusivity and equality in a post-George Floyd world, I can’t help but wonder how our interactions will be different when we go back to the in-person space. The pandemic has opened the possibilities of how we can network, exchange ideas and collaborate remotely. While going through it, we have been shaken and forced to truly evaluate how non-inclusive the documentary industry has been at all levels, from leaders in our institutions to those being supported to tell their stories. There is an active commitment to bringing people from all backgrounds to the table. But have we really changed?

When thinking about the meeting space, this current virtualization of our interactions during the pandemic has created a ghost safe space for people of color that has ridded us of one of the most common microaggressions: not being seen at meetings. There is an apparent democratization of the work and network space. When more than two people are meeting virtually, we never know who people are looking at. They might be looking at you, at the camera, at your colleague, or at themselves talking. We can’t tell who is not looking at us.

This was different before the pandemic. During my first couple of years as program director at Chicken & Egg Pictures, and as a Mexican immigrant and a woman of color, a series of recurring incidents in the context of documentary film forums and festivals led me to reflect on this subtle but harmful act of not being seen at meetings—such as when the interlocutor is only addressing your white colleague at the table, or the person gives their business card to your white colleague but forgets to give one to you. When I would talk about it with other BIPOC colleagues and filmmakers, they would always relate to it. However, most white folks would often dismiss it, or debate it, or deny it.

The documentary industry context was certainly not the first where I faced this type of microaggression, but I was surprised at how frequent it was in the documentary industry. I remember one of the most upsetting of these incidents. I had been emailing with a Canadian white male executive to hold a meeting at Sheffield Doc/Fest for a potential collaboration between our organizations. At the last minute before the anticipated meeting, I invited a white colleague to join me. As soon as we sat down, the executive in question started to direct the conversation towards my colleague. I made several efforts to discuss the idea for collaboration, and after every comment or question I made, he would look at my colleague and direct his responses to her. He assumed the white person was in charge. Upset at the realization that I was not being seen, I left the table to go to the restroom. Once there, I ran into one of the filmmakers we brought to Sheffield to pitch her project, and I  told her what had just happened. I knew that as a Black woman, she would understand. To my surprise her response was, “This happens to you too?” “Of course it does!” I replied. “But you are already in the industry!” Yes, I already had a senior title position at a well-known organization and had earned the moniker of “Decision Maker,” but I was still a short brown woman, and back then there were even fewer BIPOC industry representatives in these spaces.

While in more recent years it’s less frequent because I’ve become more recognized in my positional power—that is, more people now see the Program Director I represent—I began to reflect on how this behavior affects emerging filmmakers and junior staff from marginalized communities and/or underrepresented countries in the industry who come with new energy and eager to immerse themselves in the liberal industry space of documentary filmmaking to pursue successful careers in the field. This still happens.

Because of my own experience, when preparing emerging women directors in our programs to take meetings with industry representatives, we tell them,

“If you are a woman of color taking a meeting with your white producer or co-director, you must be the first person to speak about your project. Your white colleague must be in this with you because the Decision Maker might look at them first to start speaking.”

We also tell them,

“If your meeting is attended by two industry representatives, and one is a person of color and the other one is white, look at both of them in the eye when you speak, and acknowledge both at the table.”

Why? Because no matter how much we have talked about inclusion and diversity in our industry, how liberal and non-racist our industry says we are, people’s unconscious (and conscious) bias will still drive them to look at the white person for answers.

In an existential, Sartrean way, not being seen is like being denied one’s own existence. Anyone who has brought otherness into a social space has experienced not being seen. The context varies but the behavior is similar—such as being a woman in a male-dominated space, being a person of color in a white-dominated setting, being disabled in a predominantly abled world, being a trans person in a cis context. Whether we call them microaggressions or little violent acts, as I prefer to call them, this often happens in the most subtle ways, and one is never sure if it really happened.

In an industry that feeds itself via the networking loop, for BIPOC emerging filmmakers and junior staff starting to navigate it, this can be quite harmful and adds another layer of intimidation when interacting with the power dynamics of those that will make decisions over their films and careers. This does not include behavior from all white people we interact with in our industry, but it has happened enough times to inspire me to talk about it.

In the last year, however, the temporary transition to the virtual space for most of our work interactions has disguised the way we see each other at meetings, and also the way we don’t see each other. It feels safe, but is it different? As we reach the light at the end of the lockdown tunnel, I can’t help but wonder if we have really evolved as a community. How far has racial reckoning gone into the depths of our unconscious bias and white supremacy in our industry? The work needs to go beyond just bringing more BIPOC filmmakers and executives to the table. It is also about acknowledging and really seeing all those at the table. If we want to talk about true diversity, inclusion and equity in our field, this must be drilled into the fabric of our unconscious and our day-to-day behavior.

As a community that did not stop growing together through questioning our values system during the pandemic, I ask while considering a future that is inches away: Once we are back taking meetings in person, all vaccinated and healthy, less fearful of posing health risks to one another, perhaps still wearing masks—once we are there, who will you look at first when sitting for a meeting? If you are meeting with two people—one white, the other, a person of color—who will you assume is in charge at a first glance?

Lucila Moctezuma is Program Director at Chicken & Egg Pictures, where she oversees the implementation of the organization’s programs in support of women and gender-nonconforming nonfiction filmmakers. She has held positions at a variety of NY-based media organizations such as UnionDocs, Women Make Movies, The Flaherty, Tribeca Film Institute, Rockefeller Foundation’s Media Arts Fellowships, and the Latin American Video Archive. Lucila is originally from Mexico City and she is interested in exploring how the dynamics of race, social class and privilege play out in our everyday interactions in the documentary industry.

END_OF_DOCUMENT_TOKEN_TO_BE_REPLACED

Who Is Telling Whose Story, To Whom, and Why?

Magical Realism and Other Subversions