Slow Cinema in the Fast Lane at DocLisboa 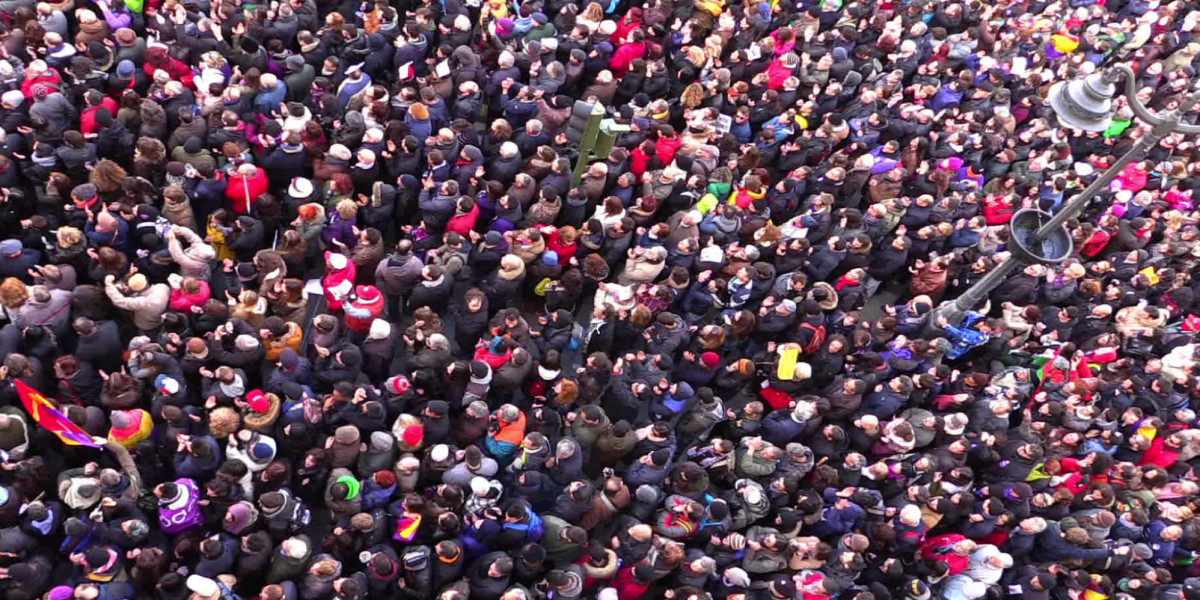 At DocLisboa, held in Lisbon, Portugal, in October, slow cinema is front and center. Or, as co-director Davide Oberto says, "It's cinema; it's not television. Our central character is curiosity."

Don't come here for the trendiest or best-selling doc in the nonfiction market. Come for the New Visions section, this year featuring the city symphony-esque art explorations of the late US experimental filmmaker Peter Hutton. Come for the retrospective of the first frenetic years of Cuban revolutionary cinema. Or for Ta'ang, the latest from Wang Bing, the Chinese filmmaker whose observational work requires immense viewer patience but yields improbable gems. In this one, he hangs out with Burmese refugees trying to eke out another impossible day on the Chinese border, away from civil war. Or the Peter Watkins retrospective. Or the appealingly thought-provoking work of winsome UK filmmaker Mark Cousins. Or the latest in Portuguese documentary, both from emerging and veteran producers.

This is a place where Rithy Panh's Exile, a meditation on the emotional experience of dislocation, flooded daily with memories of abuse and pain, is comfortably at home. The film is a series of video tableaux, hallucinatory and sometimes nightmarish scenes of beauty and devastation within a confined space that is endlessly refurbished. For those looking for narrative, it will be frustrating; but exile, the film emphatically asserts, has an anti-narrative. It is recursive, perplexing and extremely present. It's a film that lingers in memory, disturbs the very notion of memory and pushes the envelope of documentary.

Don't get hung up on shorts vs. features. They're all mixed up, both in and out of competition. Do pay attention to run-times. Otherwise, you won't have left enough time to watch the 235- minute Night and Fog in Zona, Korean filmmaker Jung Sung-Il's documentation of accompanying Wang Bing on a months-long film shoot. And you might miss Downhill, Portuguese filmmaker Miguel Faro's 17-minute, largely skateboard-mounted view of Lisbon streets.

"I was very happy to see my film here; it shows it can straddle festival borders," says US filmmaker and Rutgers film professor Kimi Takesue. Her personal documentary about her Hawaiian grandfather, 95 and 6 to Go, gently explores the complexities of a man who has avoided both inspection and introspection his whole life. DocLisboa was an endorsement of its aesthetic interest.

95 and 6 to Go (you'll have to wait to the end to have the title explained) uses the spectacular Hawaiian landscape as counterpoint and commentary on the confined life of this elder. His daily routines, including the serving of his voracious appetite, become a shared joke between maker and viewer. His embrace of sentiment in popular movies and music becomes a road into the imagination of a man who has stoically trained himself to endure. Among other things, the film explores the ethics of intensely intimate filmmaking.

Theo Anthony's Rat Film also provided an angled view of an American reality. The Baltimore filmmaker interweaves the history of the study of rat behavior, Baltimore housing segregation and resulting overcrowding of the poor and people of color, and the daily life of a man who loves his job of rat extermination.

Israeli filmmaker Avi Mograbi, whose Between Fences showed at DocLisboa, was enjoying watching other filmmakers' work - for instance, 300 Miles, by Syrian director Orwa Al Mokdad. Mokdad offers a grim and alarming inside look at the grinding, unending Syrian civil war from the viewpoint of his young niece, a college student-turned-peaceful activist, and a commander of a faction on the front lines. 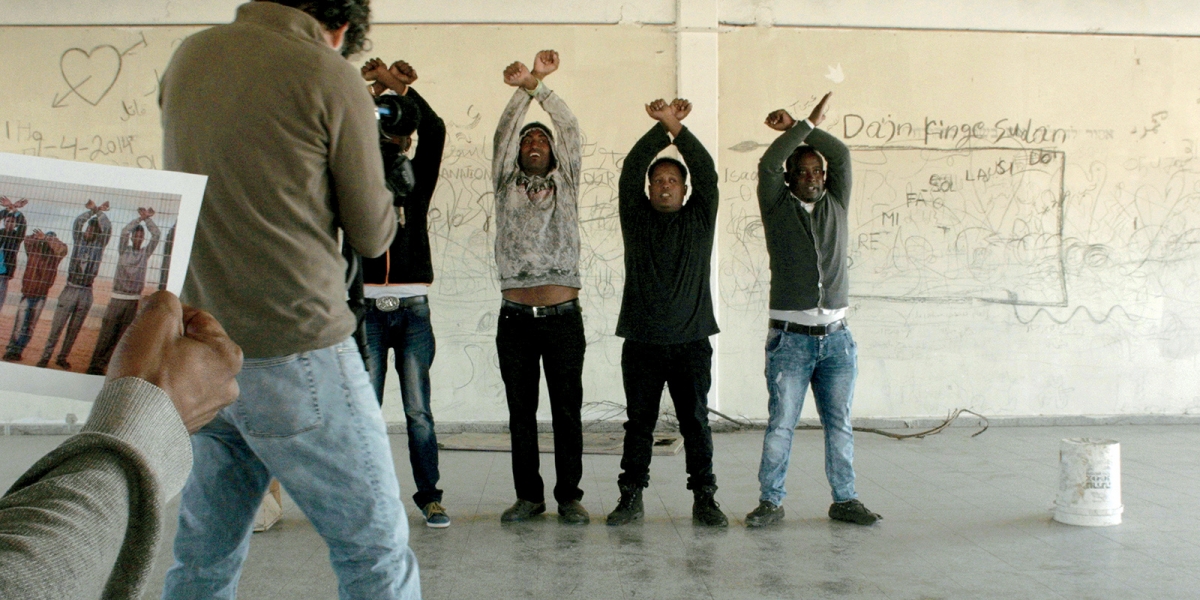 By contrast, Between Fences has Mograbi's black, left-wing humor running through it, sustaining the viewer through a maddening story about Israeli detention of African refugees. Israel refuses to grant visas to the refugees, while detaining them unless they volunteer to return to their own or other countries. To grasp their situation, Mograbi and theater director Chen Alon created impromptu, Theater of the Oppressed-style dramas with inmates at a detention camp.

As the men open up and tell their stories, they reveal a complex knowledge of Israeli politics and the daily racism of Israeli society. Their enactment of racism on an Israeli playground - they play the Israelis, while Israeli volunteers play refugees - leaves the volunteers shaky. As always, Mograbi makes himself part of the story; he and Alon share their doubts about whether making theater is more than an absurd response to a human rights crisis. The film is still awaiting international distribution.

Sharp critique of the European financial crisis was on display as well, in the aftermath of Brexit and in a country where austerity measures have hit hard. Michael Chanan's Money Puzzles uses the board game of Monopoly, played by young children, to introduce a Marxist critique of European debt, particularly in Greece. The film, divided into nine chapters, goes into bureaucratic offices and into the streets; officials, the unemployed, and the barely-scraping-along describe and dramatize the inequalities of financial capitalism. Argentinians discuss the consequences of defaulting on their international debt. Ultimately, the children remind us of the remorseless behavior of the bankers. Chanan plans to make all nine chapters available on the Web, to encourage wide and educational use.

Canadian Richard Brouillette's Oncle Bernard - A Counter-Lesson in Economics revives a 15-year-old (but remarkably durable and timely) interview with Keynesian economist and critic of globalist financial capitalism Bernard Maris, who was killed in the Charlie Hebdo attack in 2015. Catalan intellectual, filmmaker and sometime politician Pere Portabella's General Report II: The New Abduction of Europe is a kind of follow-on to a remarkable 1976 film he made. That film, also shown at DocLisboa, is a two-and-a-half hour report, whose urgency still registers, of heated conversations among political faction leaders and in the streets immediately after the death of Franco - everyone passionately invested in somehow, some way getting to democracy. The 2015 film also focuses on grassroots efforts to regain agency, this time at a moment of economic austerity.

The DIY activist spirit was honored in the Cinema of Urgency section. For instance, a screening of online work (some produced by Vice), showing frightening far-right-wing demonstrations, drew a large and young audience.

"We always look for films that live in the dialectic between what is going on and what you are looking for," notes festival co-director Oberto. "Because you have to know where you are, with whom you're dealing, and you find the reality you are looking for. But you have to be open too, because reality can change your plans. It's possible to make such films; it's never been easy."