At SXSW, Documentaries Feature the Obscure and the Super-Famous 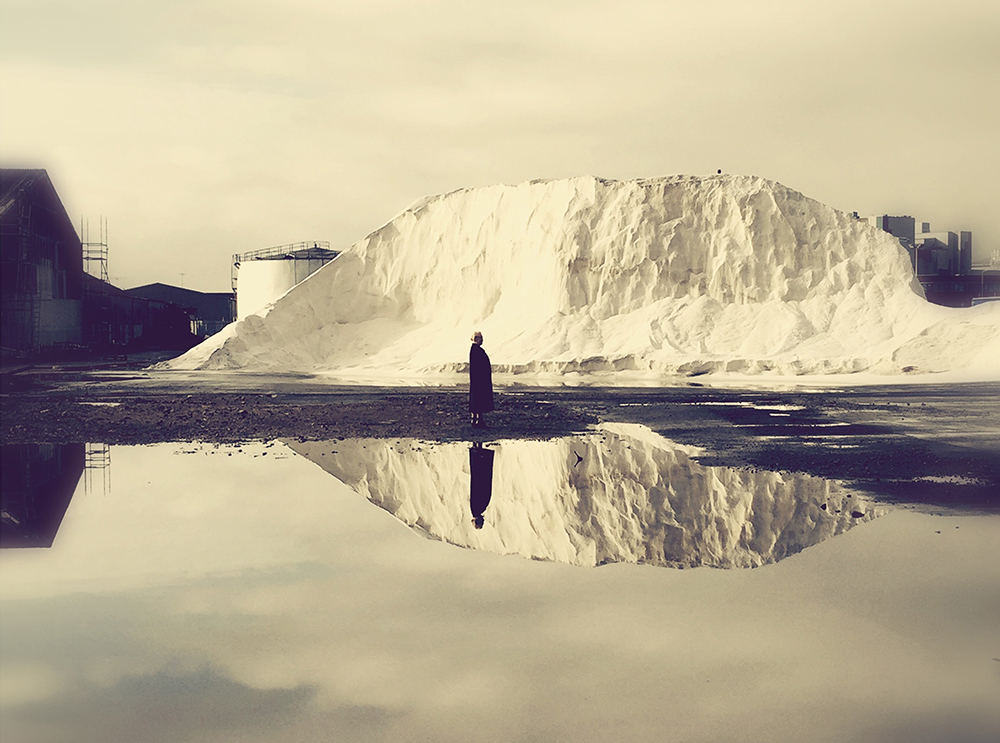 At SXSW this year, you could find great pleasure in films at two extremes of the commercially viable spectrum: the idiosyncratic passion project at one end, and the big and shiny, well-crafted work that may already be linked to a brand name. Both were a lot of fun to find, and they shared the ability to deliver a sense of discovery, of seeing past the obvious, while offering respect to both subject and audience.

On the passion-project side, one of the quirkiest was Irish film critic Mark Cousins' I Am Belfast. Cousins, a film lover who seems to want to give the form a bear hug at every opportunity, created the 15-part Story of Film TV series and has made other short films and organized improbable film events. I Am Belfast is a reminder of the many ways to use film to not just document reality, but rediscover it. It's a city symphony film; yes, that documentary genre lives. The film is narrated hauntingly by the spirit of Belfast—cast as a melancholy grandmother, old enough to recall prehistory and young enough to grieve the dead from The Troubles. The camera roams landscapes, natural and urban alike, with an endlessly curious eye and ear, reseeing and rehearing the familiar and making the spectacular friendly. Striking sequences from Belfast's past (through historical footage) and present are presented with the childlike wonder that Cousins seems to bring to all his projects.

A film like I Am Belfast requires a kind of slow-food attitude about film, and so does Boone. A remarkable cinéma vérité look at hyperlocal agriculture, it strips away the romance from farming and gives us something a lot more interesting in its place. The film follows Oregon goat farmers through the seasons as they wordlessly work through their strenuous days. Well-crafted soundscapes intensify the experience. The tensions build as the farmers try to hold on to a farm whose economics can't fight the realities of Big Ag. This is cinéma vérité the way it started out, a plunge into other rhythms and realities. Filmmaker Chris LaMarca is a veteran photojournalist, sought after for magazine photo-spreads, and his compositional skill is evident. "This isn't just about farming," he said after the screening, "but about what we value in living."

Veteran Canadian filmmaker Daniel Cross' I Am the Blues is a music doc about an endangered musical tradition. As a teenager, Cross stumbled across and ended up hanging out with a group of blues musicians at a music festival; the experience left him with a bucket-list project to make a tribute film to guys like that. With the help of a regional music promoter, he connected with extraordinary musicians in Louisiana and Mississippi. Bobby Rush, an 80-year-old known as "The King of the Chitlin' Circuit," is the film's guide. He takes the viewer through what Cross calls "ruin porn"—the devastated landscape of abandoned cotton towns—to vital oases where old men and women get together to play the blues. At the Blue Front Cafe in Bentonia, Mississippi, old men trade stories in song. Barbara Lynn, who still plays left-handed guitar amazingly, talks about travelling the circuit as a teenager, with her mother as chaperone. Rev. John Wilkins performs "That's No Way To Get Along," written by his father, Rev. Robert Wilkins, to demonstrate the closeness of the blues and gospel traditions.

Backstories peep through from time to time. Rush recalls as a child watching his sharecropping family be swindled out of their profits, and later as an adult having to play behind a curtain up north. But the film doesn't dwell on the reasons they call it The Blues. "I wanted to celebrate the life energy that let them survive all this time," Cross admitted after the screening. He was seeking distribution for the film, which he made for the Documentary Channel in Canada 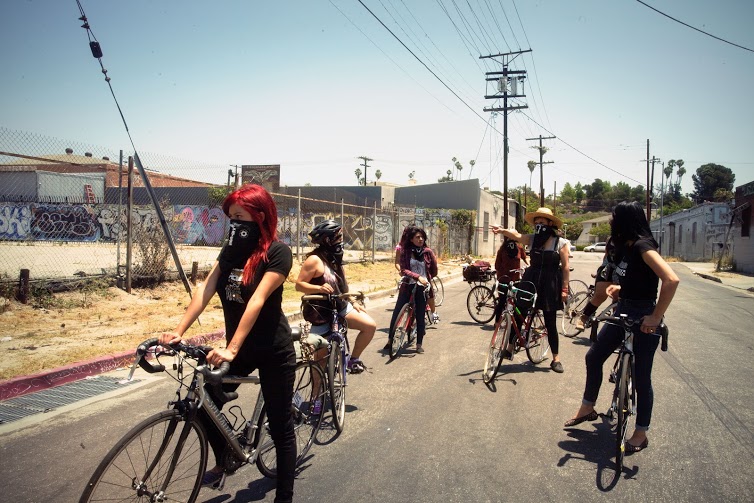 Joanna Sokolowski and Kate Trumbull-LaValle's Ovarian Psycos introduces us to a women's movement that's Latina, young and really, really tough. The film takes its name from the name of a group started by Xela de la X, a young woman and mother in East LA, where women are routinely beaten and sometimes murdered by people who know and claim to love them. The directors made their first film straight out of film school, where they had stumbled on the group while working on an engagement campaign for another film. They leveraged remarkable access to make an intimate portrait of young women asserting their right to the streets and their own lives, in a group that mimics gang social gestures and rides bicycles at night. They also meet and learn the stories of the mothers of the "Ovas."

The filmmakers had to work on their relationship with the subjects. "They challenged us throughout the production on our privilege, on being outsiders, if we were asking the right questions, if we overstepped," Sokolowski recalls. "It was so incredibly helpful to have someone checking you throughout. And it helped them have ownership over the material. The women were able to be so open on camera because of how much ownership they felt they had in their stories in production." The first-time filmmakers got both funding and guidance from ITVS; look for Ovarian Psycos eventually on public TV. 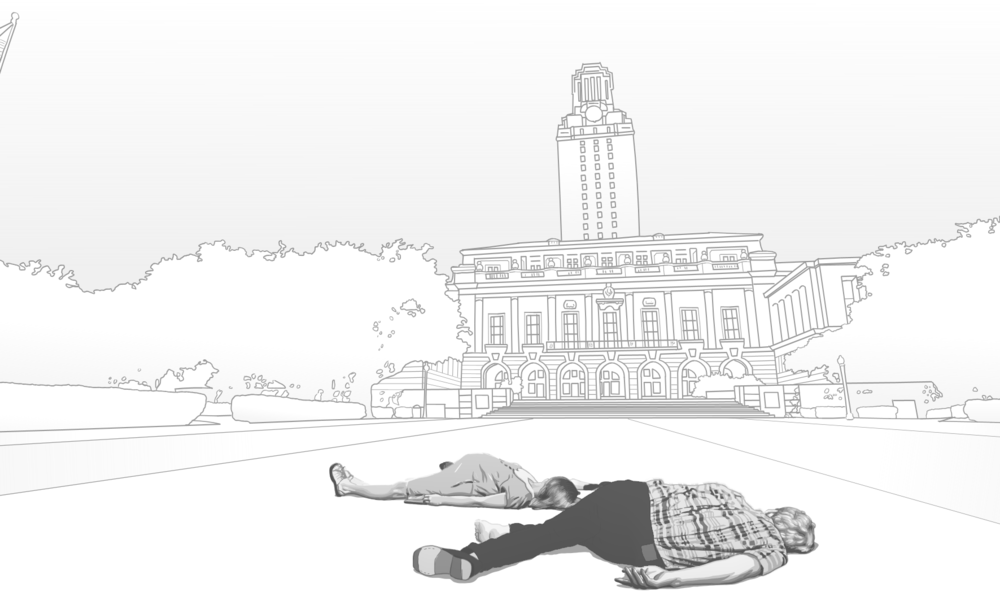 TOWER, which earned both the Grand Jury Award and the Louis Black "Lone Star" Award, is an innovative project by a seasoned director, Keith Maitland. The film uses rotoscopic animation to bring meticulously researched history alive, in pathbreaking ways. Maitland retells the 96 minutes during which the first mass shooter at a college held the University of Texas hostage from its iconic tower. Maitland pieced together the stories of survivors, rescuers and those who shot the sniper, through archival research and interviews, and engaged actors to perform as these individuals, using their stories as the source material. The script is carefully crafted to both be historically accurate and recount the event as it unfolded, with the peculiar combination of suspense and languor that the seemingly unending incident involved. Only after the storyline and characters are well established, more than halfway through, does the film introduce us to some of the characters today. That choice reveals both the level of artifice and the level of accuracy that combined make this an exemplary and admirable piece of work, as well as a riveting experience.

Ironically, the 50th anniversary of the shooting will happen on the same day that the Texas concealed-carry law on campus goes into effect. Along with ITVS backing, which will smooth the way to a public TV release, Maitland also secured such celebrities as Meredith Vieira and actor Luke Wilson as producers, because of their interest in the subject and in gun safety. Maitland is finishing work on an associated website, beyondthetower, to collect other stories of that day that are sure to come up, with the anniversary and film release. TOWER Another history film, Orange Sunshine, also creatively re-enacted the past in telling the extraordinary story of the Brotherhood of Eternal Love. This spiritual group of the 1960s and 1970s committed itself to giving the masses free LSD, in hopes of transforming human consciousness. Eventually, of course, cartels were involved. But the founders—whom filmmaker William A. Kirkley miraculously found and was able to interview—never lost faith. The film's evocative re-creations, in soft focus, mimic super-8 home videos of the time.

Accompanying this film at SXSW was a four-minute virtual reality piece, using the Vive headset, evoking an LSD trip. Produced by Masters of Shapes, it provides a gently disorienting, delightful experience using a game platform. The trip itself provides a narrative arc, and the journey is self-guided. It is the rare VR experience that I actually wanted to do again.

SXSW also featured a raft of music, performance and sports documentaries that will ride to television slots nicely on a combination of technical expertise and celebrity status. Some showed exceptional craft. Joe Berlinger's Tony Robbins: I Am Not Your Guru goes backstage with the fabulously successful motivational speaker, on his home turf in southern Florida, during an annual event, Date with Destiny. With Robbins, it seems that what you see—an extraordinarily energetic, upbeat, shrewd psychological manipulator with a passion to use his powers for good—is what you get. Barbara Kopple's Miss Sharon Jones! features the soul singer who, as she tells us, defied music industry types who told her she was "too black, too fat, too short and too old" to be successful, at a moment when she was fighting pancreatic cancer's effect both on her body and career. The film ends with a hit album; Jones has announced, though, that the cancer has returned. Louis Black (founder of the SXSW fests) and Karen Bernstein, who has many credits including for American Masters, teamed up to make an artistic profile of one of Austin's favorite sons, Richard Linklater: Dream Is Destiny. The director's constant negotiating between the constraints of mainstream motion pictures and his own vision drives the story. Finally, Irene Taylor Brodsky's Beware the Slenderman, soon to show on HBO, started when the cabler sent Brodsky a link to a story about two tween girls who almost killed their playmate for fear of an Internet monster. The true-crime tale avoids sensationalizing the story (it's plenty hair-raising as it is) and demonizing technology, while showing how such an outcome was even possible.