Watching Docs in Tehran: A Festival Thrives in Iran 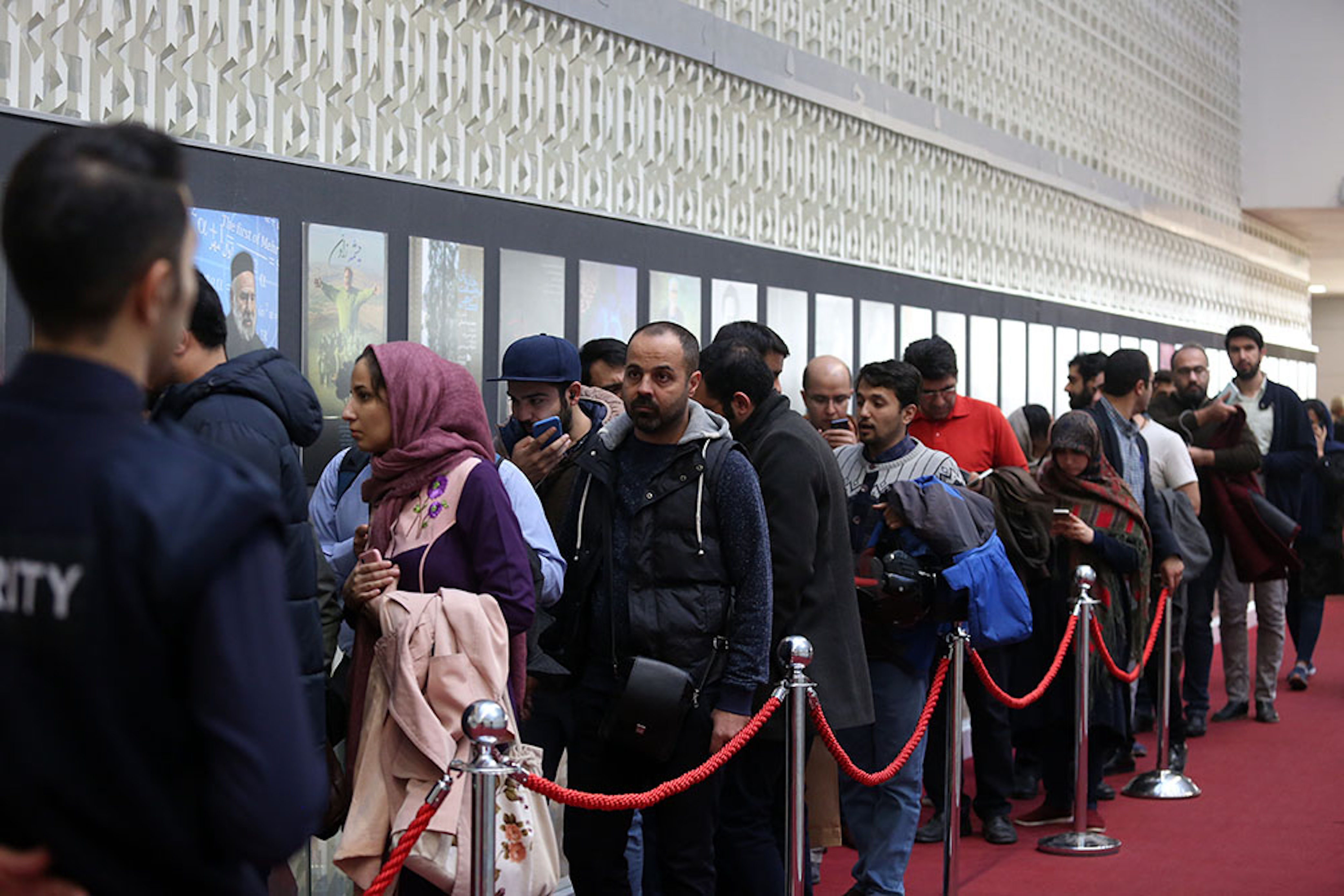 This past December, the Cinema Vérité Iran International Documentary Film Festival staged its 12th edition. For the last three years, the festival has taken place in a large multiplex, Charsoo, in the busy business district of Tehran, surrounded by appliance and mobile phone shops. It is a newly renovated building that houses upscale Samsung and other tech stores on its ground floor. The festival was on the 6th floor, above the food court and away from shoppers. For six days the festival drew thousands of mostly young people, including students, filmmakers and artists.

Charsoo comprises six theaters, each of which screened films from 10 a.m. until midnight through the run of the festival. Besides the screening rooms, spaces were allocated for presentations and discussions with filmmakers and for Iranian media to conduct their interviews. Nightly broadcasts on the Documentary television channel offered viewers highlights from the festival. Attendees also included about 15 guests—filmmakers, distributors and festival programmers—from Poland, Germany, France, India, Japan, Russia, Netherlands and the US. They were stationed at the Market section of the festival, where they made presentations to the public and held private meetings with filmmakers who had questions about distribution of their work. Some of films from Europe and the US that screened at the Cinema Vérité Film Festival included James Longley’s Angels Are Made of Light, Cordelia Deverak’s Marceline, A Woman A Century and Werner Herzog’s Meeting Gorbachev. I accompanied Kim Spencer from Los Angeles-based Link TV/KCET. In his presentation, he addressed the types of documentaries their channel shows, which include social issue documentaries from around the world. In the past the channel aired a series dedicated to Iranian films called Bridge to Iran. I was a producer on that series, which ended in 2012. Spencer was interested in acquiring Iranian films again but was concerned that the strict US sanctions would make it impossible.

You could see the effects of the sanctions on prices, which had tripled for many items or had at least doubled for food and necessities over the past year. In response to price hikes, the festival had cut back on expenses, such as offering air travel for their international guests. But they did provide for hotel accommodations, daily meals and organized outings. Despite the high prices, restaurants at the festival location were well attended. Admission to the festival was free, which contributed to the high attendance. Over the years, filmmakers have objected to the free admission structure as being counterproductive to the documentary field. They want audiences to value documentaries, and believe that charging an admission fee would not impact the popularity of the event. The festival can afford to be so generous because the sponsor, Documentary and Experimental Film Center (DEFC), is government-supported, as are most of Iran’s cultural institutions.

The films at the Cinema Vérité Festival were divided into several categories, such as “Six Stories from the 1979 Revolution”; “Industrial Documentaries,” a showcase of German documentaries; and a retrospective of the work of veteran filmmaker Manouchehr Moshiri. The main attraction of the festival was a selection of new Iranian releases, particularly those made by renowned filmmakers. The films included: Homayoun, by Pirooz Kalantari, a delightful portrait of an idiosyncratic and prolific businessman and publisher; All of Mamma’s Children, by Rezvan Sarmad, about a matriarch who decides to turn her house into an apartment building for her children, but also wants to save her favorite garden; the IDFA Award-winning Delband, by Yasser Talebi, about an elderly widow who lives alone in the northern mountains of the Caspian Sea region; All That Is Missing, by Zeinab Tabrizi, about women who have struggled with breast cancer; Mysteries of the Lake, by Armin Isarian, about the ancient region of Takht-e-Soleiman and its small, very deep lake; Persepolis-Chicago, a crowd-pleaser by Orod Attarpour about ancient tablets discovered at Persepolis that have remained in the US and have not been returned to Iran, despite efforts by University of Chicago; and The Wedding of Zinat’s Son, an ethnographic film by longtime filmmaker Farhad Varahram. Zinat is the nurse and township representative who was the subject of several documentaries in the past because of her unusual status as a working woman in very conservative Qeshm Island. In this film, we witness the traditional nuptial ceremonies of her son’s wedding, highlighted by local music, food and entertainment.

Attendance at most of the films was packed, and some were almost impossible to see, including journalist Mina Akbari’s Formerly Youth Square, which opens with a photograph of a group of 70 journalists taken about 20 years ago in Javanan Square. Of those, only six continue to work in their profession, including the filmmaker. Many emigrated after the 2009 unrest that followed allegedly rigged elections, a few were imprisoned, and others simply left the field. Akbari narrates the film and interviews many of the journalists from the shuttered Jame’e newspaper. They speak about repression and their professional histories, referring to the difficulties and pitfalls of their careers in Iran. Formerly Youth Square drew such a large audience because such sensitive topics are rarely discussed in public forums and because the filmmaker is herself a respected journalist. The film is now awaiting a permit to screen at the Art & Experiment film series, which operates in Iranian cinemas around the country.

Exodus was another controversial and popular film, directed by Bahman Kiarostami, the prolific documentarian and son of Iran’s most renowned filmmaker, Abbas Kiarostami. This is a vérité film that documents the border crossings of hundreds of illegal Afghani refugees, many of whom have decided to leave Iran after the US sanctions collapsed the Iranian currency. Kiarostami filmed for two weeks at the border, mainly documenting the interview process, in which the migrants and refugees are given permits to return to their homeland. The Afghani travelers recount their diverse stories to officials. Some are leaving due to the economy, some want to go back to relatives in Afghanistan, some want to bring back their families with them, some are wary of the devastation of war in their home, some are done with difficult work conditions in Iran and don’t want to return. Seeing all these human stories is moving and enlightening, particularly from the perspective of someone who lives in the US, with its own border crisis and the leadership’s portrayal of asylees as criminals. In Kiarostami’s film we see the travelers up close as people— some confused, some defiant, some weary. 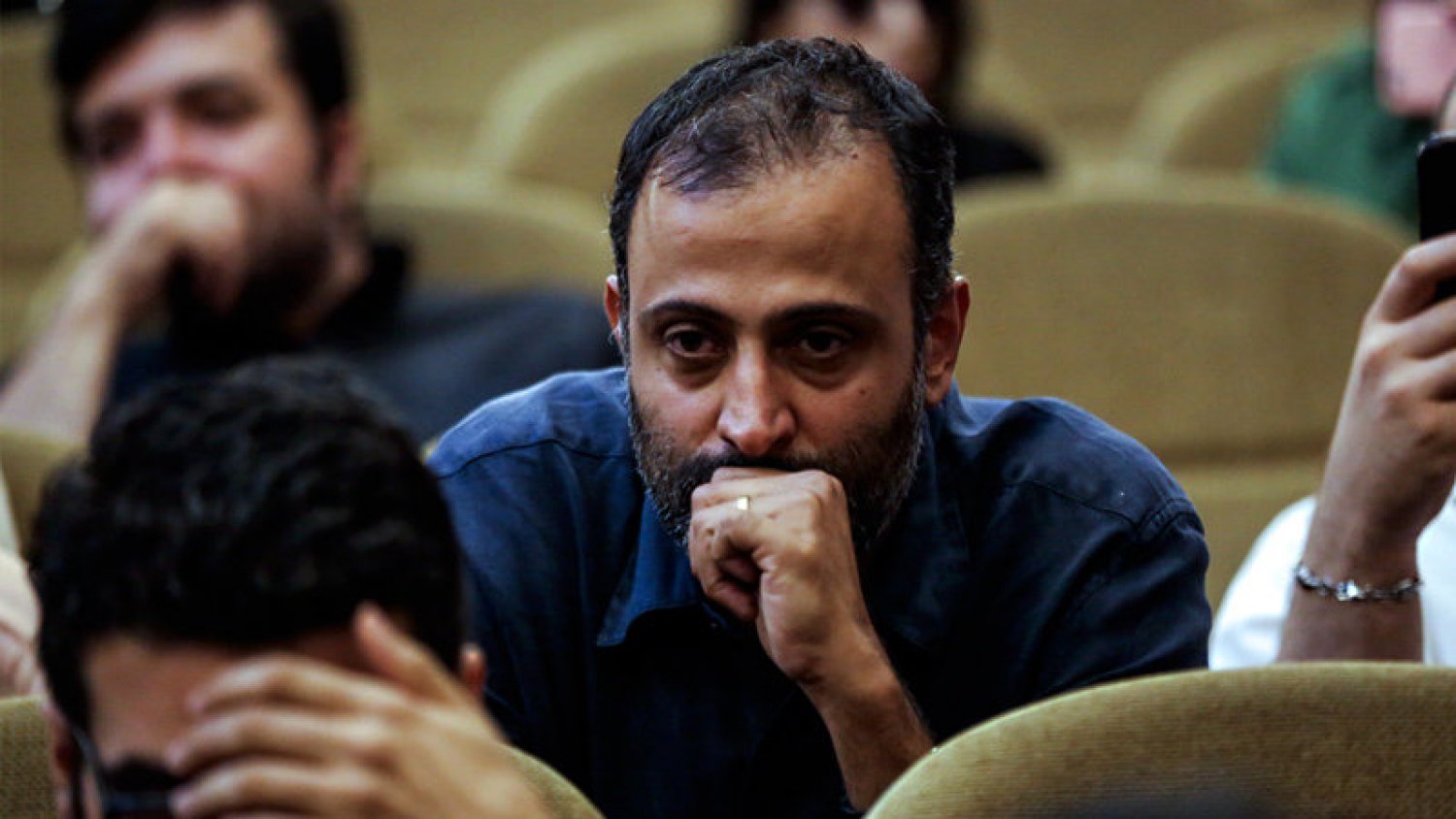 Despite the nuanced picture that the film offered, a few Afghani filmmakers and intellectuals in Iran criticized it, saying it presented a degrading portrayal of vulnerable refugees. They objected that the filmmaker did not make it clear to the subjects that they were being filmed. Kiarostami was using a DSLR camera and the Afghanis were not fully aware that the crew was recording them. He also showed some travelers in vulnerable situations. One young man who had fallen into addiction makes a big scene, refusing to return to Afghanistan. His relatives forcefully carry him to the departing bus. Exodus won the Best Full-Length Documentary Prize despite these controversies.

During the week of screenings, the excitement of the festival was palpable. You could meet many from the filmmaking and intellectual communities of Iran in one location, watch the latest Iranian and international documentaries, and while waiting in long lines with other fans, be swept by the excitement that documentaries generate in an unlikely location. The Cinema Vérité Festival was once again successful in bringing a varied collection of films to an enthusiastic public.

Persheng Vaziri is an educator and documentary filmmaker who works and lives in New York, Pennsylvania and Tehran.