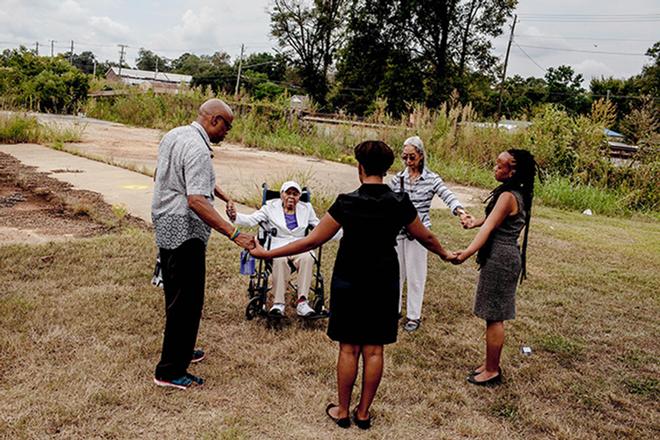 Six million African Americans left the Deep South during the Great Migration between 1910-1970, many, to escape racial violence. Mamie Kirkland, a child of seven, was one of them. One hundred years later she returns to Ellisville, Mississippi, where her father, Edward Lang and a friend, John Hartfield, escaped a lynch mob in 1915. John Hartfield returned several years later and became one of the most gruesome victims of the lynching era when 10,000 people watched his execution that was advertised in the state newspaper.

Her migration trail was deeply embedded with racial violence from the 1917 East St. Louis, Illinois race riots, one of the bloodiest and deadliest in 20th-century America, to armed Ku Klux Klansmen who burned crosses on their lawn in Alliance, Ohio.