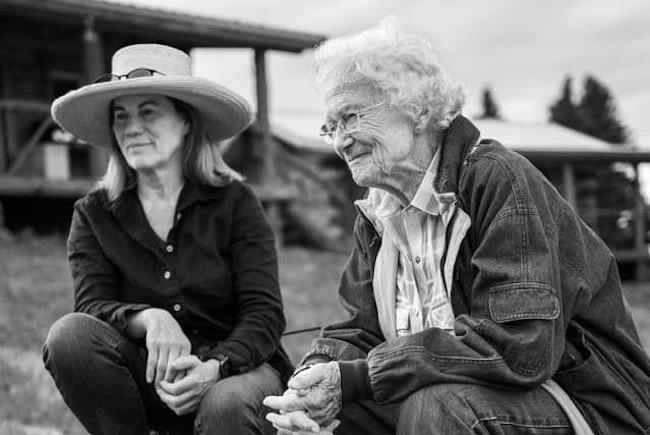 The feature documentary BARBARA VAN CLEVE'S AMERICAN WEST recounts her family’s setteling to Montana in the early 19th century, her youth on a working ranch and tourist destination as a young woman in the 1950s and 1960s, the influence of her Harvard-educated father turned rancher, her own time as student and professor at Mundelein College in Chicago, her discovery of photography and her talent for it, her return to Montana, the various crises that faced her family and the survival of the ranch, her long-term relationship with her best friend in the conservative town of Big Timber, Montana, and her emergence as a significant artistic photographic chronicler of the many changes that took place in the American West during her life. Still active at 86, she has agreed to share photos, archival family footage, and new interviews with the filmmakers. The film will be a portrait of a singular woman and artist as well as of a rural culture rapidly changing because of cultural, economic, and climate forces.