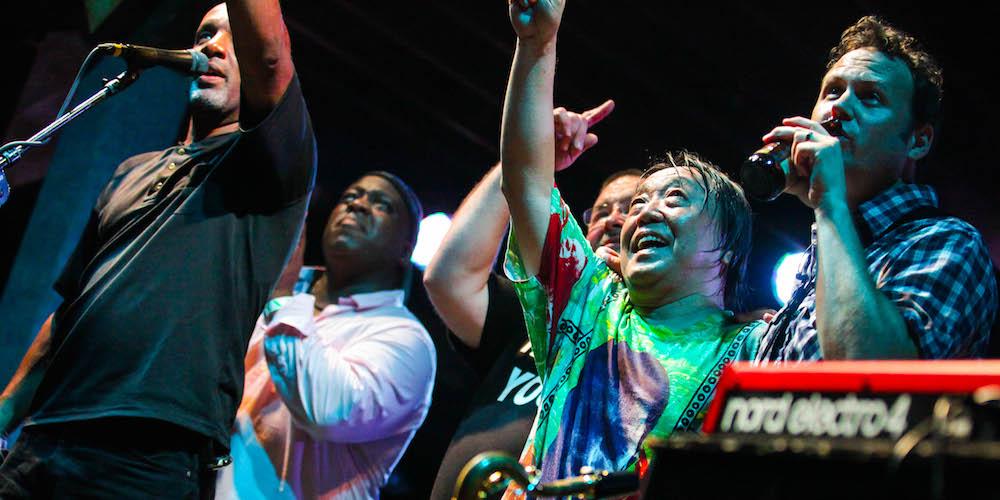 Do U Want It? is an exploration and celebration of the musical culture of New Orleans. The film chronicles the rise of beloved New Orleans' band Papa Grows Funk and uses their illustrious thirteen-year career, from formation up to the band's emotional final shows, as a vehicle to explore the nuances of success and struggle in the greatest musical city in the world.

Over a twelve-year weekly residency at the iconic Maple Leaf Bar, the band became a staple within the local community, inspiring admiration from New Orleans’ musical royalty and legions of die hard fans who came from all over the world to witness their epic Monday-night shows. However, the band’s commitment to their weekly gig and hometown, despite the creative nourishment and comfort it provided, inhibited their ability to sustain a national presence.

In a last grasp, Papa Grows Funk recorded one final studio album, an experience that ultimately led to the band’s decision to take an indefinite hiatus. Do U Want It? follows the band as they embark on a farewell tour and provides an honest, behind-the-scenes look at world class musicians as they examine what contentment, happiness and achievement mean to them.