JANZ In the Moment 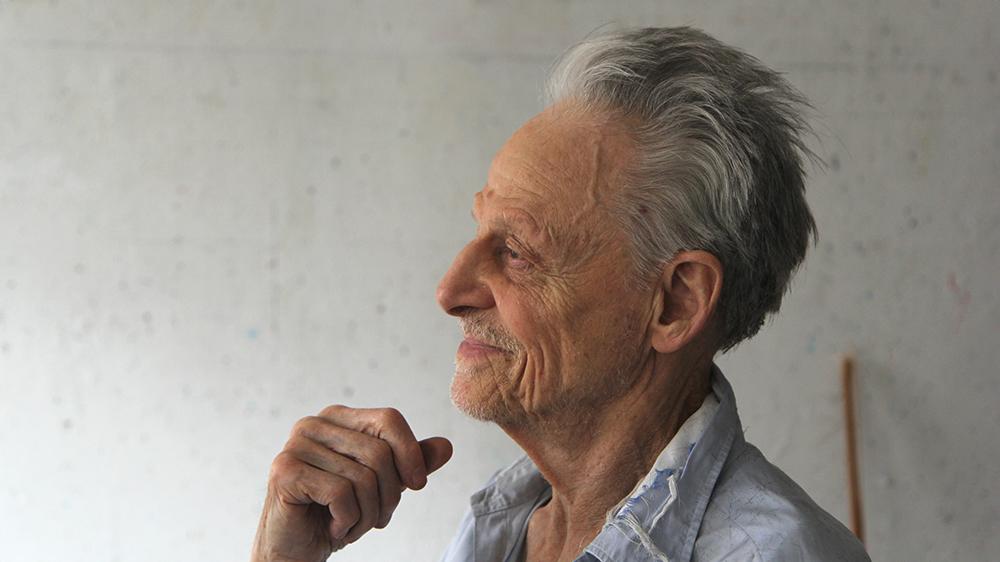 JANZ: In the Moment picks up the story of artist Robert Janz at the age of eighty, when he is painting graffiti on the streets of New York. The film follows him for two years, documenting his work on the street and in the studio, and delving into his surprising past. Janz has been making kinetic artwork for over five decades, represented by major galleries and shown in world class museums, yet he remains an anonymous artist. Exploring time and transience, his most extreme projects are water drawings that evaporate.
He works in many mediums––snow, water, sculpture, painting, words, and even cartooning. On the street Janz’s drawings of wild animals and horned humans connect to the earliest drawings made by people on cave walls, bringing an awareness of enduring humanity into the rushed city. His tearing up and re-arranging of advertising posters make an elegant and hilarious commentary on absurd commercial values. Robert Janz works with whatever is to hand to engage the world around him.
JANZ: In the Moment is a portrait of a unique and inspiring artist who has embraced creative life over commercial success; it is also a testimony to the core practice of artists everywhere, and a vibrant portrait of city life.