The Jewish 48'ers: in the American Civil War 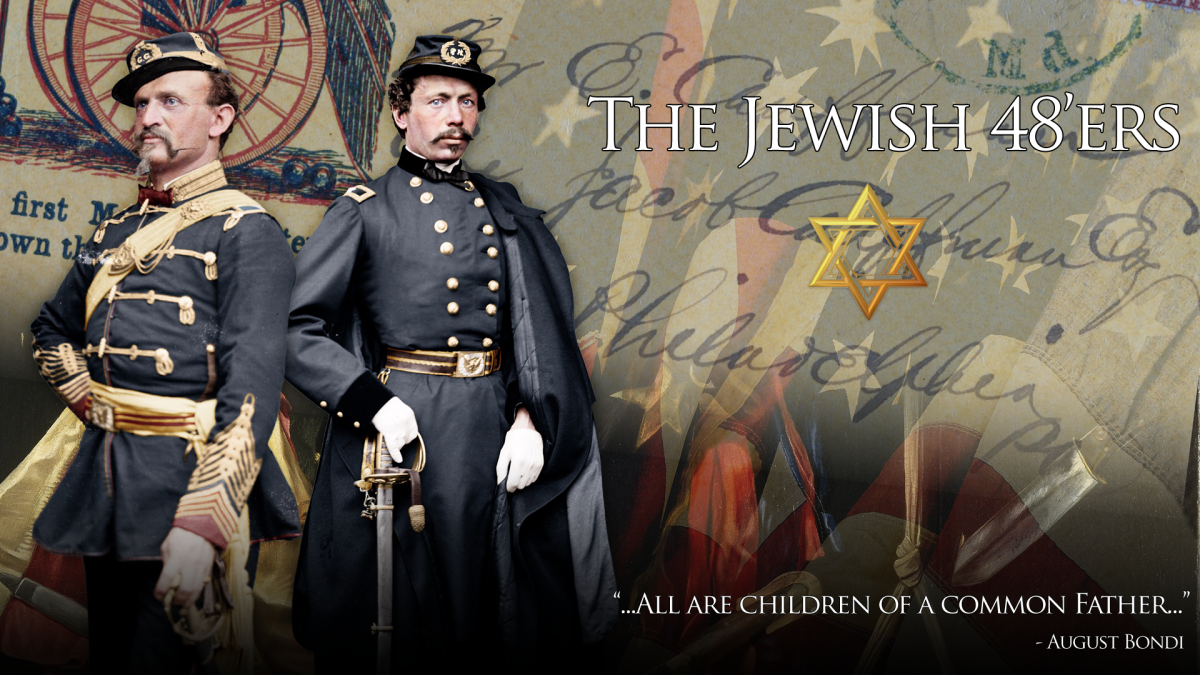 The Jewish 48’ers: is the story of revolution failed and redeemed. Freedom Fighters, inspired by the social ideals of the American and French Revolutions to take on the Feudal Monarchies in uprisings across Europe in 1848. While these revolts were crushed and participants hounded, many found refuge and purpose in the United States.

It is a contemporary story of diverse immigrants who help build and redeem their new home; heroic journeys which began in the bloody European Spring of 1848.
The cohort of European Jews with military experience, though small in number had an outsized influence in the America in the Civil War which was mobilising on an unprecedented scale. Research into the contributions and sacrifice of these new American Jews now tells their story in unprecedented depth and detail in a compelling and educational documentary.

This new film reveals the stories of August Bondi an Austrian Jewish guerrilla fighter called, one of the greatest abolitionists of the era; General Frederick Knefler, the highest ranking Hungarian Jewish officer; Generals Leopold Blumenberg and Edward S. Solomon, both German Jews.
The Civil War story of journalism’s icon Joseph Pulitzer reveals the beginnings of his fight for social justice as a teen in a Cavalry Regiment. Colonel Frederick G. Utassy another Hungarian Jew, recruits and successfully leads a multinational force who speak seven different languages.

The action is not confined to the battlefield, Polish Jewish Michael Heilprin and the German Jewish rabbi David Einhorn’s role in the anti-slavery [abolitionist] movement is brought into perspective.
Some of these stories were forgotten, others never told on this scale with information and details thought lost to history.
Discover their heritage in: The Jewish 48’ers! The first documentary on the Jews and 1848, and the first colourised film on the Jews and the American Civil War.