Memphis and the Mountaintop 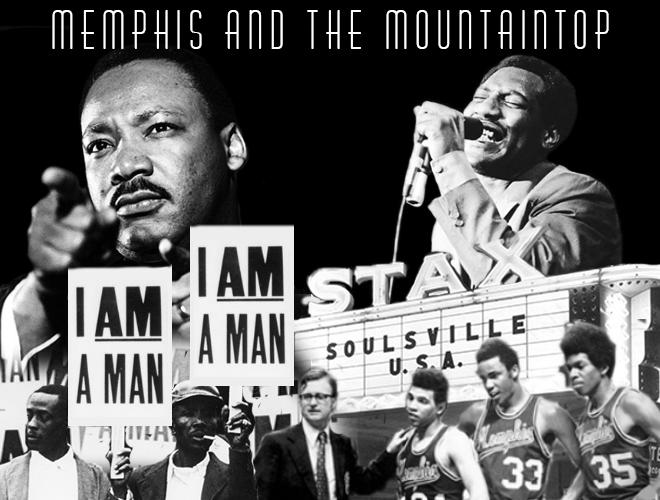 Memphis and the Mountaintop is a compelling multi-part documentary series that, through the lenses of civil rights, sports and music, will explore life in Memphis over the tumultuous five year period beginning in 1968 with the tragic assassination of Dr Martin Luther King Jr. and ending with the unifying rise of the 1973 Memphis State University men’s basketball team.
The series will illuminate the societal traumas that plagued the city immediately after Dr. King’s death and reveal how Memphis strove to heal in the years that followed. The emotional aftermath of Dr. King’s death affected every aspect of life in Memphis and was especially pronounced among Memphis’ nationally prominent civil rights, music and sports communities. Memphis and the Mountaintop will tell the untold story of how an improbable group of local heroes, including musicians at Stax Records and athletes at Memphis State University, dedicated themselves to resurrecting the city by continuing Dr. King’s struggle for civil rights and socio-economic equality. This tale of those remarkable people and events will serve as an important reminder of past challenges and of the work that remains unfinished.
Ten-time Emmy Award winning director Daniel H. Forer is slated to direct Memphis and the Mountaintop. The series will be produced by Chris Armentano, Dexter Reed and Calvin Taylor.