Moses & Stories Behind the Fog 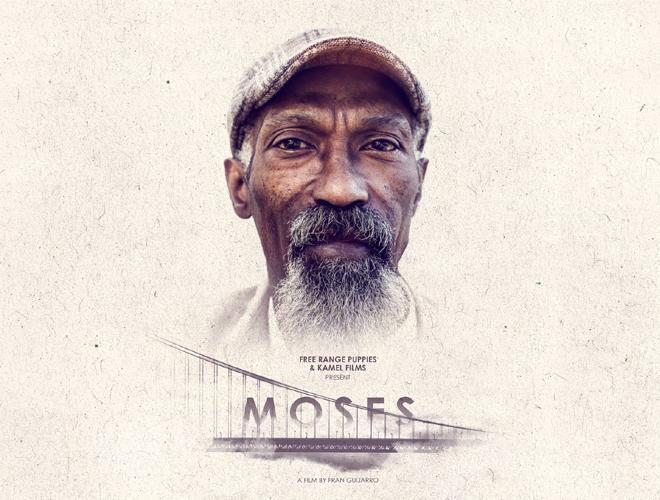 'Moses', a character-driven, feature-length documentary, and 'Stories Behind the Fog', a multimedia platform documenting the stories of 100 individuals affected by homelessness in the Bay Area, come together as a decade-long effort to address homelessness through non-fiction storytelling.

We're currently raising funds to finance the post-production of the film (color grading, sound mix, soundtrack & final deliverables), and to publish a book containing these 100 stories.

Homeless for twenty years in San Francisco, Moses stars in a student film that launches him on a journey to reclaim his life, his family and his past as a gifted musician.

In 2007, a charismatic panhandler named Moses meets Fran, a Spanish film student, who casts him as the central character in his short narrative film. For the next decade, their lives remain intertwined in a turbulent story that unfolds across San Francisco, Chicago, Nashville and Spain. The resulting genre-twisting narrative unveils the brightest and darkest regions of Moses’ soul, including a promising music career as a guitarist abruptly cut short in the late 70’s.

Filmed over the course of ten years on Mini DV, 35mm, Super 8mm, 4K and HD video, the project is now in post-production and is expected to be finished in 2019.

STORIES BEHIND THE FOG (www.storiesbehindthefog.com)

Stories Behind The Fog (SBTF) originated in San Francisco, CA, where we are documenting and collecting the stories of 100 people who have experienced or been affected by homelessness in the Bay Area. The impetus for this project is to challenge a single-minded view of homelessness by rendering its entire spectrum, one story at a time.

These one hundred stories will soon be compiled in a coffee table book that will amplify the message of our 11 homeless advocacy organizations partners, and serve as a fundraising tool for them as well. We are currently fundraising for the book, and your donation is very welcome.