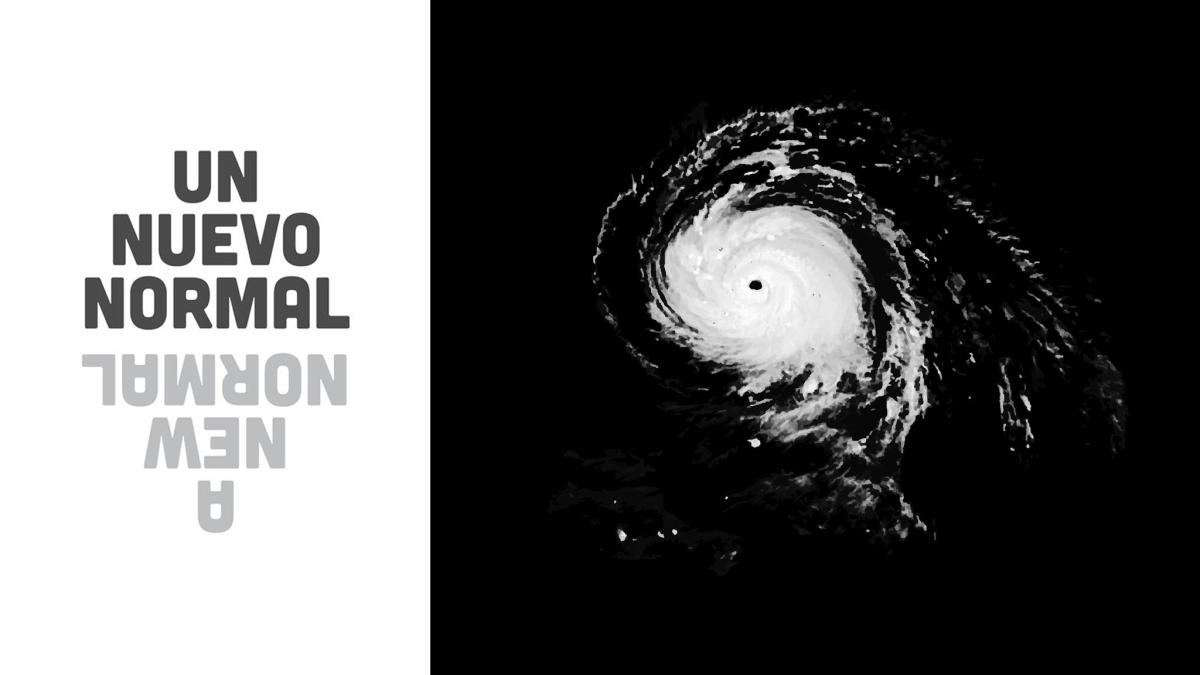 The New Normal is a documentary that examines the relationship between climate change and mental health. There is a strong correlation between the increasing power of storms and how people's mental states are affected ­ this film is a cautionary tale about what we can expect to see if direct action is not taken.

Where Your Tax Deductible Donation Goes Towards: Your generous donation will help us get all the footage required to finish this film. We need to rent equipment, hire crew members, pay for travel, housing and food for everyone. Other than production, we need money for post production and distribution; these included edit fees, color and sound mixing and fees for festivals, streaming sites and more. Last is insurance, copyright fees and buying rights to music and the film itself.

The Story: Millions of people are affected by hurricanes each year. With the potential increase in frequency of these destructive storms and the cost of repair increasing alongside the changing climate, the deterioration of people’s livelihoods will only get worse as the temperature of the ocean rises. Technology is becoming more advanced and we are able to predict these storm more accurately, but as a whole, people on the ground are not prepared for what damages will follow. This film aims to help people understand the growing climate crisis and how it will not only affect the Earth, but everyone we know. Information from experts in climate change and in mental health, workers involved with relief efforts in several nonprofits and government organizations, and individuals affected by these powerful storms all come together in a cohesive call­to­action documentary, asking for individuals to change their living habits and change the conversation around climate change before it’s too late.
We start this story inside Hurricane Michael in Panama City, Florida. Stationed inside a hospital during the storm, one nurse gave us her recall of what happened as she watched the events unfold. We will then show what has changed in researcher’s understanding of these storms in order to set a precedent for what the future holds. Our audience needs to understand why this is an issue, so we have Tom Knuston from NOAA to take us through the research that NOAA is currently involved with in order to show us how these storms are changing, and how they are expected to continue to increase in intensity as climate changes.

Once we set the foundation of the film as an interpretation of severe weather events, we will go into the heart of the film where we show over a dozen stories of destruction from North Carolina, Puerto Rico, and Florida during the last two years. Hal tells his story of staying in Mexico Beach as Hurricane Michael flooded his home, standing on his balcony for hours with his cats in hand as the water approached his neck. Mimi Powell from North Carolina returned to find flood water up to the roof of her home, rendering it inhospitable for Mimi and her husband who requires a hospital bed for his disabilities. Sam Lincoln, a real estate renter from Wilmington, North Carolina faced immense flooding and tells how nearly 50% of the buildings in town were damaged to the point where they aren’t safe to live in. These are only some of the stories we have, combined with footage recorded during landfall of two hurricanes and aftermath of the devastation. We were located within the eyewall of both hurricanes for landfall and were fortunate enough to stay safe as we gathered the footage.

From here the story goes to Puerto Rico, an island that is already suffering from political and economic instability which was furthered by two Category Four Hurricanes hitting within weeks of each other. Our first round of footage in Puerto Rico was fifty days after landfall of Hurricane Maria, when the island was still in complete chaos. Here we interview nonprofits working to bring the island back to normality, individuals who lost homes and loved ones, mayors of municipalities working to provide relief to their communities, and a diverse selection of b­roll showcasing how much destruction actually occurred
.
In November of 2018, we returned to Puerto Rico to recap with individuals from last year and to focus entirely on the mental effects of a year after the damage and destruction. We then interviewed with FEMA, several organizations on the island that treat mental health patients on a case by case basis that deals with people struggling after the hurricane, and community leaders who fight to provide for their neighborhoods. We have Tito Valentin, community leader of Utuado, who provides free medicine to seniors in the small town and has seen dozens of close friends shattered by the hurricane. We also have a small school and a teacher in the town of Vietnam speaking about the problems that the hurricanes had created for her as a teacher, with intimate footage with the children at the school.

The most important part of this film is the hope that people are willing to take action afterwards ­ to take small steps to change the way they live. We are confident that through showing people what is going on now, what will happen in the future, and the steps they can take to prevent it, we will be able to make a change. We will show people how to prepare for storms, how they can change their lifestyles to save themselves, their friends, and their families. Illustrating climate change effects on people’s mental health is something that isn’t talked about enough, and The New Normal is a story that needs to be shared across the globe

We are the most equipped storytellers to tell the stories of those affected by the 2017 and 2018 hurricane season because, simply put, we have access, interviews, contacts and footage that no one else currently does. We were fortunate enough to get footage and interviews in Puerto Rico 50 days after Maria and Irma hit, a recap a year later that features interviews with Deputy Federal Coordinating Officer of FEMA Justo Hernández. We were fortunate to capture footage during landfall of two of the largest hurricanes of the 2018 season, Michael and Florence, from inside the eye wall. We have haunting stories of individuals whose lives were changed forever by the events that transpired in the hurricane season. Above everything we have a compelling, emotional and honest story that shows how desperately things need to change in order for us all to survive comfortably. We are a small team which has allowed us to access to extremely intimate events of those who have not had their stories told anywhere else.