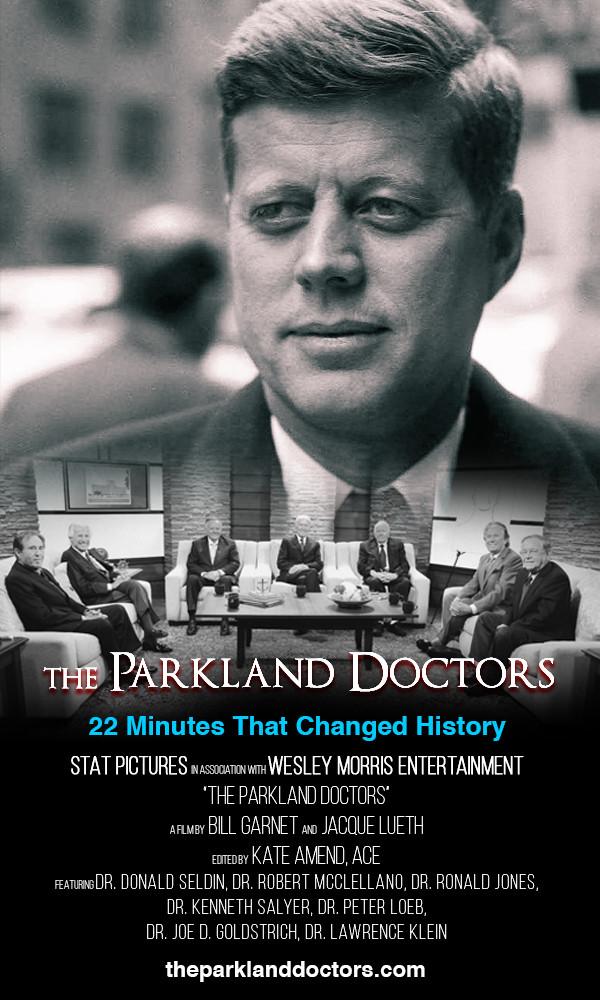 Dallas, Texas.  November 22, 1963.  The thirty-fifth President of the United States is gunned down.  As the world watches in horror, the news fumbles into action desperately trying to make sense of the inconceivable.  Still holding on to life, JFK arrives at Parkland Hospital.  Inside Trauma Room 1 a group of young doctors springs into action in a valiant attempt to save John F. Kennedy's fleeting life. The Parkland Doctors is the eyewitness account of seven of the doctors who were in the emergency room and reunite for the first time since that day.