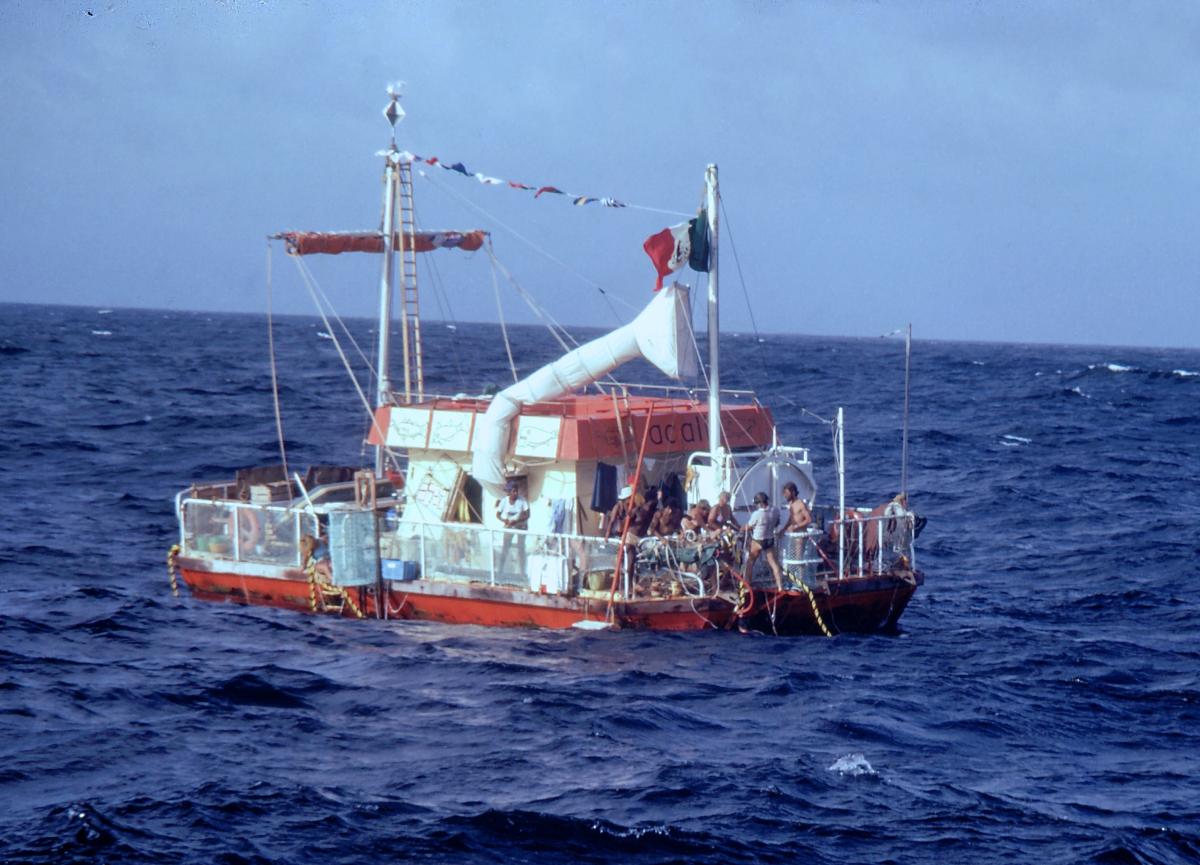 In the summer of 1973, five men and six women embarked on a 101-day scientific sea-adventure, drifting on a small raft named ‘Acali’ across the Atlantic. In an experiment initiated by Mexican anthropologist Santiago Genovés, the project’s aim was to explore the origins of violence and the dynamics of sexual attraction. The eleven members of the crew were handpicked from around the world with the objective of mixing religion, gender and nationality to maximize friction on board.

Genovés called the expedition a ‘Peace Project’ but it did not take long for the international press to rename it ‘The Sex Raft’, a nickname which still upsets some members of the crew. As leader of the experiment, Genovés had hoped that violent conflicts and sex orgies would result from the close quarters in which his human guinea pigs were forced to live, but what ultimately happened on that drifting raft was entirely unexpected. Instead of fighting or having sex, the group slowly turned against him. Mutiny was discussed and at one point there was even a plan to kill him.

Today, more than forty years later, the surviving members of ‘The Acali Expedition’ reunite in a film studio where they climb onboard a stylized reconstruction of the Acali raft to tell the hidden story behind what has been described as ’one of the strangest group experiments of all time.’