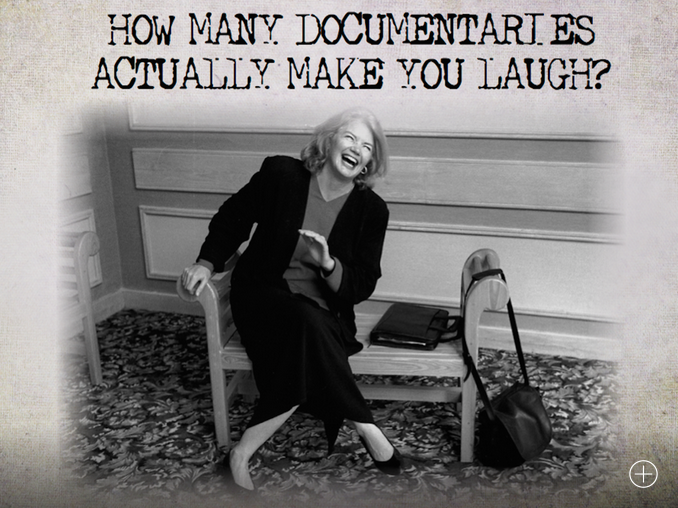 “Any nation that can survive what we have lately in the way of government, is on the high road to permanent glory.” -Molly Ivins

RAISE HELL is about a Texas maverick named MOLLY IVINS. Often compared to Mark Twain, she was one of the most courageous journalists of modern times... and also one of the funniest!

The six-foot tall, red-haired Texan used her razor-sharp wit to speak truth to power while giving a voice to those who didn't have one. Calling out corrupt politicians who were backed by corporate bosses was great sport for Molly, and many of her targets loved being in her columns. Molly said “I believe that it’s fair game when these guys stand up and say something foolish to lay it right out there and let people get a good look at what they have elected.”

Molly was a trailblazer for female journalists. At the height of her popularity, nearly 400 papers carried her column. She appeared on national television and radio, lectured all over the country and encouraged her constituents to raise hell and fight for freedom. A fighter against injustice until the very end, breast cancer took Ivins out of the game way too soon.

Who today can fill Molly's size-12 shoes? Where are the journalistic mavericks doing what Molly did?

Well we set out to find them… 40-plus interviews with Molly's closest friends, family, politicians, pundits and pontificators including Dan Rather, Rachel Maddow, Jim Hightower, Cecile Richards, Paul Krugman, Victor Navasky and Lou Dubose, to name a few.

We are reminded everyday why it is so important to tell Molly's story. Hers was a prescient voice, bringing attention to what she saw as a crisis in American democracy. Every American and anyone aspiring to be one should know her name.

Get out there and help us RAISE HELL!