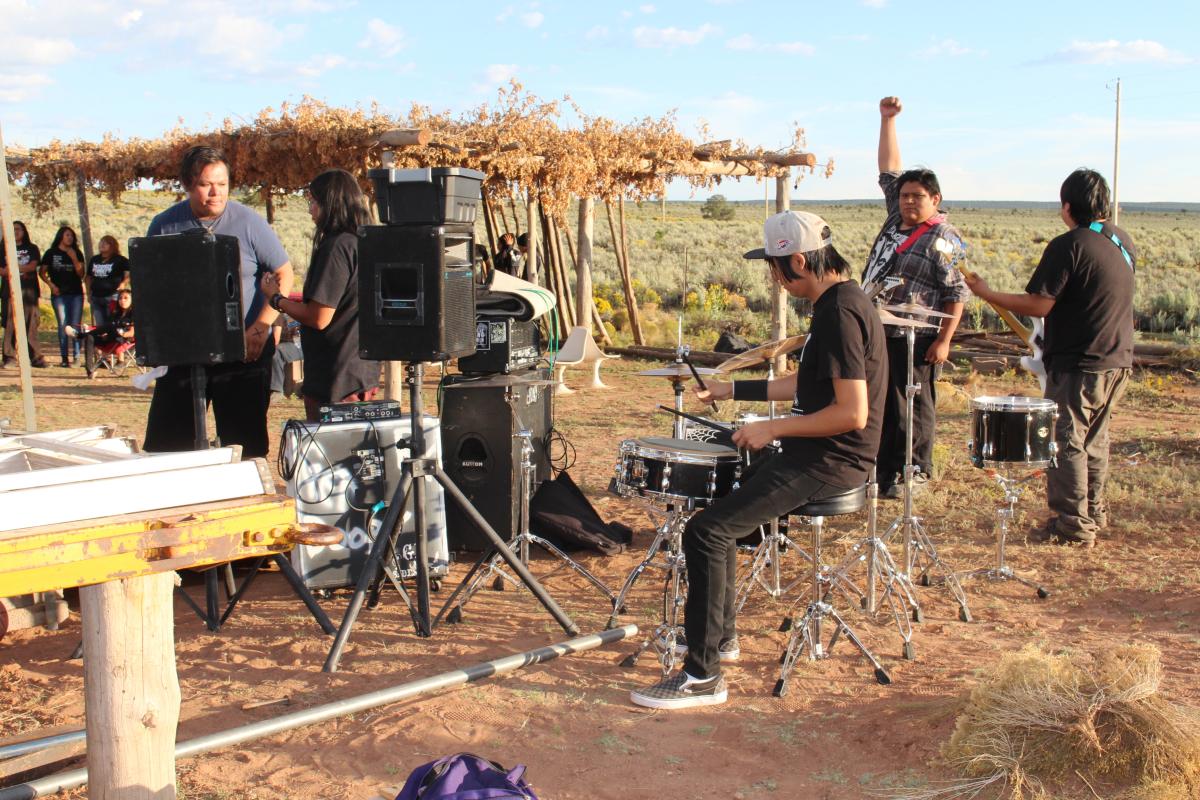 When the lead singer of I Don't Konform sent out a demo album to Flemming Rasmussen, the Grammy Award-winning producer of Metallica, they never imagined themselves a few months later rehearsing with him inside a hot hogan on a Navajo reservation before recording their debut album at his iconic Sweet Silence Studio in Denmark. As Rasmussen states, after hearing their demo, “a specific technical element wasn’t what stood out for me but the raw emotion and the thematic rage running through their music stood out as something refreshing and unique” – something true to the life of this heavy metal band from a Navajo reservation in Arizona.

I Don’t Konform is part of a thriving heavy metal scene on reservations where metal has been one of the most popular types of music among the Navajo youth. In our feature-length documentary, REZ METAL, while following I Don’t Konform’s fairy tale journey from performing on poverty-stricken reservations to recording their debut album with one of the music industry's most influential producers; we will also tell the larger story of the heavy metal scene on Navajo reservations where many youths have grown disaffected as a result of endemic inequality, teen suicides, and high incarceration rate. By exploring individual musicians, fans, and their perspectives on music and modern life, this documentary will capture the universality of their experience and illustrate the many ways in which heavy metal music engages disenfranchised Navajo youth in constructive anger to effect positive changes in their communities and achieve their full artistic potential.