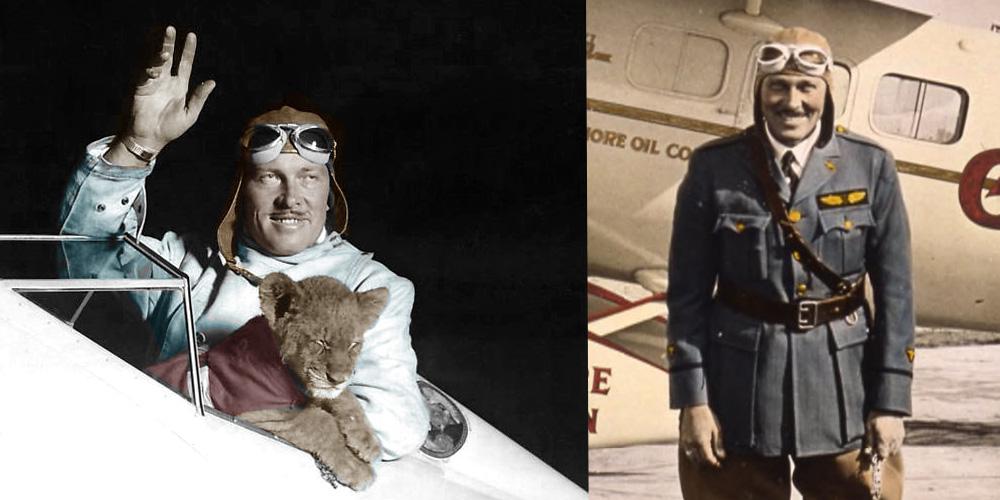 Profiles Col. Roscoe Turner, a swashbuckling American flier who dominated the air racing circuit in the “Golden Era of Flight” between WWI and WWII. A barnstormer, stunt flier and racer, Turner came to define the word “pilot” for a generation of Americans and helped turn the tide of public opinion in favor of airplanes as a reliable and safe means of transportation. Turner’s outsize personality and wild publicity stunts — which included flying with a lion cub as his co-pilot — could have made him the object of ridicule. Instead his considerable achievements in the air earned him international fame, the nation’s highest honor for aviation the Distinguished Flying Cross, and a place in history that includes enshrinement of his airplane and his lion at the Smithsonian Air & Space Museum.