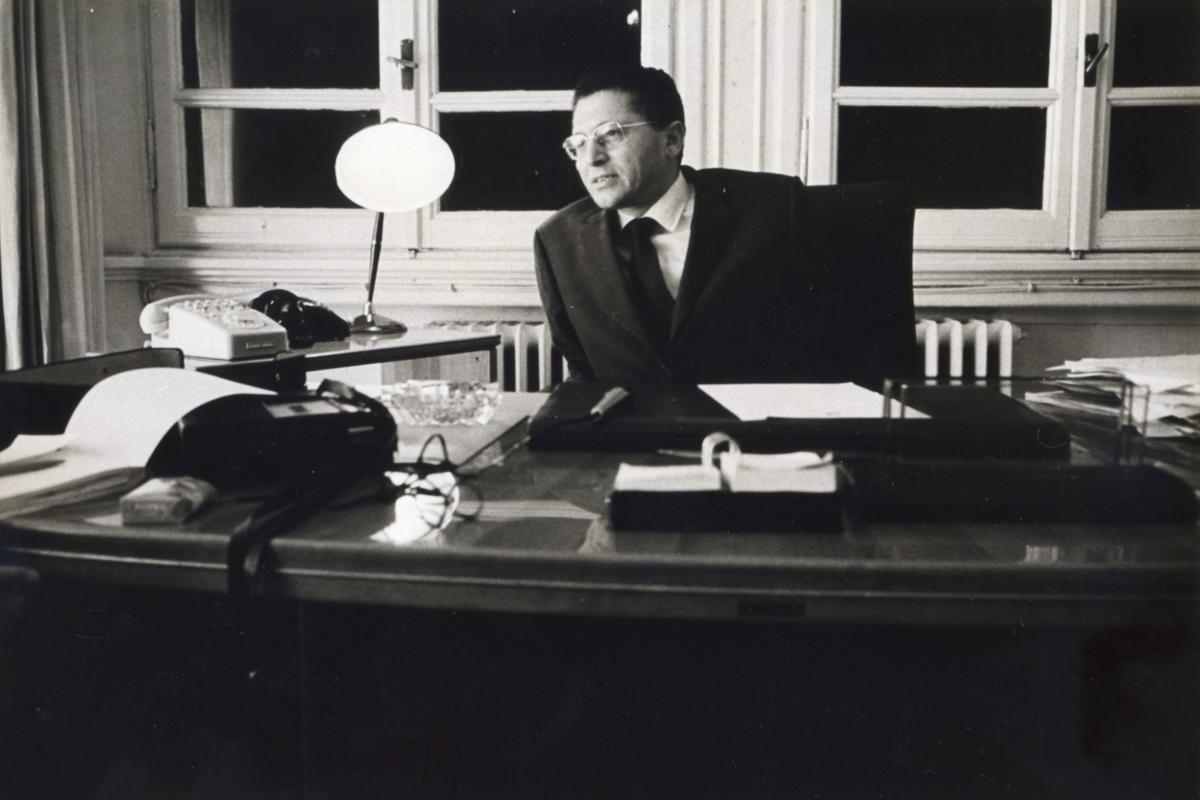 When director Jihan Kikhia was six years old, her father disappeared. He flew to Cairo and never returned. As a result, her mother began the search for him, launching her family into a maze of complex emotions and international politics. This documentary takes the audience on a raw and reflective journey as Jihan pieces together a father she barely knew, while unraveling his politically motivated disappearance, which is shrouded in mystery to this day.

Mansur Rashid Kikhia, was the former foreign minister of Libya, ambassador to the United Nations, and a human rights lawyer. In 1980, he defected from the Libyan government, becoming the peaceful opposition leader to Qaddafi’s regime. Kikhia was widely supported and unofficially crowned the next leader of Libya, but his obsessive loyalty to his country and determination to reason with his “brother” Qaddafi led to his death. In 2012, Kikhia’s body was found frozen and fully intact near Qaddafi’s palace.

For 19 years, Jihan and her family were living in the tension point between two worlds: the political and the personal. While she and her siblings were busy memorizing dance routines and watching Disney movies at home, their mother, Baha Omary Kikhia, was navigating the often suspicious political agendas of the United States, Libya, and Egypt. Using a combination of creative instinct and quick wit, Baha, a Syrian-American artist, became an unexpected player in a dangerous political game with some of the most powerful political figures in the world. Her mission would eventually lead her to the Libyan Desert in the middle of the night, alone face to face with Qaddafi to negotiate her husband’s release.

As the director and main character, the film is navigated from Jihan’s perspective, as she tries to understand the country that both created her father and also killed him. She approaches politics not as an external or distant subject, but as a lived experience that penetrates deeply into every human relationship - even between a little girl and her father.

Starting from a place of confusion and uncertainty, Jihan’s journey leads to a series of encounters that reactivate her connection to her father, restore his memory for Libya, and reconcile her with her Libyan identity. Hoping at first that her path might finally lead to uncovering the truth, Jihan instead embraces the state of indeterminacy surrounding her father’s disappearance. Jihan finds ways of reaching closure through a celebration of life, while also regaining hope for her father’s (and her own) country of Libya, which is currently drowning in civil war and risks total disappearance.