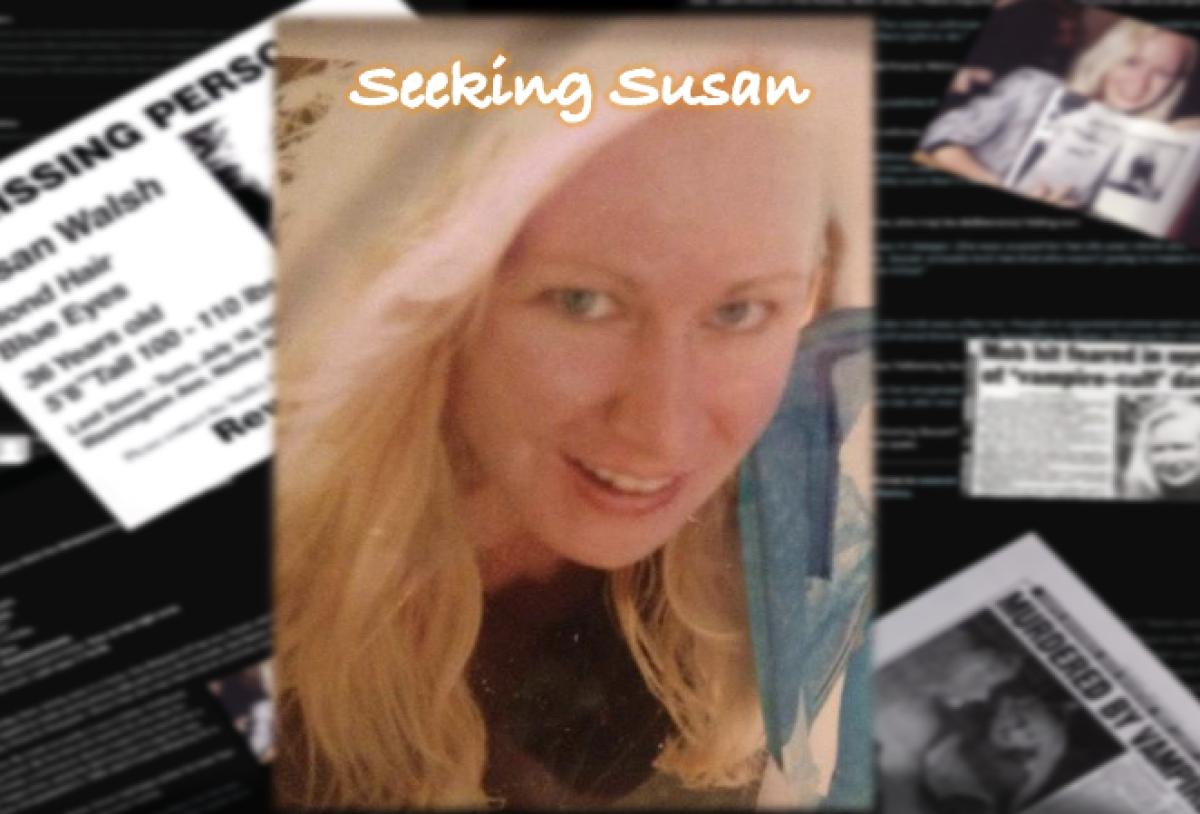 As the 25th anniversary of her friend’s unsolved disappearance approaches, a documentary filmmaker is determined to reexamine the case. When she discovers that the police records are also mysteriously missing, she challenges law enforcement officials and enlists allies on a mission to find truth, emotional closure and justice.

Seeking Susan is the story of Susan Walsh: who she was as a mother, freelance journalist, and exotic dancer, how she disappeared in the summer of 1996 in a case that was sensationalized in the media yet minimized by police, and why she matters—not only to those who knew her but also to those seeking to make our criminal justice system more equitable and accountable. Directed by her friend Jill Morley, who met Susan when they were both moonlighting as go-go dancers and trying to find their way out of the sex industry, the film follows Jill as she seeks to commemorate and investigate her friend's disappearance almost 25 years later.

As Jill looks back at what happened, she finds that the investigation was shoddy. The police didn’t look for Susan the first few weeks, saying she was probably out “partying.” They claimed she must have run away. But anyone who knew Susan knew how devoted she was to her son, David, and that she would never leave him. Jill becomes increasingly disturbed by unanswered questions, such as: Why didn't they do forensics on the house when that was the last place she was seen? Why wasn't her estranged husband fully investigated? Was the fact that he is Joe Walsh's brother or that his father was a "big wig" in town have anything to do with this?

Media outlets suggested a possible link to the Russian mafia as well as New York’s underground vampire community, both subjects that Susan had investigated for the newspaper The Village Voice. The case was profiled on television programs including Unsolved Mysteries, Geraldo, and Disappeared. However, these programs were sensationalistic, objectifying her as a stripper and drug addict. In contrast, Jill unearths candid footage she has of Susan talking about trying to put herself through grad school as a single mother, and interviews her friends, colleagues, and family members, who remember her as a sweet, sensitive, intelligent artist who suffered from addiction.

Jill calls the police to request records of when Susan went missing, but she runs into several roadblocks. First, The Nutley Police refuse to talk to her. Then, when she calls the Essex County Prosecutor's office, they claim not to have the records even though they were listed in the papers as a contact when Susan first went missing. When Jill calls the Attorney General, they say that they cannot do anything if there is not a record. They even ask Jill if Susan is really missing! It's starting to seem as though there was extreme incompetence or possible police malfeasance. When Jill files a request through the Open Information Act, the Nutley Police admit they have the records, but refuse to give them up.

But then, a journalist who has been looking into Susan's case joins forces with Jill, challenging the police to obtain the records. The police claim it is still an active case. Susan's brother, Arthur, decides to sue the police for the records. Together with the lawyer, they convince a judge that there is something amiss with why the police don't want to give them up.

The end of the film is not yet completed. However, it will culminate in us getting the records or not getting the records and appealing the decision. We will continue to question why certain people are not valued enough to be looked for and why the fight for human rights is ongoing.

In Seeking Susan, we find the humanity in Susan Walsh while investigating possible police malfeasance.