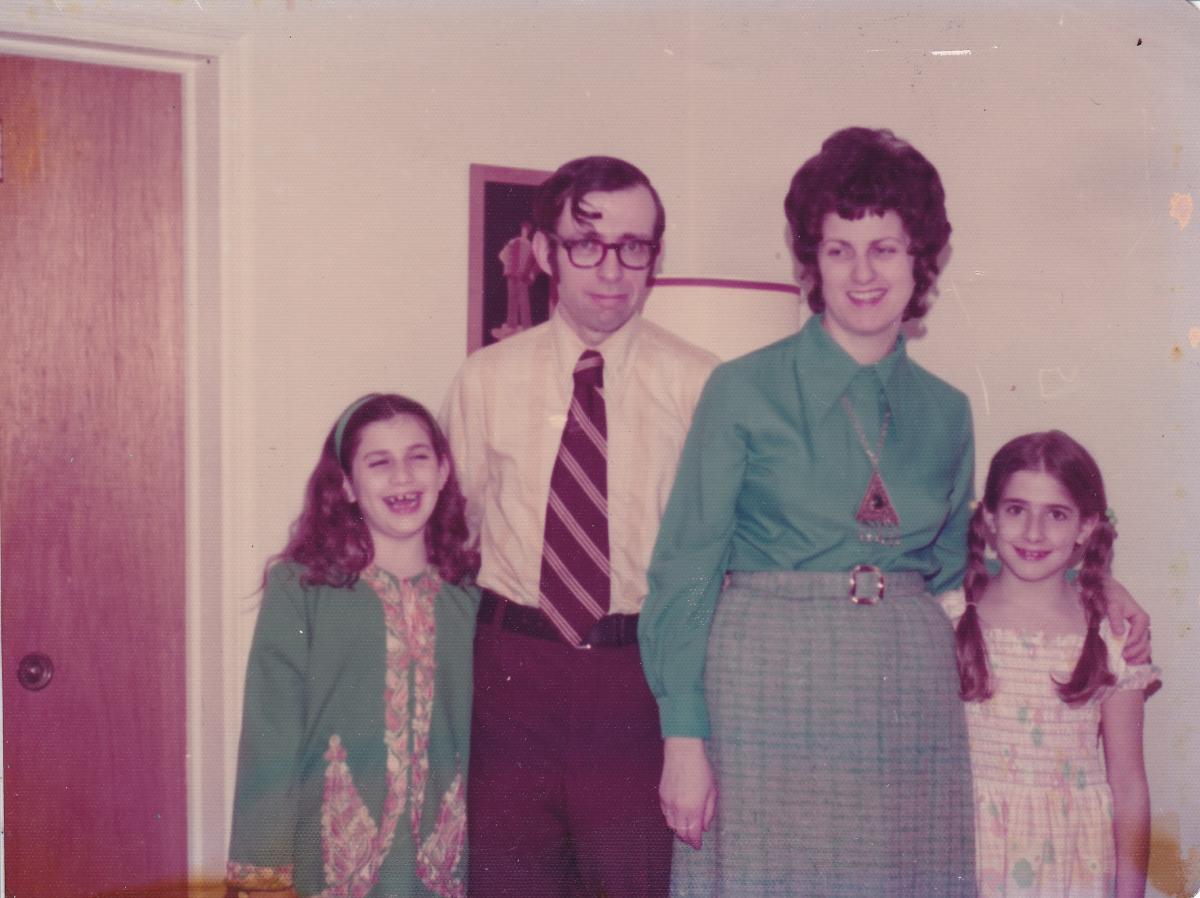 The Silent Goldens gives a rare and raw look a family’s first conversations about a suicide 30 years after it happened. This story exposes the unique grief millions of survivors of suicide loss face, exacerbated by a destructive silence that typically descends in the aftermath.

Suicide is a problem in all cultures, classes, religions, and ethnicities. The stigma, judgment, and shame felt by suicide loss survivors is also universal.

I am Ruth (with the pigtails) and was 19 when my mother killed herself. My family stopped talking about her death and her life as soon as she was buried. After three decades of burying my grief and finally acknowledging the damage to my psyche, I became committed to breaking this silence around the taboo topic of suicide - starting with my own family.

Film has always been a compelling way to broach difficult subjects and normalize public discussion. My documentary’s intention is to foster a better understanding of the terrible human experience of suicide loss. It’s a cautionary tale about the damage silence can do to loss survivors while showing the healing power of conversation.

I am hoping people affected by suicide loss, and those who are concerned about mental health issues, will support this film as a way of speaking out to end the stigma and normalize conversations about suicide.

Every 501c3 donation will be credited in the film and all donors will be given the option of a memorial credit honoring a loved one lost to suicide such as:

Note: Donors will be contacted directly by production after donation to get memorial information.

A long list of memorial credits will make an impactful visual statement of how many people are affected by suicide and create a ‘story behind the story’ of how powerful conversation can be in healing when promoting the film. The credits will live on the film website memorial page in perpetuity.

All donors will also receive quarterly project updates and an invitation to a virtual premiere with Q&A when the film is complete.

Group donations, similar to fundraising for charity walks, with multiple donors pooling contributions honoring one person are encouraged and all donors will be listed with the group.

My goal is to premiere the film in August 2021 in conjunction with a workshop I am presenting at a national suicide loss survivor conference. I am prioritizing raising $80,000 by the end of 2020, which is needed to complete filming in January and February 2021.

Thank you very much for your consideration!