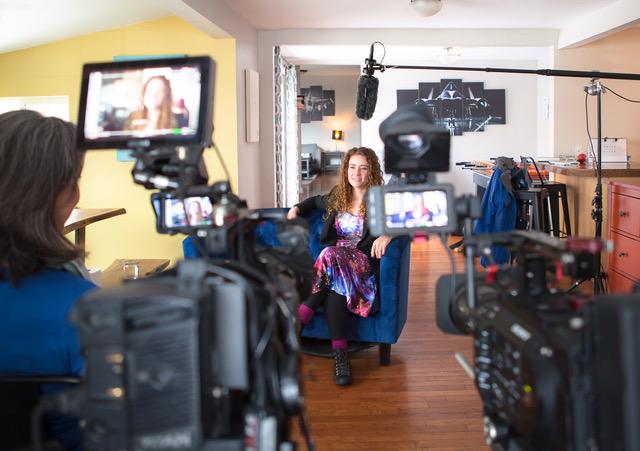 SPACE, HOPE & CHARITY is a powerful documentary about a young woman from rural Oregon who overcomes poverty, family dysfunction and unspeakable tragedy as she pursues a dream of becoming an astrophysicist.

Looking up at the night sky has calmed Charity Woodrum since she was a child, transported her far from whatever chaos was happening at home. Charity dreamed of one day working for NASA but the message she heard growing up was not to expect much in life. She was the first in her family to graduate from high school, but soon was living in her car and working as a roofer. She tucked away her dream and became a nurse, but struggled with the emotional side of nursing, the steady stream of human suffering.

After marrying and having a child, Charity returned to school to study her passion: astrophysics. For the first time, she learned she could earn a living doing what she loved. By her junior year, she was thriving -- had completed a NASA internship and was the lead author of a research paper that was in the works. Life was perfect.

Then, "the worst day." January 15, 2017. Life as Charity knew it ended when her husband and 3-year-old son died tragically. With help from university staff, old friends and perfect strangers, Charity is finding meaning and purpose again. She's earning a Ph.D., studying galaxies that are 8-billion light years away.

The film's mission is to offer audiences hope by showing one woman's resilience and tenacity in overcoming staggering odds; to encourage people to follow their dreams, particularly girls and women interested in STEM; and to show the power of kindness and human connection.

You can play a part in getting this inspiring story produced! Click on the DONATE button above to make a TAX DEDUCTIBLE DONATION, which will go toward upcoming filming in Oregon and Arizona.