UNZIPPED: An Autopsy of American Inequality 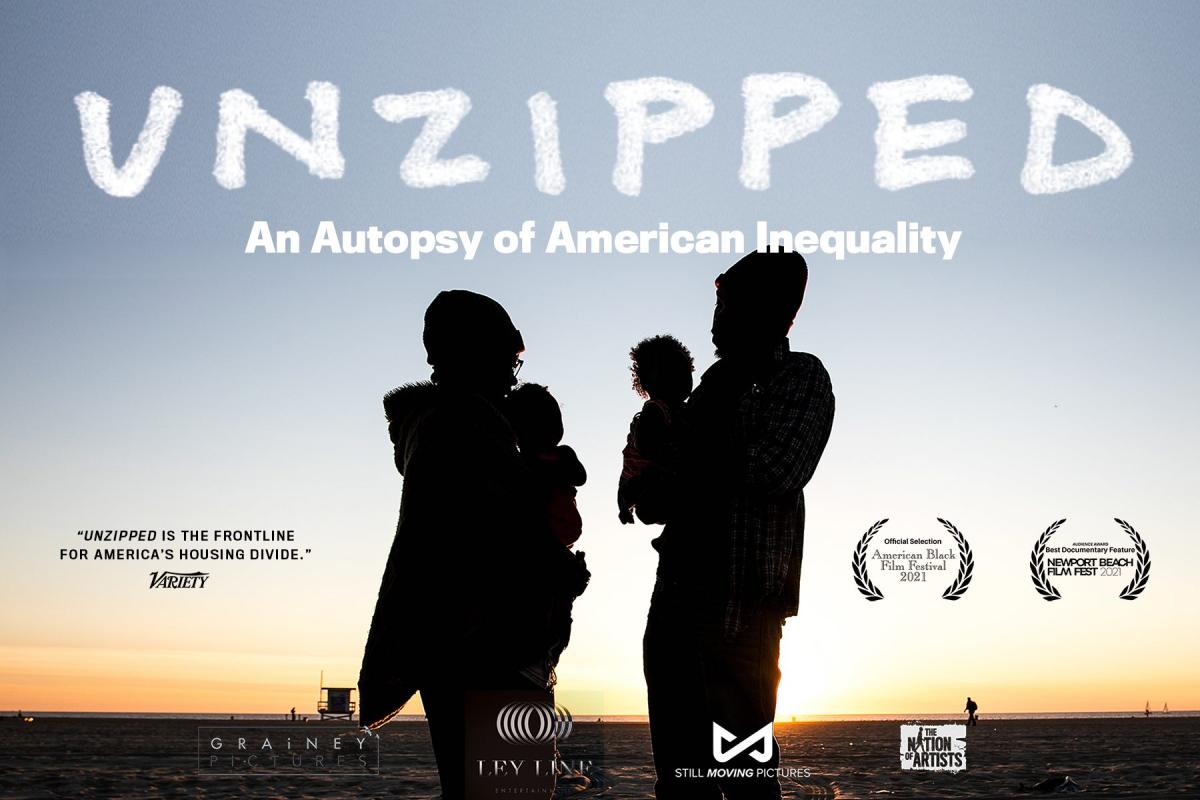 LOGLINE: UNZIPPED: An Autopsy of American Inequality is searing expose of the affordable housing crisis in America told through the prism of one zip code's struggle with the growing housing divide.

SYNOPSIS: From the award-winning writer & director Colin K. Gray, produced by The Sibs, and executive produced by Lucy Liu, UNZIPPED is a searing exposé of the growing affordable housing crisis in America. This intimate feature documentary focuses on one of the country’s most iconic and increasingly income divided zip codes, Venice CA 90291. Once a mecca for artists, outsiders and a thriving Black community, Venice is now the frontline for America’s heated battles over gentrification, lack of affordable housing, and homelessness. With moving, personal profiles of families who struggle to remain in their rapidly gentrifying neighborhood, to bitterly contested community fights over a proposed homeless shelter, UNZIPPED explodes stereotypes and humanizes the lived experiences of people caught in the cross-fire of America’s growing housing divide

RELEASE: UNZIPPED was picked up by sales agent, Cargo Film & Releasing, and is launching on Tubi, Kanopy and other platforms in early December 2022.

PREMIERE: A special LA based premiere and press event is being scheduled for early December with red carpet and filmmaker Q&A. Celebs, politicos, and NGOs active in the affordable housing, homelessness and anti-displacement spaces will be in attendance.

IMPACT CAMPAIGN: An impact campaign, #raisetheroof, is being alongside the film release. It will showcase calls-to-action that support the growing movement to enshrine housing as a human right

PRESS + SOCIAL: Filmmakers will be made available for interviews, including executive producer, Lucy Liu. A social media campaign is also being launched to promote the film release and impact campaign. .

DIRECTOR’S SHORT BIO: Colin is an award-winning documentary filmmaker and screenwriter. His credits include co-writer & director of the award winning impact campaign "House +Home" for Habitat for Humanity & Whirlpool (2022); writer on the new Netflix kids series "Phantom Pups" (2022); producer of Being Canadian (EOne - 2016 WGA nominee for Best Documentary) and Atari: Game Over (Netflix -2014); writer/producer of Redlight (Showtime - 2010); and writer/director of Freedom’s Fury (HBO -2006) about the Hungarian Revolution of 1956 (named by Esquire magazine one of “The 20 Greatest Sports Documentaries of All Time”).

FUNDING: The project is being funded through a combination of equity investments in the Unzipped Movie LLC, non-recoupable grants, crowd-funding contributions, and tax-deductible donations to the film through its' fiscal sponsor, the International Documentary Association (please make donations by clicking on the Make A Donation tab above). A detailed investment prospectus (PPM) is also available upon request.

FUNDING SECURED: The full production budget has now been raised through a combination of equity investments in the LLC , grants, and crowd-funding contributions. We are currently raising funds for our social impact campaign #raisetheroof and sales/ PR efforts.