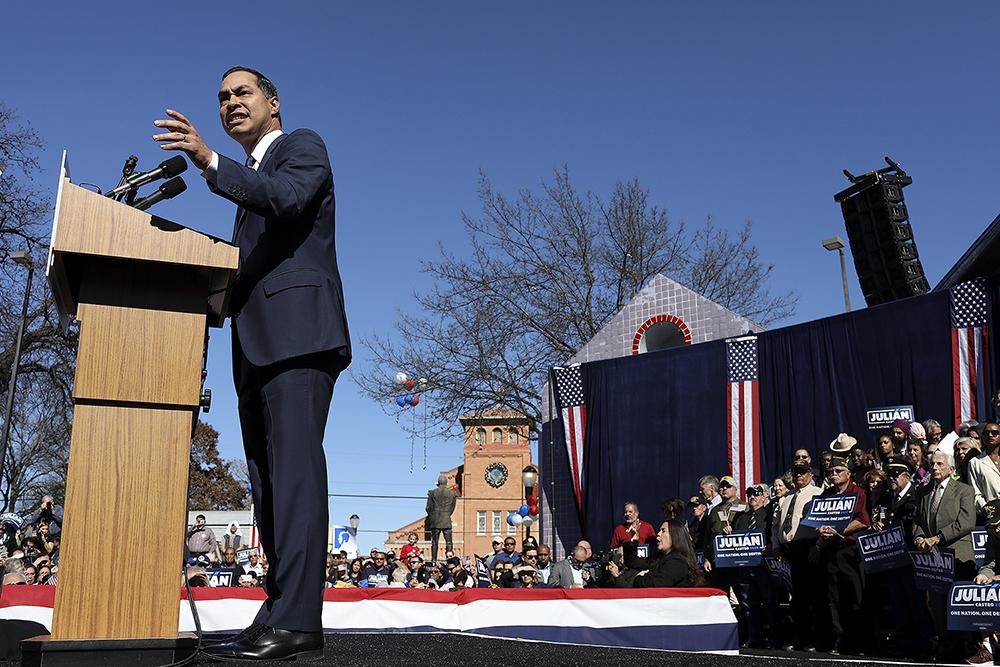 What’s it mean to be called the “Latino Obama”? To be the person whom people say a whole section of the United States population could conceivably see as their spokesperson, their inspiration, their leader based solely on skin color and language identification? It’s a heavy mantle to be assigned, much less take. And yet, Julián Castro, the former mayor of San Antonio and HUD Secretary under Obama, is doing just that. He recently announced a longshot bid to become President of the United States. In Castro’s eyes, Latinos have come a long way in American politics in recent decades. From a disenfranchised and virtually powerless minority, they are now big city mayors, statewide officials, and members of Congress. So why not President?
In the context of President Trump’s administration, minorities, particularly Latinos, have been subjected to widespread negative political rhetoric, and, more frighteningly, sometimes overt racism. But for Castro, now is the time to fight back. In this era of rising xenophobia, he aims to inspire Latino voices to make themselves heard. With behind the scenes access, ¡VIVA CASTRO! will feature in-the-trenches portrayal of Julian Castro’s 2020 bid to become the first Latino president and its effect on Latinos across the United States.
¡VIVA CASTRO! will be more than a campaign film.  It will also be a profile of Latinos throughout the country impacted by Castro’s 2020 bid to become the first Latino president of the United States.