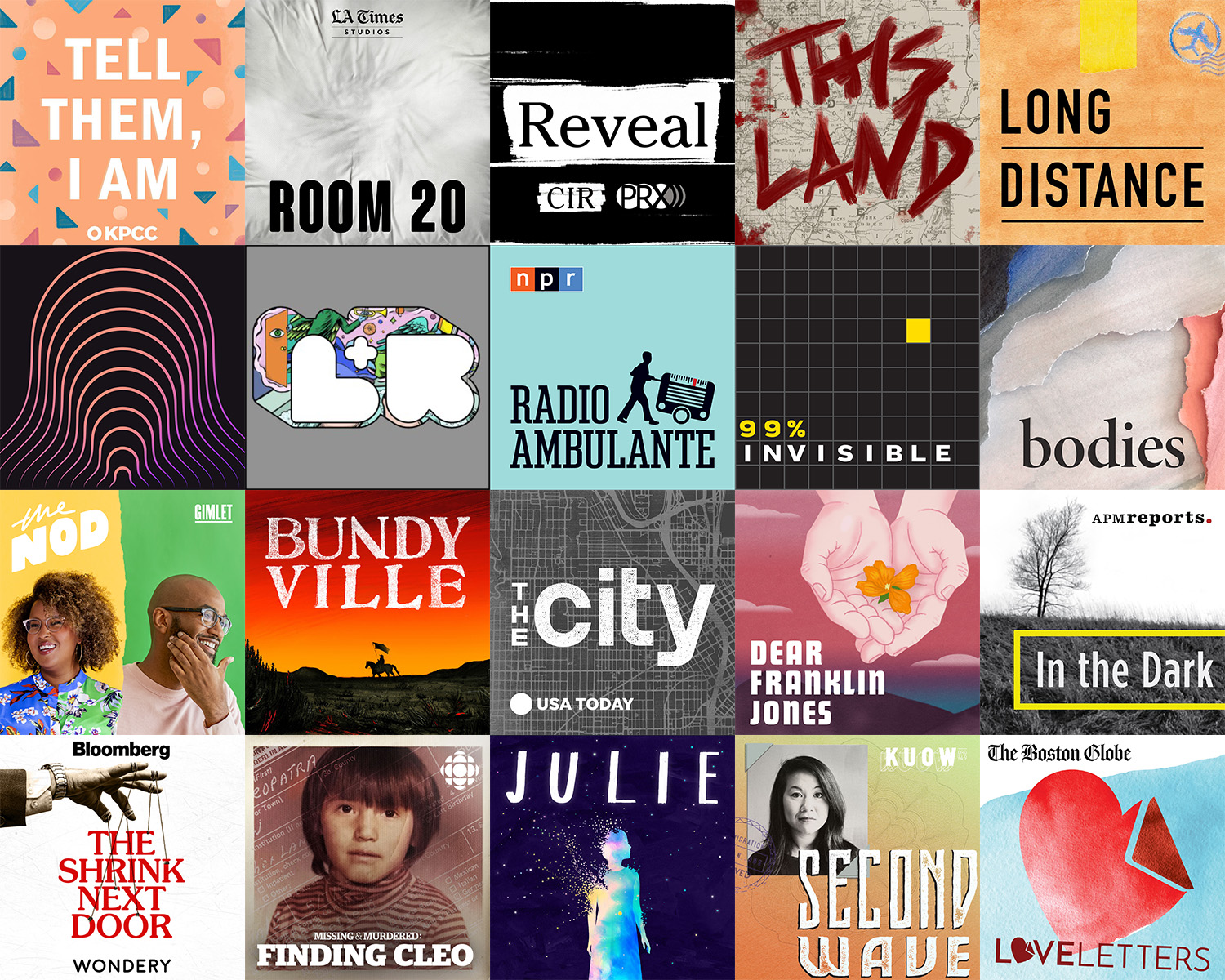 IDA’s inaugural Podcast Day is coming up this weekend! To help you get ready for a daylong exploration of audio storytelling and documentary podcasting, we’ve compiled a list of must-listen audio docs that you can dive into online. We even asked this Saturday’s panelists to recommend a few of their own personal favorites, including docs whose production and creation they’ve been involved in: from classic true crime to animated history, here are some audio docs to listen. Ready to start making your own? Make sure you buy your tickets to Podcast Day this Saturday, August 24!

The pilot episode of Sam Greenspan’s new podcast, Bellwether, is the story of the self-driving Uber collision that killed a pedestrian. But who’s really at fault? If the person behind the wheel takes the fall, suddenly we are living in a world where one can go to jail for the crimes of an AI.

Ellen was struggling for money, working as a Subway “sandwich artist” (yes, that’s a real thing). So she decided to find a new job, and settled on one that allowed her to make over $30,000 for just a couple hours of work each week. One with emotional and moral consequences she didn’t fully anticipate.

Radio Ambulante is a Spanish program of National Public Radio (NPR) that explores Latin American stories, presented by Peruvian author, Daniel Daniel Alarcón. Episode Palabra Prohibida (The Forbidden Word) takes us back to 2000 in Durham, North Carolina, where Reza Salazar struggled to adapt and learn the customs of his new home. There was one word his new friends told him he could never, ever say.

A short story of how The Sims gave the 15-year-old Autumn an escape from her difficult home life. Amid tragedy, the line between the game and real-life starts to blur.

A hybrid 5-minute piece where an animal psychologist searches for the source of one horse's ennui. The horse “responds” with his story of dislocation and lost youth.

Originally, host and creator Roman Mars produced 99% Invisible from his bedroom, then out of a small shed behind his house with producer Sam Greenspan. Now in downtown Oakland, the series continues to bring us stories of unnoticed architecture and design that shape our world.

“What’s wrong with me?” Each episode of this documentary series begins as a medical mystery. But once you peel back the layers, more questions emerge.

A seven-part series chronicling the rise, fall and resurgence of the Bundy family, the armed uprisings they inspired and the fight over the future of the American West. The series scrutinizes extremist violence that has made headlines in recent years, and how those events share ideas with the anti-government movement. The series also investigates who is inspiring that violence and who stands to benefit.

The investigative podcast digs up stories buried underneath city development’s rubble. Season one begins in Chicago in 1990, at a pair of vacant lots in a black, working-class neighborhood called North Lawndale. Season two heads west to Reno.

In The Dark (American Public Media)

Hosted and narrated by Madeleine Baran, and produced by Samara Freemark, the investigative series examines the abduction of Jacob Wetterling in season one and the trials of Curtis Flowers in season two.

Growing up, Jonathan I. Hirsch’s family was a little different. They followed a controversial spiritual leader named Franklin Jones. To Jonathan’s parents, Franklin Jones was a god, but to people outside the group, Jones was a cult leader. Now, Jonathan is going back, trying to find out what happened -- and whether the group really did become a cult.

Julie: The Unwinding of the Miracle (Pineapple Street Media)

Julie Yip-Williams tried to stay as present and honest as possible as she watched herself die from Stage IV colon cancer. The series chronicles her process of preparing for her death and revisiting the events of her extraordinary life, through hours of intensely personal and revealing conversations. It is an immigrant story, a love story, and a ghost story.

CBC's Connie Walker attempts to uncover the truth behind the unsolved 1970s disappearance of Cleo, a young Cree girl from Saskatchewan. Like many Indigenous children, Cleo's brothers and sisters were taken from their community, displayed in advertisements, and sent to live with white adoptive families across North America, through a controversial program called "Adopt Indian and Metis." They've reconnected as adults and are determined to find their missing sister and penetrate the secrets shrouding the truth about Cleo.

A podcast about stories in the Filipino diaspora hosted and produced by Paola Mardo. Each episode moves beyond typical immigrant narratives to share thoughtful tales of love, loss, history, and humor.

A podcast about the search for a man’s identity, hosted by investigative reporter Joanne Faryon. Her two-year journey is filled with twists and turns as she tracks down the truth behind why a man remained unidentified and unconscious for more than 15 years.

The series is about the small moments that define who we are and who we are not. The universal Muslim stories open a window into the lives of Tan France, Alia Shawkat, Ramy Youssef, Reza Aslan, Mercedes Iman Diamond and others.

The Shrink Next Door (Wondery)

The new true-crime podcast from Wondery is the story of celebrity psychiatrist, Dr. Isaac “Ike” Herschkopf’s control and exploitation of a patient for more than 30 years

An 1839 assassination of a Cherokee leader and a 1999 murder case – two crimes nearly two centuries apart provide the backbone to an upcoming 2019 Supreme Court decision that will determine the fate of five tribes and nearly half the land in Oklahoma.

END_OF_DOCUMENT_TOKEN_TO_BE_REPLACED

Documentaries to Watch: Getting Real '18 edition