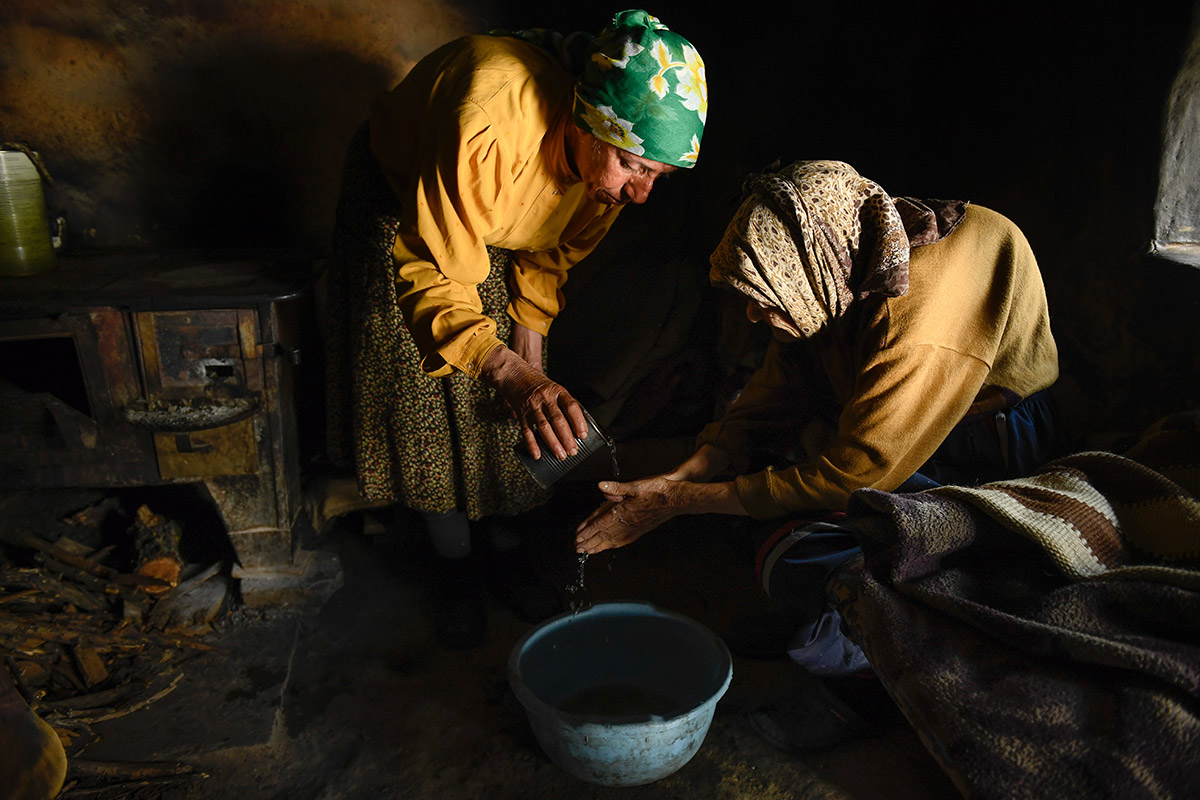 Honeyland was one of the most acclaimed documentaries of 2019, having opened the year with three awards at the Sundance Film Festival, and having wrapped it up a year later with two Academy Award nominations. Filmmakers Ljubomir Stefanov, Atanas Georgiev and Tamara Kotevska felt an obligation to their protagonists, Hatidze Muratova and Hussein Sam, in the wake of this success. The New York Times’  Patrick Kingsley travels to North Macedonia to get the updates on the complications of this obligation.

This kind of involvement is partly a self-interested act, Mr. Georgiev said—a means of both salving the crew’s conscience for deriving professional benefit from the lives of both Mr. Sam and Ms. Muratova, and warding off public criticism.

Writing for Filmmaker, Daniel Eagan interviews Maite Alberdi about her latest film, The Mole Agent, which follows a senior citizen on assignment as a mole in a Santiago nursing home.

I believe that documentary filmmaking is like being a sculptor. You have this big rock that is reality, and it is big, because that place has a lot of people. You have to chisel until a figure appears. The decision about what you are taking out is more important than what you are keeping.

Writing for Hyperallergic, Dan Schindel discusses Ai Weiwei’s Coronation, which captures the impact of COVID-19 on the Chinese city of Wuhan.

However, the overriding tone is not fixated on the strangeness of the situation, but rather how the strangeness is quickly folded into a sense of normalcy. We see this in a long take of a worker striding businesslike through a labyrinthine series of hospital hallways, passing patients and various messages of encouragement scrawled on the walls in marker. The tenor of the everyday conversations that the cameras capture is not terror but boredom. One cameraman debates his mother about how much they can trust the government. No matter what a country’s quarantining procedures (or lack thereof elsewhere), people eventually adapt their rhythms to whatever a situation demands.

The Producers Guild of America (PGA) released its COVID safety protocols on August 31; Filmmaker’s Scott Macaulay shares 14 takeaways about them.

The PGA paper, drafted by its Production Safety Task Force, both further codifies new industry safety practices while addressing issues specific to independent (i.e., non-studio or streamer-backed) productions. Additionally, like this summer’s documentary guidelines from Doc Society, Field of Vision and Sundance Institute, the PGA’s “COVID Safety Protocols” broadens its mandate to include the question: Should a specific production be shooting at all?

The Hollywood Reporter’s Mia Galuppo interviews Netflix VP Lisa Nishimura about how her company has been reckoning both with the pandemic and with racial equity issues.

I often say to my team, "You don’t know what you don’t know." Which is why it is so important to ask for support, ask for a different point of view, and to have diversity amongst your colleagues and your peers. What heartens me is I feel that the commitment to learning and to being better is genuine. Again, we have such a long way to go, but we had 35 films in 2018 that were female-directed. And we have30 films helmed by women so far in 2020. It’s incumbent upon us to really broaden the aperture and the pipeline of who these storytellers are.

From the Archive, January 2020: “'Honeyland': A Mesmerizing Film on Humans, Nature and Bees”

"From the first moment we met Hatidze, for us it was obvious the resemblance between her and the worker bee, and her mother being the queen bee that never abandons the house, whom she has to take care of. And the neighbors are the other group of bees, who attack each other when they're on the same territory. So we really liked this metaphor and we started to follow it, but we didn’t want to make it too obvious."

END_OF_DOCUMENT_TOKEN_TO_BE_REPLACED

The Ethics of Documentary Production in a Pandemic

Up Against The Great Wall! Ai Weiwei Challenges China for Change