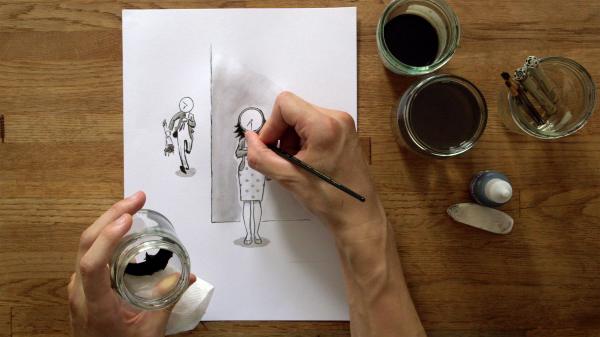 The Huffington Post assesses the PR campaigns of universities like Harvard and Florida State against The Hunting Ground:

If you haven't seen The Hunting Ground, but have only read about it, then you "know" that it is an "inaccurate", "misleading," "supposed documentary" forwarding the filmmakers' agenda. And you know this because of an incredibly well orchestrated press campaign intended to discredit and bury the film. The Hunting Ground points its finger at over 100 colleges that are now being investigated by the Department of Education for failing to report and investigate rapes. Three stories, from Harvard, Florida State University and University of North Carolina at Chapel Hill, get particular attention...The colleges that The Hunting Ground points fingers at have plenty to lose, and not just in reputation, which could affect parents considering colleges for their daughters, or upsetting their donor base. Universities who are found to be under-reporting or otherwise not addressing sexual assault on their campuses are at risk of losing Federal funding, under Title IX, a Federal law that addresses gender equality in our colleges. Harvard and FSU came out swinging. According to the Hollywood Reporter, FSU hired G.F. Bunting, a communications firm in San Francisco specializing in "crisis management."...They play hardball. In 2013, a Pulitzer Prize nominated LA Times reporter, Jason Felch, ran a story in 2013 about Occidental College failing to report 27 sexual assaults on their campus. Occidental hired G.F. Bunting. Bunting took the reporter, and the story, down. Felch was fired for an "inappropriate relationship" with a source. LA Times retracted the article.

Indiewire talks about how Oscar doc campaigns have become costly and out of control:

While awards campaigns have always been integral to the nonfiction business, insiders say this year's race is one of the most costly and competitive. "The amount of lobbying and marketing that now occurs even just to get a film on the [Oscar] short list has gotten out of control," said Dan Cogan, executive director of Impact Partners and an executive producer on short-listed documentary The Hunting Ground. Campaigning has ratcheted up this year as a result of several factors. For one, the 2012 rule changes to the documentary category have created an environment where the most popular films have an advantage. Now, the entire doc branch determines the nominated films, rather than select committees, and secondly, the entire Academy of Motion Picture Arts and Sciences membership can vote on the winner. "With the demise of the committee system in the documentary branch, the films with the biggest profiles get the best shot at the short list and nominations," said Cogan, "so everyone is trying to raise their profile from the get-go."

The Envelope on how this year's documentary contenders remind us there are many ways to talk about issues:

When Marc Silver's 3 1/2 Minutes, Ten Bullets, which documents the trial of a white Florida man accused of shooting and killing an unarmed black teenager in a dispute over loud music, was screened at the Full Frame Documentary Festival in Durham, N.C., just days after a white police officer gunned down an unarmed black man in South Carolina, the resonance between the two deaths hung heavy in the air. And with the Black Lives Matter movement working to keep a national spotlight on similar incidents, it seems as if hardly a week passes without the movie's topicality being reaffirmed. "Every time that I've screened the film since it was released, I have to learn a new name of somebody who has been killed," Silver says, "where the DNA of this story and the reason for that construction of fear and the rest of it are repeated over and over again."

Scottish Documentary Institute (SDI) has been around for more than 10 years now, based at Edinburgh College of Art/University of Edinburgh. We are a documentary hub, passionate about ambitious, bold and innovative approaches to filmmaking; we’re committed to developing new voices and talents through training, production and distribution and inter-generational dialogue. We have made our name through our award-winning Bridging the Gap short documentary flagship programme, now in its 13th edition, and more recently through our resurrection of a creative documentary slot on STV, This is Scotland. SDI’s raison d’etre, founded by professor/director Noemie Mendelle, has always been about coming together as a group, learning from each other, and finding the form and structure for real stories by creating a poetic order from the chaos of our lives.

When you were approached about this documentary were you always on board with the idea? Were you at any point ambivalent? I certainly wasn’t on board from the start because Leah had just gotten out of Stanford film school. It really goes back to 2007. And Leah’s main interest, as I ascertained it at that time, was the caption contest. So I don’t really think she knew all that much about The New Yorker and she didn’t necessarily have a plan. And really, furthermore, it wasn’t going to be up to me. It’s a big organization, The New Yorker’s part of Condé Nast, so basically I sort of blew her off because even if I wanted to do it they wouldn’t do it because you’ve just gotten out of film school. Why is The New Yorker going to choose you to make a documentary about New Yorker cartoons? But Leah was really persistent, she got to really know the cartoonists, she really got to know the heart and soul of cartoons within, and over the years she became deeply knowledgable and deeply sensible to everything about the cartoons and that’s why she ended up making a great documentary. But we didn’t have any creative input into it. It’s all her. We opened up and gave her access.

From the archives, April 2008 -- Heart of Darkness: Lisa Jackson Confronts Sexual Violence in The Congo in The Greatest Silence:

How do you maintain the filmmaker's point of view and maintain a human presence, an emotional equilibrium, without being entirely overwhelmed by what you're hearing and seeing? How do you walk that line? Well, as a documentarian, part of your job is to probe the soul, if you will. And I've had countless, countless interviews where my job is to get that person to return to that dark place, to remember it and to feel it and to share it. How do you do that? Well, I don't just sit down and start talking to them, first of all. There's always that long, slow approach so that we know each other and trust each other. And I let them take their time. And, of course, so much of it was in another language. I had a female translator for the majority of the time, but for the rest of it, I didn't have a translator at all. And these stories didn't come out until later. Like in the church group, for instance, Bernard was there for the very beginning, and when the old woman started telling the story about being raped by the seven soldiers, he couldn't take it anymore. He fled, and spent the rest of the three hours sitting outside, while I was inside. I had a sense of this incredible passion and this truth-telling, and also felt this incredible privilege. That was just a spontaneous moment and I kept filming.