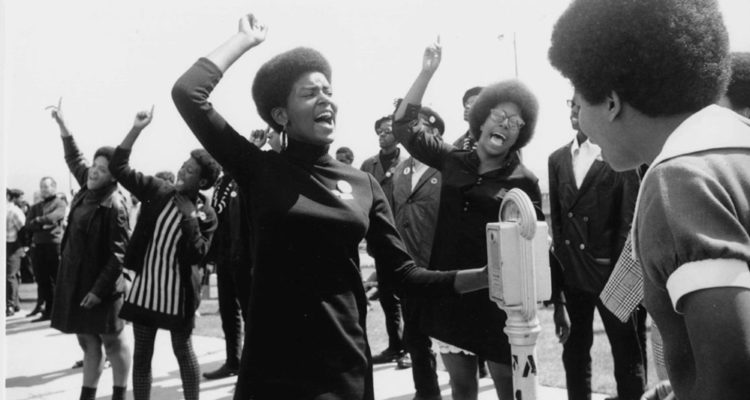 At Senses of Cinema, Carmen Gray reports on a year of European documentary film festivals.

Hearing critics talk about European documentary festivals you could often be fooled for thinking they start and end with Amsterdam's IDFA and its sexier (in its all-out embrace of the blurred lines of the fiction-doc hybrid, and immaculate Scandi packaging) rival CPH:DOX in Copenhagen. Enjoying the biggest profile and annual hype, these two events are key industry meeting points for sparking collaboration, and have the heft to claim a large share of the cream of premieres, allowing seen-it-here-first coverage of the impactful films that will travel wide. As impressive and well-programmed as these oiled machines are, the rarest of experiences are often to be found on the periphery. This piece will pay tribute to less-discussed highlights from smaller festivals...

At IndieWire, Kate Cox writes that the fight the save the Internet is not yet over.

Although the Commission just voted to kill the rules, the internet won't immediately be split into tiered bundles today or even this year. If it net neutrality does end up doomed, the reality of "how" is slower, more complicated, and more insidious than that. But the good news is, it still may not be doomed at all. Here's the reality of whether we'll get there, and when.

The EDN Financing Guide is the most cost effective tool for documentary professionals. In addition to the extensive global overview of broadcasters, funds and distributors, the 2018 edition of the documentary guide further includes an overview of co-production possibilities in 30 European countries.

At Journalism360, Zahra Rasool discusses working with a code of ethics in making VR.

With a lot of our stories we're trying to show our viewers how people survive in spite of the situations they face. Rather than victimizing our subjects, we try to show life through their perspective, while making sure our audience understands the overarching political and cultural context that has created those realities. We believe that VR has to be better than putting cameras in locations simply because we can. Ethics in journalism is as much about why the story is being told as how the story is told.

Just as a dancer shapes a phrase with tension and release, a documentary filmmaker often gives equal weight to obstacles and triumph. The maker of Mr. Gaga, Tomer Heymann, took nine years to convey the layers of Ohad Naharin's art—and the depth of confusion he stirs within us. In 2009's The Last Tightrope Dancer in Armenia, Inna Sahakyan made viewers care about an obscure subject by showing a poignant student/mentor relationship between two tightrope dancers. A good documentary can cover any genre of dance, but what does it take to make a film grab the hearts and minds of its audience?

Zaza Rusadze also spoke about the dramatic nature of Georgia, where the stage is at the center of Georgian lives: "Georgia is a dramatic country. Its character is quite theatrical. The nature is very diverse and the rivers are fast-flowing. There is a lot of temperament in our country. We dance, we sing. Georgia is also a country on the crossroad between Asia and Europe. These extremities create a vibrant energy. Being on the crossroad and having been politically juggled around by big powers has created our own cinematic language. This Georgian temperament is reflected in the kind of questioning posed by Georgian filmmakers, which is very lively."

END_OF_DOCUMENT_TOKEN_TO_BE_REPLACED

Virtual Reality Gets a Big Platform at IDFA