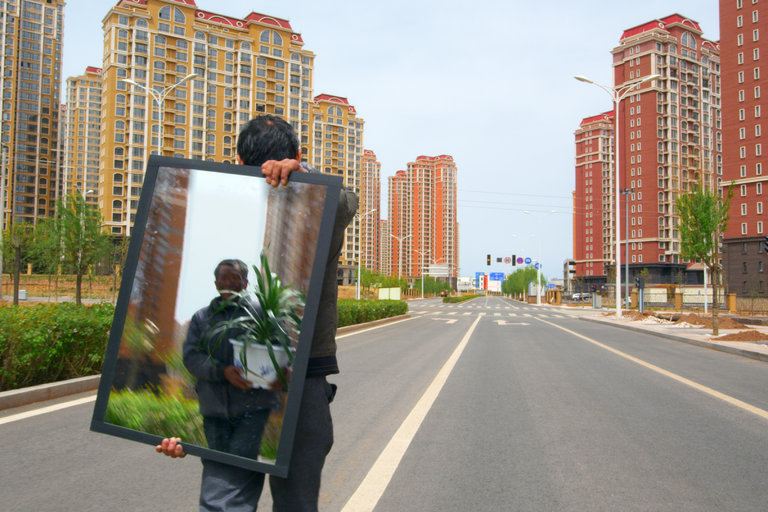 Mr. Zhao relies on imagery and audio captured over a year and a half of shooting to convey the sheer physicality and scale of Inner Mongolia's coal mines. The biggest challenge, Mr. Zhao said, was having to sneak around. He had received access to the mines through a friend of a friend, but during filming, he and a crew of two to three people had to work quickly to set up and shoot. Several times he was stopped from recording and his memory card was deleted, he said.

Nieman Lab reports on Frontline's decision to share its latest documentary in pieces on social media.

Frontline has worked to provide primary source materials around its films for years, but that's mostly taken the form of additional documents and extended interviews on its website. But with its latest film, Trump's Road to the White House, first aired Tuesday evening, Frontline is trying something new: an interactive, annotated script that audiences can use to navigate the film, and new software that lets users highlight portions of the film and share them on social media or via email.

At Indiewire, Anthony Kaufman reports on the ways that Trump's victory influenced the reception of Sundance's doc slate.

As the country is forced to grapple with a new range of issues in the post-Obama age, documentarians are also now straining to catch up. You could see it on the screen at Sundance, where last-act codas and recent news snippets suggested how the triumph of Trump had impacted, and in some cases, undermined the stories being told. The story of the election is explicitly told in Trumped: Inside the Greatest Political Upset of All Time, but even when Trump wasn’t presented, the country's conservative turn - and the pain and fractures it has caused among many of its citizens - may influence the way these films are received and understood.

At Realscreen, Valentina Valentini reports on unique forms of marketing and audience engagement at Sundance.

It's a unique position that documentaries are in. Very often, they are made with full knowledge of who their audience is, long before a narrative feature might, and especially when you take into consideration sales teams that come on board for narrative films wanting to paint the story in one light for buyers, and then buyers coming on board wanting to paint the story in a slightly different light for getting it out to their audiences. While this can leave room for experiential marketing tactics at the fest, it also can be as simple as allowing a doc to have a poster already made for its film debut – something many of the documentary competition films at this year's festival did. With narrative films, distributors generally like to take the reins in terms of imaging and messaging.

"Gunnoe's fight to stop MTR and transform the Appalachian Mountains into a wind-energy powerhouse attracted filmmaker Bill Haney and his partners, who feature her in their feature-length documentary film The Last Mountain, which premiered at the 2011 Sundance Film Festival. "I found this amazing community who were pushing to do something extraordinary," says Haney. "They're reminiscent of the farmers who fought the Redcoats during the Revolutionary War--no chance of winning but they forge ahead and win. They're the wellspring of our democracy; democracy is a participatory sport.""

Every Movie Netflix and Amazon Have Acquired From Sundance
read more

END_OF_DOCUMENT_TOKEN_TO_BE_REPLACED

Beijing Doc: A Report on Nonfiction Filmmaking in China

Where Journalism and Filmmaking Intersect: 20 Years of 'Frontline'