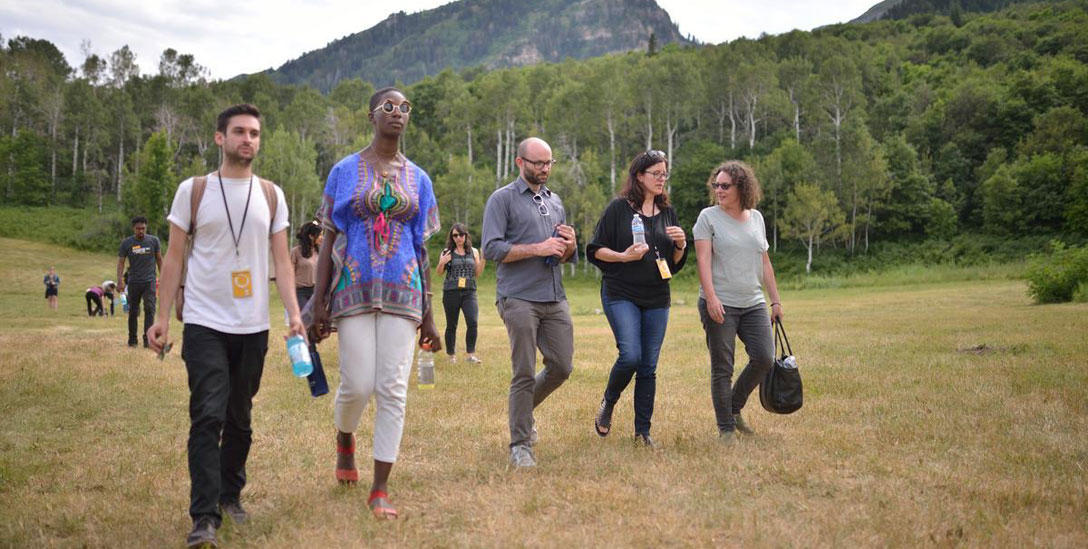 For Sundance Institute, Robert Greene goes behind the scenes of the Documentary Edit and Story Lab.

I’d come to the mountain full of doubts and skepticism and, after countless moments of cinematic discovery and genuinely felt camaraderie, I left with the zeal of a convert. The word "community" can be nauseating, but it’s an absolutely necessary element of documentary filmmaking, where the rewards for the work are often elusive or, at best, fleetingly ephemeral.

Judy Berman of Pitchfork considers the state of the contemporary "Rock Doc."

Half a century later, the rise of "access journalism" means that truly revealing profiles of celebrities are as rare on film as they are in print. The music publicity machine has become too sophisticated to let filmmakers see A-list stars at their worst, preferring to let the stars themselves direct sanitized "movies" of their own lives on Snapchat and Instagram. Unflattering portraits like Robert Frank’s legally suppressed 1972 Rolling Stones doc Cocksucker Blues and Cracked Actor, the BBC’s plunge into David Bowie’s plastic soul-era cocaine hell, would simply never get made today. Meanwhile, the concert industry has ossified to the extent that mega-festivals and other branded-as-special live shows can feel interchangeable. Who (besides LCD Soundsystem fans) would wait a year to see some artist’s beautifully edited reflection on these performances when you can stream most of them online as they’re happening?

At the P.O.V. blog, Pedro Kos and Eileen Meyer discuss the nature of the director/editor relationship.

The editor in me is trying to make work what I was working with before, and the director in me is saying, ok, you need to rethink this, take a step back, and try to look at it with new eyes. And that is the real challenge of directing and editing together for me, because in editing I get really mired in the details. I get really specific on a micro level, you’re thinking on a how to make whatever’s there work, and that’s a different frame of mind from the director’s perspective, where it needs to be a much more macro perspective.

At Current, April Simpson reports on the lack of racial diversity in public television management.

Racial minorities — black, Asian, American Indian and non-white Hispanics — make up about 23 percent of the U.S. population, according to U.S. census data. When white Hispanics are accounted for, that percentage increases to about 38 percent. When compared with station survey data from the Corporation for Public Broadcasting, census data reveal that neither public TV leadership nor public radio comes close to looking like America.

"One challenge is as basic as defining what a music documentary is. One might subdivide the genre into two categories. The concert/performance film—for which Michael Wadleigh's Woodstock (1970) is the basic template—may incorporate some interstitial sequences, but it's primarily about watching a performance. On the flip side, for lack of a better term, is the documentary about something musical, be it an artist, genre, era or sub-culture. These films may take the form of a traditional historical documentary or may follow the steps of DA Pennebaker and Richard Leacock's Dont Look Back (1967), which introduced many tropes seen in such films ever since."

END_OF_DOCUMENT_TOKEN_TO_BE_REPLACED

Shaping Reality: Documentary Editors Discuss Their Craft at Doc U