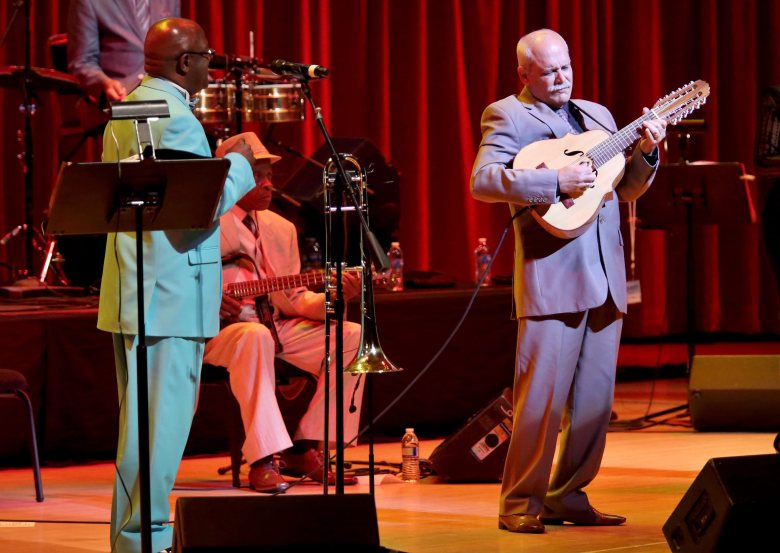 Back in January, Lucy Walker was on the verge of debuting her fifth feature at Sundance — the high-profile sequel to Wim Wenders’ 1999 Oscar-nominated documentary, The Buena Vista Social Club. It was the best-possible launchpad, with a prime slot of January 20, the first full day of the festival. Sundance had good reason to bet on the title: It continued a story that grossed $23 million worldwide and created a platinum-selling album, and could carry fresh meaning with the changes in Cuban-American relations. And then, hours before the premiere, distributor Broad Green Pictures did the unthinkable: It pulled the film from the lineup.

At The Spinoff, the directors of controversial doc Tickled detail their ongoing legal saga and dispel conspiracy theories.

We joked at the start of this whole thing that it was a bit like stepping into a tickling wormhole. What we failed to grasp at the time is that wormholes aren't exactly short. In fact, they can go on for billions of light years.

At e-flux, Prof. Erika Balsom argues that documentaries no longer need to emphasize their own "constructedness."

The interest of documentary lies in its ability to challenge dominant formations, not to conform to or mimic them, and yet uncertainty and doubt remain its contemporary watchwords, especially as it is articulated within the art context. What would it be to instead affirm the facticity of reality with care, and thereby temper the epistemological anxieties of today in lieu of reproducing them? How might a film take up a reparative relation to an embattled real? It might involve assembling rather than dismantling, fortifying belief rather than debunking false consciousness, love rather than skepticism.

At Citylab, cinematographer Bradford Young discusses going to Pittsburgh to create a video installation inspired by a renowned local photographer.

In the exhibit, Young juxtaposes Harris's charcoal-and-smoke photos of Hill District nightlife in its once-famous jazz clubs with brighter images of white families in matrimonial settings, the results of Harris's side-gig as a wedding photographer. Images of black children lined up in costume at a Halloween party and night shots of shadowy homes sitting out of focus atop hills are spliced against scrambled matrices of computer characters. A melancholy jazz number plays in the background, helmed by pianist Jason Moran, who partnered with Young for the project. The effect is both vibrant and chilling.

At Indiewire, Mark Cousins explains how his new film project made him optimistic about cinema's future.

If cinema survives, it will perhaps be for an unexpected reason. We're so used to fearing the end of film, and so familiar with the thought that the golden age of Hollywood is long gone, that we sometimes forget how very young the movies are. Compared to opera, painting, theater, novels, poetry, architecture or music, film is but a teenager. Its hormones are raging. It's still scared by what lies ahead, and is trying different guises.

"I'm not sure what it is that attracts me to making films about moguls. It could be their Faustian exercise of power  or their frequent Shakespearean falls from grace. In the process, I have been followed, berated and threatened with bodily harm, litigation and career suicide. I have put my head in the lion's mouth more often than one of P.T Barnum's troupe and somehow lived another day. Many friends and even my own mother have begged me to tread on safer ground. But just because I'm Canadian, I am not going to make films about the gestation period of the beaver or an exposé on the monopolistic practices of our maple syrup stronghold."

END_OF_DOCUMENT_TOKEN_TO_BE_REPLACED

A Century of Cinema: Mark Cousins Tells 'The Story of Film'