Essential Doc Reads: Week of May 16 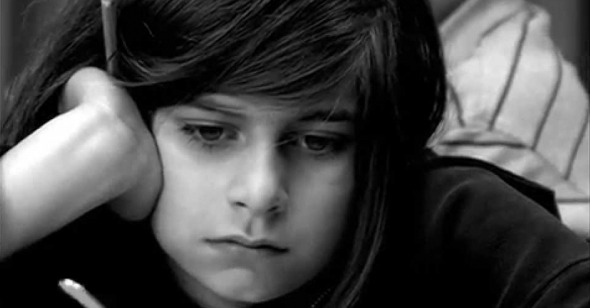 As part of an ongoing symposium on nonfiction and "cinematic reality" at Reverse Shot, Chris Wisniewski considers the affinity between progressive education and Direct Cinema.

Both attempt to problematize, minimize, or even eliminate the concept of authority as embodied, alternately, by the teacher or the director. The teacher is no longer the sole author of the learning environment, just as the filmmaker is no longer the principal author of the film. The subjects, be they students or characters, become co-authors. This is partly but not purely a political maneuver, an acknowledgment of the dignity and autonomy of the subject. Setting politics aside, one might also argue that pursuit of these ideals makes for more effective and engaged teaching and more truthful and aesthetically rewarding movies, respectively. But power is still present, and in real classrooms and on real film shoots, there remains an inevitable tension between the roles that certain figures who exercise authority must play and the principles and aspirations that guide some of our most progressive teachers and moviemakers.

In Mason Spirit, Giovanna Chesler reflects on issues of access, power, and inclusion in the film industry.

From the beginnings of this industry, film technologists crafted our tools for a specific type of body. Film lighting equipment was designed for Caucasian skin, and tripods were built for the average height of a Western man. There is as much to dismantle as there is to create. We owe it to our students to do so with the hope that in the near future there will be a place for all talented artists in the industry. That being said, we are striving to build a program that gives our graduates the tools to create their own.

Little White Lies asks some of the world's leading filmmakers to answer to question: What is documentary?

"So in essence, non-fiction cinema is the act of fictionalising what really happened or happens. Because this process often involves real people and their actual stories, it’s fraught with immense ethical and moral ambiguity. These tensions between the real and the constructed, between the aesthetic and the ethical, give life to the form; the best documentaries embrace these frictions and make use of them to create meaningful, layered cinema. This is why non-fiction is my favourite kind of filmmaking: it’s both constricted and liberated in thrilling ways."

Bender said to make the most impact on audiences, filmmakers need to remember that it’s not just issues that draw people to documentaries, it is stories. He said, "The main thing to remember is that it’s a story that needs an emotional through-line. The issue itself is not enough, there has to be an emotional part of it that takes you through the story."

In this regard, the lawyers point to a couple of factors that weighed against [filmmaker Judy] Maltz: Her work is a documentary, and thus enjoys less protection than a fictional creation might; also, Witterick’s work is a young-adult novel, and thus clearly different in expression from the documentary. In court, historian Jack Granatstein had argued for Maltz’s side that it was inappropriate for the book not to credit the documentary for detailed pieces of original research, such as information drawn from a soldier’s diary entry, but it wasn’t an argument that carried the day.

"Filmed during the Fall 2010 semester, At Berkeley posits the idea that declining government investment in affordable, public higher education will have a domino effect on a societal level. Berkeley is a salient choice for this examination. It's an educational powerhouse that over the course of 145 years has maintained both its rigorous standards and its commitment to a democratic academic philosophy. The university's ethnically, culturally and socio-economically diverse student body reflects the rapidly shifting demographics across the US."