Meet the Getting Real '20 Programming Team 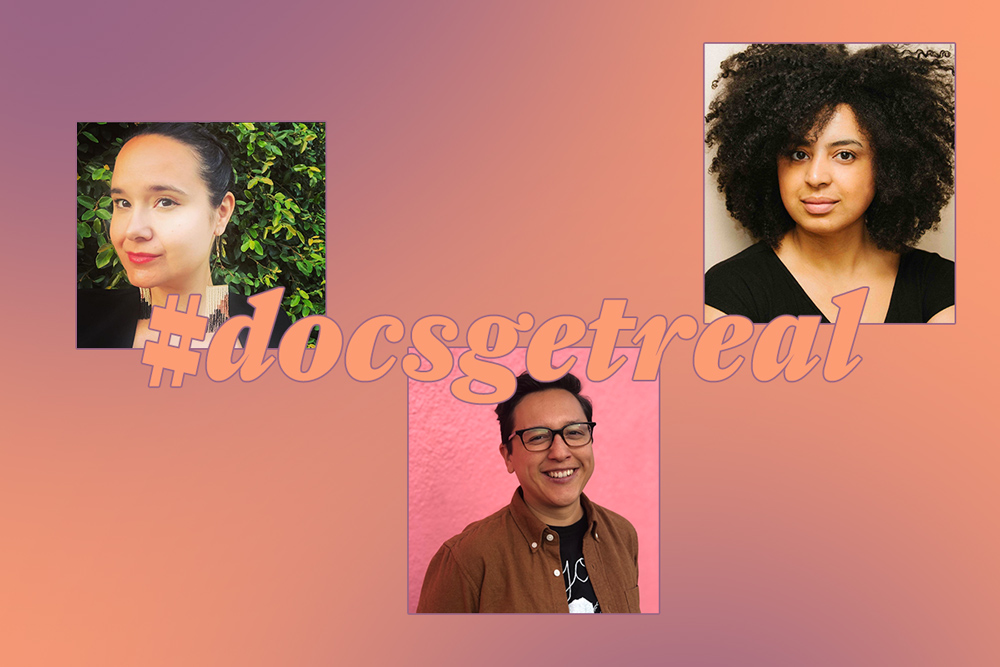 With Getting Real '20 quickly approaching, we met with the supporting programming team to see what they have planned for this year’s digital conference. Read more about what changes they’ve made to adapt to this unique moment in time and what exciting events they have in store this year.

Stephanie Owens (SO) is a filmmaker based in Los Angeles. She has programmed with Palm Springs ShortFest, Sundance and LA Film Festival. She's also contributed to POV and festival and funding juries.

Nat Ruiz Tofano (NRT) is a queer and multiracial documentary filmmaker based in Oakland, California. Nat has produced numerous documentary projects that have aired on PBS, WORLD Channel, Al Jazeera English, CCTV-9, and CuriosityStream; and was the Associate Producer for the curated documentary series America ReFramed.

Christina D. King (CK) is a filmmaker based in the unceded Lenape Territory of Brooklyn. She directed the Peabody nominated Warrior Women and produced the forthcoming HBO series, The Vow. Her other projects include We The Animals (Sundance 2018), This May Be The Last Time (Sundance 2014), and Up Heartbreak Hill (POV). Christina was recently named as an inaugural recipient of Firelight Media's Impact Campaign Fund for her project, Warrior Women.

Tell us about the programs you are most excited about!

All: This year’s virtual conference is pared down compared to previous ones, so this lineup of programs is essentially made up of all our favorites. We are excited by surprising and unexpected pairings, which we hope will make the sessions more transformative. We’re also very excited about how far-reaching this year’s edition is because it’s free and online. We hope this attracts people who may not have been able to attend in the past.

We’ll be offering CART captioning, ASL interpretation, and other accessibility tools. There will also be some creative and fun ways to connect and interact with each other with the theme joy in mind!

Have you ever attended Getting Real in the past? What are some takeaways that you learned from your experience?

NRT: I attended Getting Real ‘18—it really felt like the first time where I found my people at an industry event. The #decolonizedocs series was powerful and energizing, and for the first time I felt like I was in a space where folks did not have to censor themselves to speak their truth and could be transparent about the hard issues in our industry.

SO: I haven’t attended in the past—but I do find myself missing the sound of a crowded conference space. I’m more of an introvert so transitioning to virtual gatherings hasn’t been all bad for me—but I am feeling nostalgic for that sound and spontaneity. We are hoping to bring in moments that have that “bump into someone in the lobby by accident” feeling.

Is there anything else you want members to know about this year’s Getting Real?

All: Some people like to watch a spinning top spin until it finally topples over, and other people will knock it off its axis, see where it goes and spin again. Getting Real ‘20 feels like it’ll be a jolt to the status quo.

While this year’s conference has gone online, our mission remains the same: to build relationships, find community, and share joyful moments with one another—even if from a distance. Learn more about Getting Real ‘20 here.

Tags:
Getting Real
Inside the IDA

END_OF_DOCUMENT_TOKEN_TO_BE_REPLACED

Magical Realism and Other Subversions