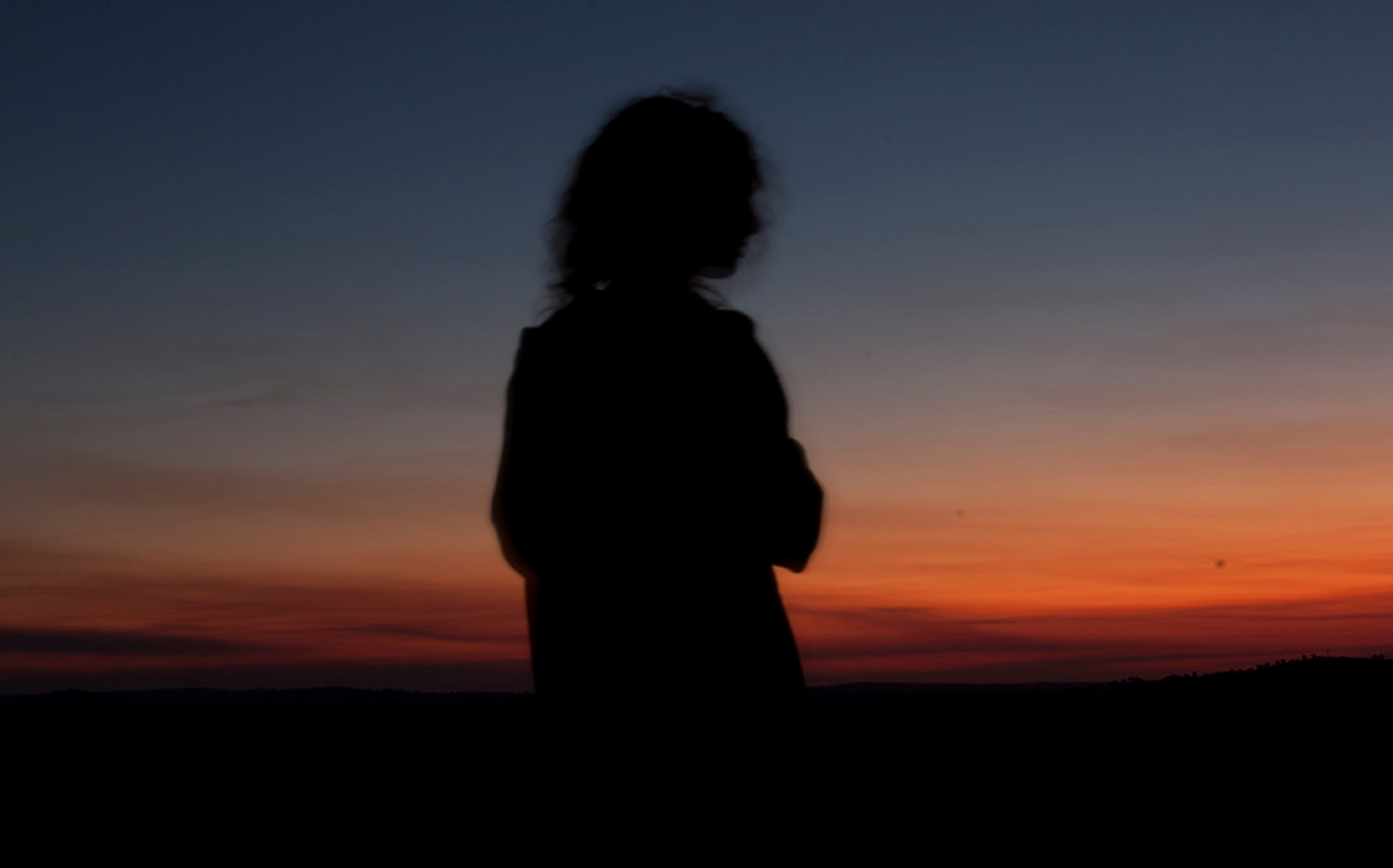 Editor’s Note: The documentary career is as demanding and taxing as it is rewarding. On the one hand, there are the occasional honors, accolades, fellowships and grants, along with the impetus that your work can make a transformative difference in both moving the art form forward and making substantive social change. But the documentary profession is a long-odds game, one often fraught with disappointment and struggle.

Since its launch in 2014, IDA’s biennial Getting Real conference has sparked dialogue and calls for action about such issues as sustainability—the elusive act of making a living at the career you’ve chosen. And the struggle that undergirds sustainability is not just financial. It’s emotional and psychological and physical. And, as we’ve witnessed over the past few years, it can take your life.

At Getting Real 2018, IDA devoted two sessions that opened the conversation about the emotional impact of making documentaries: one on Therapeutic Interventions in Documentary, and the other, an Experiential Workshop, both moderated by Rebecca Day, a documentary producer and psychotherapist. While we cannot confirm that these sessions were unprecedented in a public documentary forum, we can attest to the gratitude the attendees felt in having the opportunity to discuss mental health in an open and honest way.

Recognizing the urgency of this topic, IDA reached out to The D-Word, the online community of many thousands of documentary professionals worldwide, to collaborate on a weeklong conversation on mental health. And we called on Rebecca, once again, to host what expanded to two weeks of intense discussions, where we shared experiences, debated the roots of the problem, talked about solutions and supported each other in a profoundly moving way. Participants showed a tremendous amount of courage and vulnerability in their openness, and we know that there were many others logging in as the conversation unfolded. These two weeks will no doubt spark further discussions about change, what it looks like and who will drive it.

We thank Rebecca for sharing her thoughts on this most provocative fortnight.

The role of the filmmaker is a challenging and complex one. It’s incredibly common to find ourselves filming with the most vulnerable people in society, our working relationships and experiences are intense and intimate and more often than not, the filmmaker is left vulnerable and open to pain and suffering. Much was shared over two weeks this summer, but one thing is startlingly clear:

The documentary community is in crisis. We are suffering greatly and in relative silence.

If there’s anything I’ve learned in both my work has a documentary producer and my work as a psychotherapist is the incredible resilience people possess when they work in a caring profession—and documentary is definitely a caring profession. The stories we feel indebted to tell are about giving other, more vulnerable people a voice where they wouldn’t otherwise have one. The process of doing this, however, often comes at great personal risk and one that goes largely ignored.

The special topic we launched in July was called “Mental Health in the Documentary Business,” and there really is no way to sugar-coat the genuine and courageous outpouring that occurred. It led me to wonder why it had taken us so long to get here in the first place. Feelings of loneliness, isolation, depression, detachment, fear and anxiety were all voiced. The shame attached to admitting that it was a struggle had locked people into silence and ultimately isolated them, and had prevented them from making space for self-care in their working patterns. Many have admitted to feeling like a pseudo therapist to their contributors, yet they are neither supported or trained in their role as “acting” therapists, nor do they feel they are in a position to ask for support themselves. Often the stories we chose come about because we have some previous experience of the underlying theme. Vicarious trauma and triggering of first-hand trauma is rife but rarely mitigated against because we don’t always know what parts of ourselves our films are going to tap into or re-awaken.

Many people talked about trying to work while coping with severe situational depression, vicarious trauma, compassion fatigue, suicidal thoughts and attempted suicide and physical responses to stress, such as chronic fatigue and the appearance of auto-immune diseases. This is the true personal cost of making documentaries, and it was overwhelming to hear how many people were experiencing elements of this. This is the danger we face when we don’t create space to explore the difficult edges of what we do. For some, this was the first time these emotions had been voiced aloud and it was a surprise to them to discover they weren’t alone.

So, we set about coming up with ways to improve our situation: find a therapist, go to a yoga class, meditate, eat healthier, spend time in nature, take a holiday. It sounds simple, doesn’t it? But that in itself is a challenge. When you’re working on crazy deadlines and you need to be available at the drop of a hat for an unfolding story and you’ve re-mortgaged your house to fund your documentary, it’s pretty much impossible to make space for this. So, you keep going so that you can finish the project and maybe breathe for a bit before moving onto the next one. But the debt you’ve amassed making the last one makes it impossible to not have more work lined up, and the story you’ve invested your heart in is too important to ignore, so you jump on the hamster wheel again, without taking a break and tending to the emotional fallout.

And who can pay for all of this self-care anyway? Time leaves little space for it and lack of finances only contributes to this problem. The conversation swung frequently between the risks of filmmaking on the individual and the resentment we feel about producing this work with little or no money. While the severity of the mental health risks mentioned here may come as a surprise, the fact that directors and producers often finish films severely in debt and without getting paid does not. An important thing to note here is that this happens regardless of experience or reputation. We can place value on our work through the awards we win, the festivals we are accepted into, the press we generate for our films. But that doesn’t put food on the table or pay our rent. We are stuck in a poverty trap and we urgently need the people in power to sit up and take notice. Until we put structures in place to protect filmmakers, nothing will change.

So, what solutions can we realistically offer?

Self-care is a starting point. There certainly needs to be a psychological shift in the way we view our mental health, and this should be recognised in our budgets. Regardless of whether the money can actually be raised or not, it’s important to acknowledge the need for emotional support as a budget line. How many of you at the moment feel like your film should pay for your therapeutic support? How many of you are just quietly accessing it without the knowledge of your crew and paying for it out of your own pockets?

If it was a recognised line item, perhaps there would a lot less shame about reaching out for a therapist or going to your producer or funders and saying you need help, you need to talk, you need support. It shouldn’t come as a surprise; it should be accepted that making these beautiful, vulnerable, urgent stories is going to take a toll on our mental health and from the very outset, contingencies should be put in place to hold us up when things get difficult—because they will get difficult. An awareness of that is just as vital as developing an industry support structure, especially when we’re talking about trauma. This first part is up to us; we need to create a term for it and start using it as standard industry practice.

The other critical change needs to come from the top down, from the institutions and funders that support our filmmakers, screen our films and educate emerging talent. We need more support to really foster documentary as a sustainable career. There needs to be less expectation on films to be halfway through production before committing finance and more support in the early stages. Artist-based grants would allow filmmakers to develop their craft across several projects, while removing a huge amount of strain. Faster turnarounds on grant disbursements, simpler application processes, slate funding and more emergency funding would ease the burden on producers enormously—streamlining the applications to include the same questions has helped. We need to work closely with film schools and emerging talent to really highlight the emotional and financial risks of embarking on feature-length creative documentaries, recognizing upfront the toll it can take. The de-stigmatization of this is vital. Many filmmakers asked for the creation of more film collaboratives, where overheads, resources, office space, advisory services, etc. are shared. This would also be an excellent space for more paid internships. Psychological changes are very necessary, but so too are practical solutions. This list is by no means exhaustive; we just need to create a framework that these solutions can exist in.

In terms of my own contribution to this, I started Film In Mind in an effort to advocate for all of these things. Services I offer include individual and “professional relationship” therapy, which can take place in person or via online video chat; mental health training courses for students; workshops for emerging and experienced filmmakers that confront the emotional burden of filmmaking; creative retreats; and consultation on projects working with vulnerable contributors. Yet I’m also struggling to find a model that works in an industry with such systemic problems. I’m fully aware that filmmakers simply cannot afford to pay for these resources, and I cannot offer my time for free. So, I also find myself trapped in moving forward.

So, where does this leave us? The drive to make these films is not going to go away. We will keep making documentaries and each one will test us in ways we cannot begin to imagine. We will keep making them because they are urgent, vital pieces of work that allow us to protest, to educate, to express ourselves politically and socially and to understand the human condition. The light within it all is the undeniable passion for telling stories and the vast amount of compassion shown towards each other. Perhaps this conversation has opened doors for us to find new, collaborative ways of supporting each other. Perhaps it will begin to lift the shame attached to asking for help. At the very least, we hope that it provides a form of solidarity amongst the community. Yet, the responsibility does not lie with the individual. In an industry that’s made up of so many creative, wise and compassionate souls, we can certainly do more.

Rebecca Day is a qualified psychotherapist and freelance documentary producer. She founded Film In Mind in 2018 to address mental health in the film industry and has spoken at festivals such as IDFA, Getting Real Documentary Conference and Sheffield DocFest on the issue. She offers consultancies, workshops and therapeutic support to filmmakers working in difficult situations and with vulnerable people.

END_OF_DOCUMENT_TOKEN_TO_BE_REPLACED

Doc Star of the Month: Margaret Byrne, 'Any Given Day'