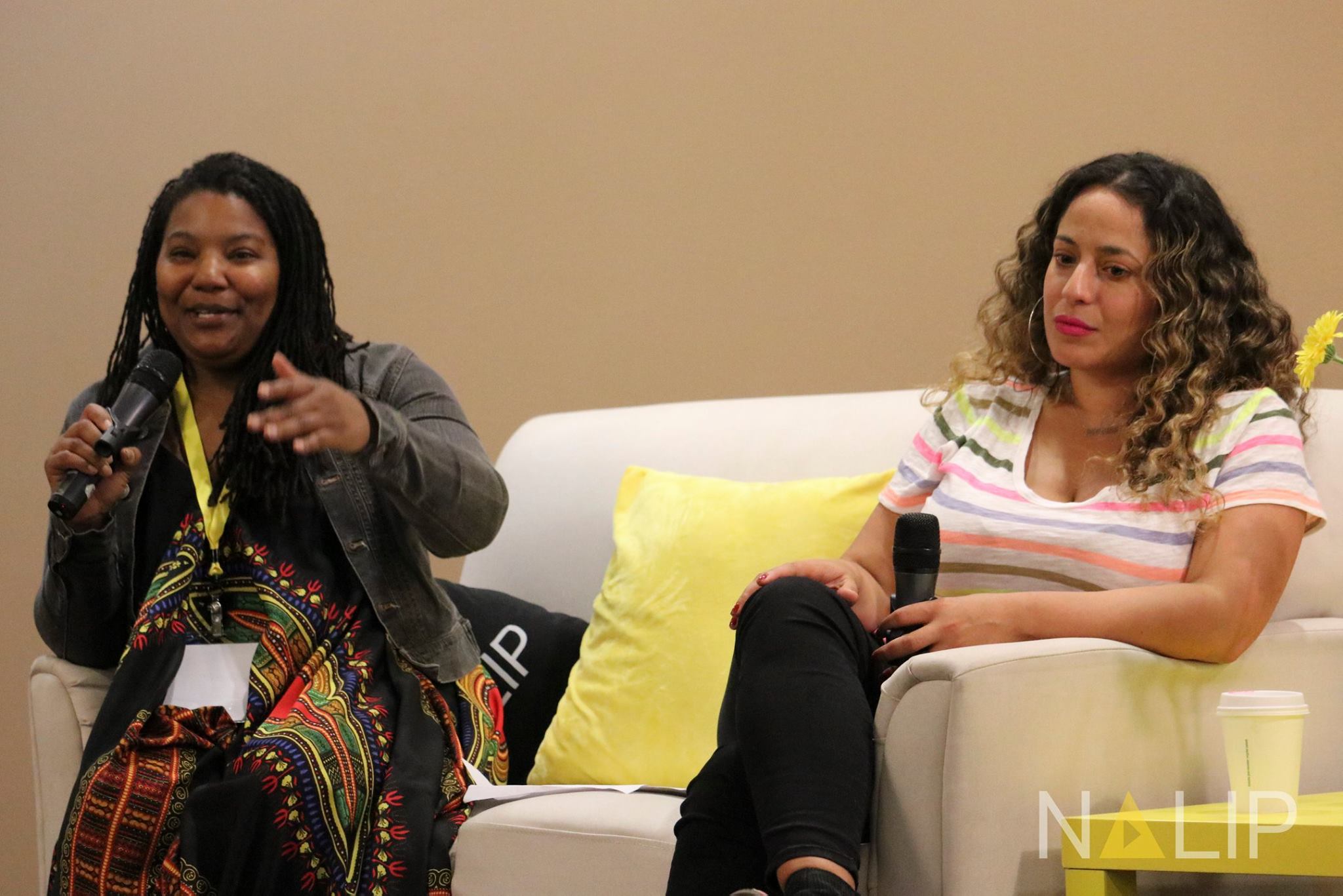 My name is Cecilia Mejia Morales, but the filmmaking community knows me as Cecilia MeMor. This summer, I am working as an intern for IDA in the Filmmaker Services department through the Los Angeles County Arts Commision  (LACAC), Paid Arts Internship Program.

During my first week at the IDA, I was invited to attend the National Association of Latino Independent Producers (NALIP) Summit with my supervisor, Toni Bell, Filmmaker Services Manager. While she moderated the “Pitching to Perfection” panel and took meetings with documentary filmmakers, I attended several panels. What follows are my reflections on my first NALIP Summit experience.

The first panel that I attended was "Emerging Content Creators."  The workshop was designed to introduce new filmmakers who have found a way to make their work stand out. They shared their struggles such as the lack of access to equipment, and the need to be extra resourceful. The panelists also discussed the different ways in which they have had to navigate the industry to express their unique voices while exploring issues that are relevant to Latino audiences.

One of the panelists used the problem of gentrification which primarily impacts Latinx and Black communities, as a way to bring awareness about this social problem. Though gentrification is affecting our community, we still find ways to joke about it while we keep moving forward with our lives. It is part of our “Latinidad”; we learn to laugh even during hard times. 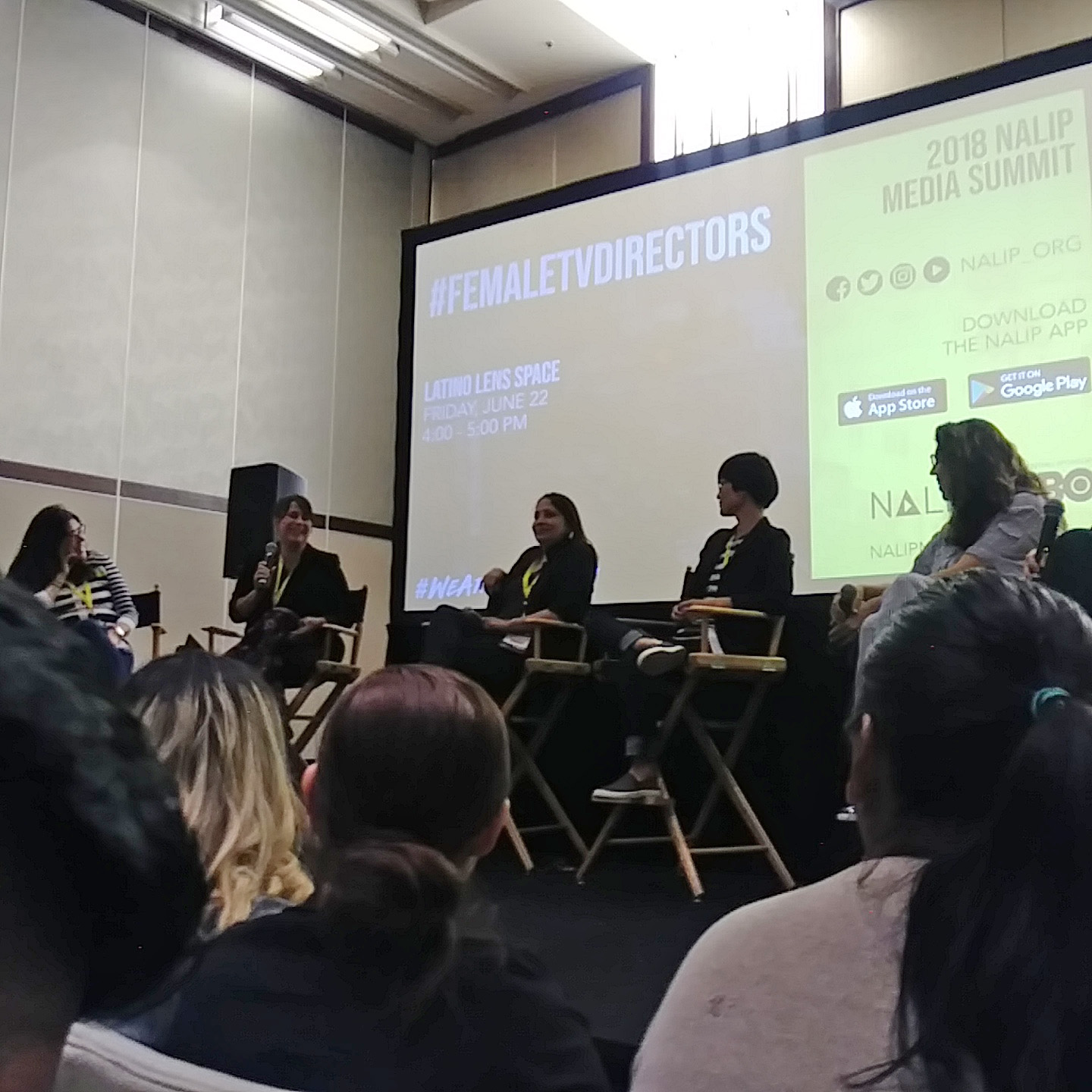 On Friday, I attended the “Female TV Directors” panel which brought together a diverse group of women. They all worked as freelance directors for companies like Netflix or as training directors with HBO and FOX. They candidly discussed how they successfully made it as directors working in the competitive television media market. These women gave everyone a sense of hope that the industry is becoming more diverse and inclusive, although they shared that across all media, only 20 percent of content is produced by women. According to the Women and Hollywood site, 50 percent of moviegoers are women, but for the top 100 films produced last year, 8 percent were directed by women. And, in the case of TV broadcasting, 28 percent of all the creative content was created by females. My hope is we see much more female-generated content. 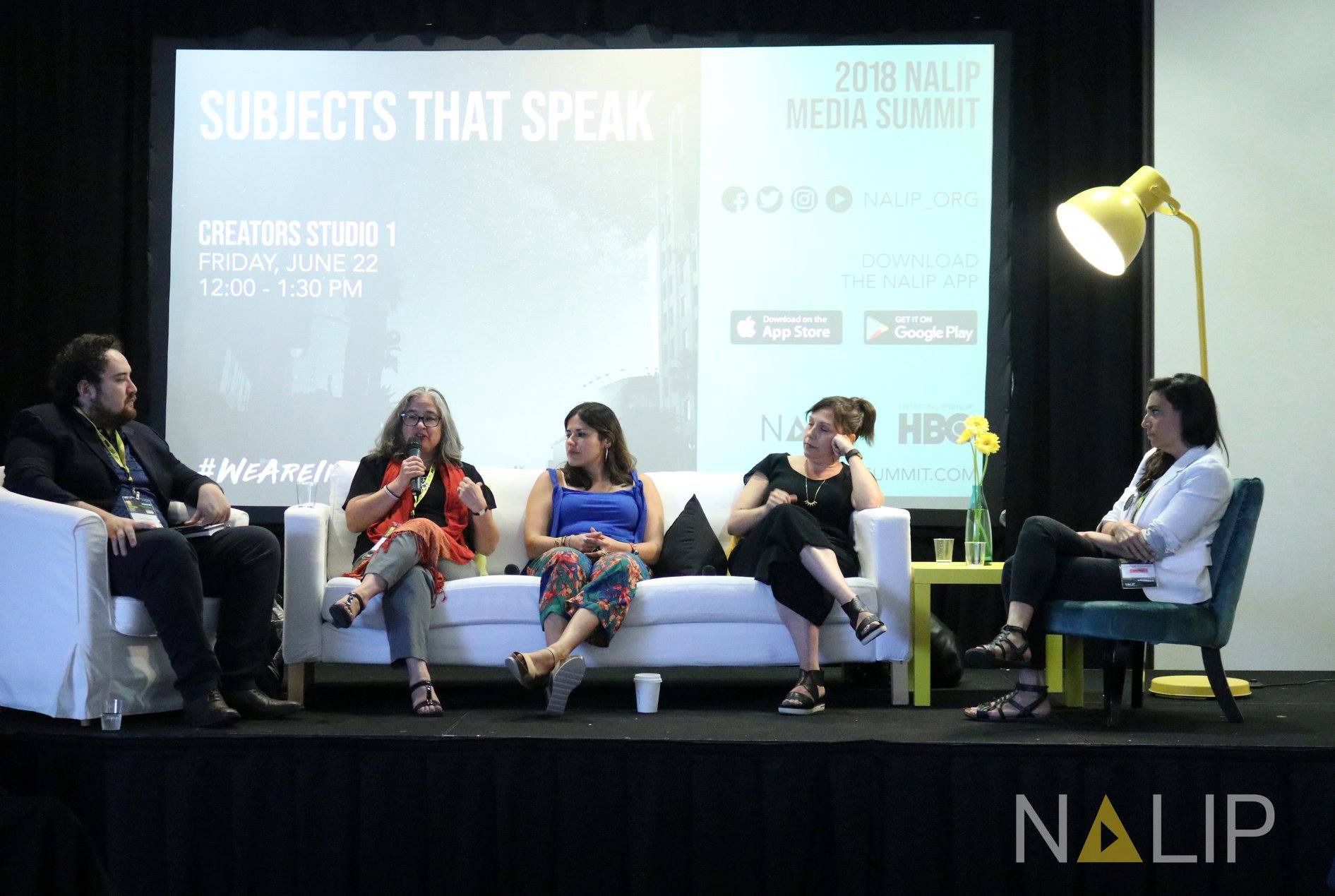 Another remarkable panel was “Subjects that Speak,” which featured female documentary producers addressing who they found impactful subjects that who embodied powerful stories. Working for IDA has taught me that being a documentarian is not an easy task. As a documentarist, you need to be very passionate about the story you want to tell because you will have to live with it for many years. The panelist advised, “You should pick your subject based on a story that speaks to you.” These women also shared that sometimes, as documentarists, they forget that people just want to be heard. It is a big responsibility to carry those messages into the world. This is why practicing ethics is a big part of facilitating connections on opposite sides of the lens.

As a documentarian, the panelists said, you need to be authentically vulnerable so that your subject can open and relate to you as a human being. You need to learn to ask questions, constantly put yourself out there, learn to pitch and fundraise, and be willing to work harder than narrative filmmakers. Organizations, studios, donors and government offices will expect you to deliver a high-quality product once they have given you money to move forward. Thus, it is very crucial to understand the nature of being an independent filmmaker. You will have to work a regular job while taking the responsibility of bringing your documentary to life.

I hope that organizations like IDA and NALIP continue to provide opportunities for new filmmakers. I am looking forward to continuing meaningful connections within my black and brown Latino community, as well as other minority groups.  I believe that when one of us makes it inside any industry, our whole community wins.

Cecilia MeMor is the Filmmaker Services Summer Intern at the IDA. Her work can be seen on Vimeo. She is available for editing services, video production, directing for narrative film, and as a cinematographer.

END_OF_DOCUMENT_TOKEN_TO_BE_REPLACED

NALIP Celebrates a Decade of Influence