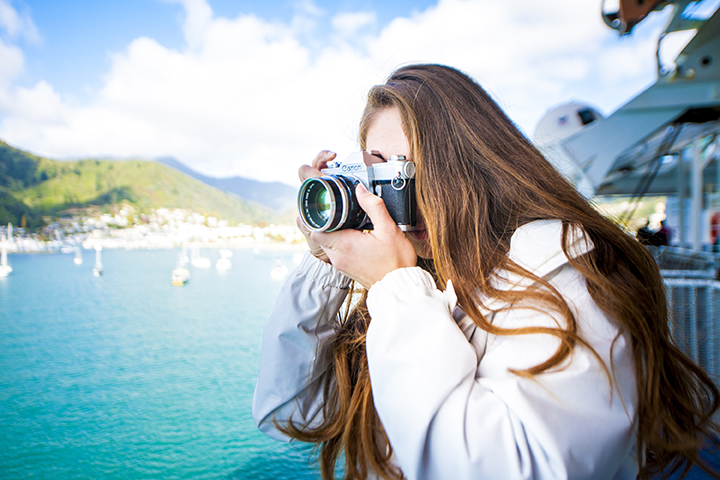 Editor's Note: After we went to press with the Summer 2016 issue, the Brooks Institute announced that it would close on October 31, 2016.

The Brooks Institute was originally founded in 1945 by Ernest Brooks as the Institute of Photography in Santa Barbara, California. Relocating this summer to nearby downtown Ventura for the fall 2016 semester, Brooks offers a Bachelor of Fine Arts in Film and a Bachelor of Science in Visual Journalism, or documentary photography and film. Graduates in both programs complete 120 semester credits in four years.

To find out more about Brooks Institute's documentary filmmaking program, we interviewed Karin Stellwagen, a lecturer in visual journalism, over the phone on the eve of her student filmmaking trip to New Zealand, which is an elective option for students in all of Brooks' degree programs. Stellwagen is a documentary filmmaker who has been at Brooks Institute since 2006. She teaches intermediate and advanced documentary courses, supervises independent film projects and serves as consulting producer for the Brooks international documentary trips.

How is Brooks' documentary filmmaking program different from others?

Karin Stellwagen: Our department is unusual. It started as a photojournalism department, turning more into a documentary department. Brooks has always been like a professional school. It was founded just after World War II by Ernie Brooks as a family company. It was geared toward working GI Bill-eligible men into the professions. Students today don't need to know about photography going in. We are super hands-on from the first day they pick up a camera. We push them to do professional work.

By graduation, every student will have a professional portfolio. They will have already created short films for local businesses or festival release, or photography for websites for community organizations, NGOs or local businesses. Many will have a long-term doc project they have started. One student has been working on a project about heroin for a couple of years. Another has a homeless project that's spanned three years. We're pretty interdisciplinary between still photography and filmmaking.

I've spearheaded the documentary film program, which is an intensive boot-camp approach to filmmaking. Whereas the traditional university spends three years studying film and then learning documentary, we start from doc at the beginning. We get people up to speed very quickly. The first class is basics of film; the second class, an explosion of five short docs; the third class, a portfolio project toward a formal documentary. 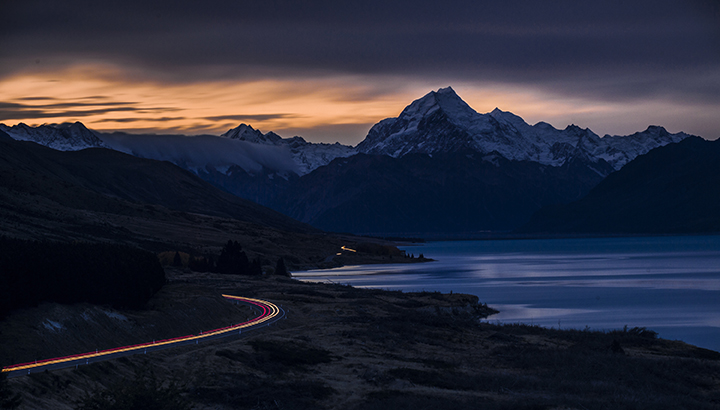 How much filmmaking experience do students need upon admission?

A lot of our incoming students are from high school and they haven't made films yet, so they don't know how to apply to a documentary program. They may have done yearbook or personal photography. Often they come to Visual Journalism and fall in love with doc filmmaking with their first film class. So, many students track themselves into doc film. We have students who graduate and become traditional photojournalists and doc filmmakers, and start their own film companies. We have graduates working at Fox Sports Networks editing promotional pieces, making TV commercials, making print ads.

The uniqueness of the program is due to my background. I embrace all types of docs, from super experimental to vérité to archival/historical to interview-driven. It's fun to see these different styles emerging from our students. We support their voices. We did a capstone review of an abstract, experimental, evocative vérité look at a family of undocumented people. It won an Alexia Grant, a very hard-to-get prize. The grant has usually been for doc photography, but photography is merging with film because a lot of photographers have realized that if you can buy a DSLR, it also shoots video, and still photographers often start to experiment with film.

What are the program's strengths and weaknesses?

We have an innovative, interdisciplinary approach that is so packed with skill sets, and we have a great diversity among our graduates. We just did our capstone class last week, and among our graduates we have a student in documentary photography, aiming toward working for Vice; a student who will be a nature photographer; students hired as post-production interns with Lucy Walker (Waste Land, The Crash Reel); students receiving Alexia Grants; and one student headed to New Zealand interested in heart-health issues. Our biggest weakness is that we're not known enough! 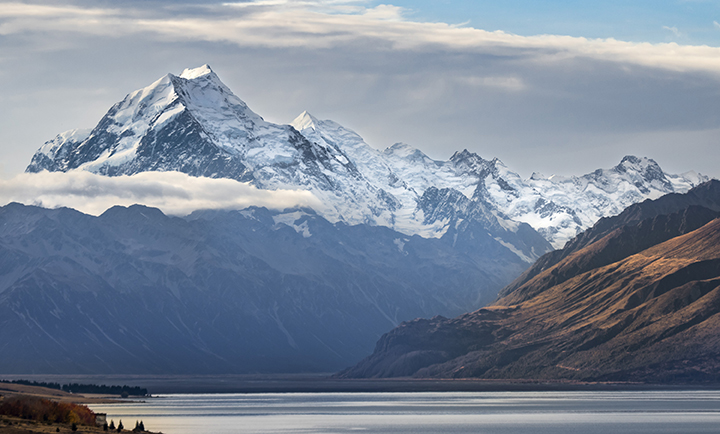 How much theory and film history do you offer in addition to technical education?

We are much more practical than other film schools. We wrap theory and film history into our production classes. In my intermediate doc class, in which we make five short films, I incorporate some history and theory. When I teach cinéma vérité, I talk about Jean Rouch and the Maysles, and show their work. I show where documentary came from and how it morphed into reality TV programs like Survivor. We talk about narrative structure, about Joseph Campbell. But the emphasis is more on the student's point of view, how to explore visually, what makes audiences respond to your work, why they should care.

The major textbook that we use is Directing the Documentary, by Michael Rabiger. Our filmmaking generation started in this field by studying theory, writing a 25-page paper about our film, and then shooting it, mainly because film was so expensive. But this current generation operates backwards: They pick up a camera and, since they're much more visually oriented, they learn by doing. Rabiger's textbook has adapted to that approach too, so the pedagogy is changing as well.

How about a commitment to social justice and human rights?

My background as a documentary producer is in listening to directors and getting what they're trying to say, helping them get to the next level of work. I ask myself, “Who are these students? What are they trying to achieve?” If students want to do social justice work, I help them do that. We had one student working on a doc about a Rwandan physician helping patients recover from trauma. Almost everyone you meet who wants to be a doc filmmaker is at heart an activist. Even my nature photographers want to help people rethink their relationship to the world. Documentary filmmaking itself is already tied to exploring new visions, transformation, changing perceptions.

We have great equipment. Students can check out lenses and sound gear. Our digital recording labs have all the software that they need. The cool thing about our time is that you can be a filmmaker in a backpack, so most of our students will buy a DSLR, a laptop, the Avid editing program. Halfway through our program, they will own most of the equipment they need. One student put everything in his backpack and went to Mexico one weekend and shot surfers. He came back and immediately went to Haiti on a Rotary Club-financed trip to film Haitians building a chicken coop. Another student is going to Jordan to make a doc about midwives in refugee camps. Our doc program appeals to people who want to be actively creating work.

What is the faculty's strong point?

The faculty is good with mentoring. I work with students one on one, spend hours in the lab. All of Brooks is like that—we have tremendous relationships between students and teachers. It's not a lecture classroom. We say, “Let's look at the work; what are you trying to say?” I think that's why the graduates operate at such a high level. 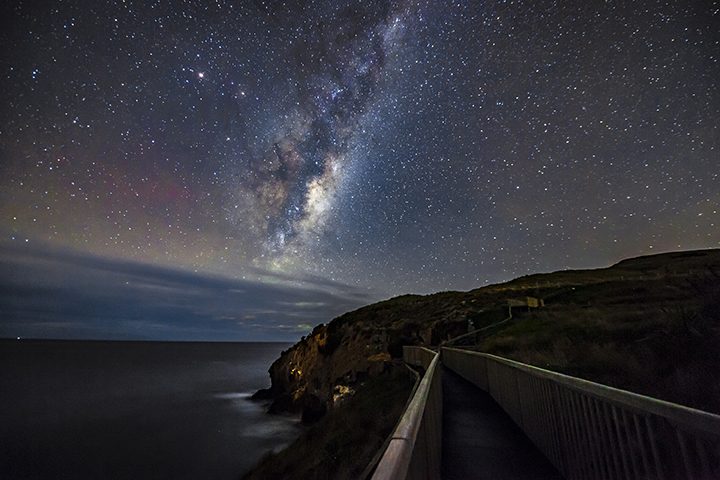 Talk about your relocation.

We've had a lot of shuffling of campuses in the past 14 years. We have one more shuffle ahead of us: We're moving this summer to central Ventura. Students are now going to be downtown, which is great. Now during class they can shoot public art, surfing, skateboarding and extreme sports. There is a large homeless population to document. The previous campus, in Santa Barbara, was expensive to live in and is now experiencing a housing crisis. Ventura is starting to open up and change. I think Brooks has had something to do with that, because our students fall in love with Ventura and decide to stay and start businesses here.

Tell us about this spring's student filmmaking trip to New Zealand.

The trip lasts six weeks and involves 13 students. We've organized international trips for the past 20 years. Every year we pick a country and the students produce the whole thing. We faculty go with them as mentors and guides, and they learn how to produce work overseas, which is a huge part of visual journalism. We have students working individually and the majority are making films, but everyone is shooting photography.

On arrival in New Zealand, we meet for two days. The students have spent the last 15 weeks preparing and pre-producing. Once in-country, they go out into all regions to shoot. They keep their faculty advisors up to speed every three days by phone. Mid-trip, they meet with the affiliating university there to screen their work so far, get feedback and hands-on critiques, and then go back out and finish shooting.

Why New Zealand this year?

One of our faculty members had a special interest in New Zealand. The country is very isolated geographically and contains many bird species found nowhere else on earth. It has no native mammals, but it has the highest per-capita cat ownership in the world. A notorious New Zealand economist wants to eradicate cats because they are eating the native birds. Our faculty member has done many environmental projects on the Channel Islands, so this project appealed to her. She's making a documentary on this topic while we're there.

Among our students we have many nature photographers who are dying to go. One of their projects is on indigenous beekeeping, exploring traditional knowledge and sustainable techniques among the Maori. Another is on clown doctors who work with sick children.

Once back in the US, students will spend all summer post-producing their work and sorting out exhibition possibilities. It's a huge process. Eventually, we will have a gallery and perhaps a book resulting from the trip's projects. It's a life-changing experience for our students.