This is echoed by alumnus filmmaker Sam Green (Class of 1993), producer and director of the Academy Award-nominated documentary The Weather Underground: "I went to Berkeley to write for a national magazine and I fell in love with making documentaries." Other students join the program knowing what they want to do, such as student Carrie Lozano (2005), who just completed her first year. "I knew I wanted to study at Berkeley because I wanted the background in ethics and law," she asserts. "I want to make films that are based in strong journalistic ethics because I have always resented being manipulated as a viewer."

In the first year of the two-year graduate program, students are introduced to the foundations of journalism. Else claims that the first year serves to ground students in nonfiction across all media types, while applying sensibilities derived from studies of law, ethics and journalism. Students take courses in writing for daily newspapers, producing television news stories and stories for radio broadcast, as well as producing work for newspapers online. In the television news course, students learn practical production skills like video camera operation, and sound editing and video editing on the Avid. Rounding out the first year of study, students must also complete an ethics and law course and a history of documentary course.

The second year of the program is devoted to producing a professional half-hour documentary for broadcast. Proposals for projects are submitted at the end of the student's first year. According to Else, "This year we are able to support 10 to 12 documentaries out of the 20 proposals submitted." Students make a variety of types of documentaries that can range from personal films to cinéma vérité. Personal films are valued because they have universal messages that lend themselves to a larger viewership. What these films have in common is that they are nonfiction for the largest and widest possible audience. Else hints at the underpinning philosophy of the documentary film program at Berkeley when he states that "the core of documentary and all nonfiction is that it plays a role in the function of democracy and the free independent media."

What typifies Berkeley documentary graduate students? Else classifies them as diverse, in their mid-to-late 20s, and distinguished by having worked for the Peace Corps, for example, or in politics before they enroll in the program. "Students are very focused, motivated and ambitious," states Lozano, who also produced The Weather Underground.

The documentary program is housed in the state-of-the-art Nan McEvoy Television Laboratory. Berkeley documentary students are well equipped, shooting on Sony professional broadcast cameras and editing on Avids. These resources are available for the second-year documentary thesis projects. Due to the financial status of the State of California, however, Else notes, "The school has been given no operational budget to cover equipment purchase, repair and supplies for the next school year." He was faced with the job this summer of finding outside funding to cover these necessary program expenses.

While pursing graduate studies, students are employed by the west coast office of PBS' highly acclaimed Frontline World series, which is housed on campus. Students are also occasionally employed by the Center for New Documentary, a project of the Graduate School of Journalism that, according to the its website, "explores, devises and tests new ways of producing high-quality documentaries inexpensively." There is no internship program available for graduate students. "These are highly talented graduate students who should be paid for their work," Else maintains.

The faculty of the documentary program includes program Else and teaching fellow Deborah Hoffmann. Else is an award-winning documentary filmmaker whose work includes The Day After Trinity: J. Robert Oppenheimer and the Atomic Bomb, Cadillac Desert: Water and the Transformation of Nature and Sing Faster: The Stagehands' Ring Cycle. Hoffmann, has made two Academy Award-nominated films: Complaints of a Dutiful Daughter and Long Night's Journey into Day.

Following suit, Berkeley student's projects have won numerous awards, including second place in the College Television Award Competition (Shilpi Gupta's When the Storm Came), and first and second place in this year's Student Academy Awards (Kimberlee Bassford's Cheerleader and Gupta's When the Storm Came). Every year a selection of student projects is picked up for nationwide primetime broadcast, and has been chosen for a number of film festivals, including Sundance and Cannes.

Thelma Vickroy is a documentary filmmaker currently working on her next project, Ahmed Ahmed. She is an assistant professor at California State University Northridge and a founder of the IDA's DOCS ROCK program. 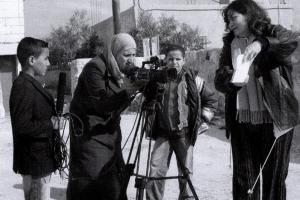 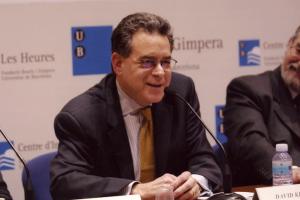 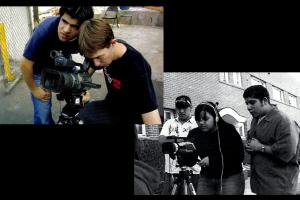 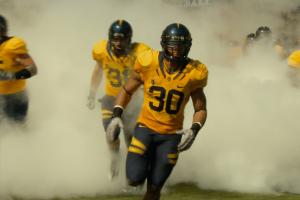 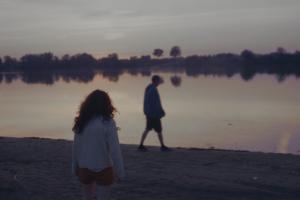