This article is intended for documentary filmmakers who, for reasons of access or budget, work alone, or nearly so. Hiring a professional sound person is essential in many situations, but too often the presence of an indifferent technician is a liability. Non-technical filmmakers can master enough of the basics to get adequate sound. I've chosen the Sennheiser G3 to explain the steps in setting up a wireless system because it is the most common system in use at this level.

Why not use the fully automatic units that are coming out, like the Sennheiser AVX? The AVX has a couple of fatal flaws for serious documentary work. It introduces a 19-millisecond latency, which means it will create an echo when paired with an analog source such as a camera or boom microphone. Also, it uses two $50 proprietary rechargeable batteries, and the receiver battery lasts maybe five hours. 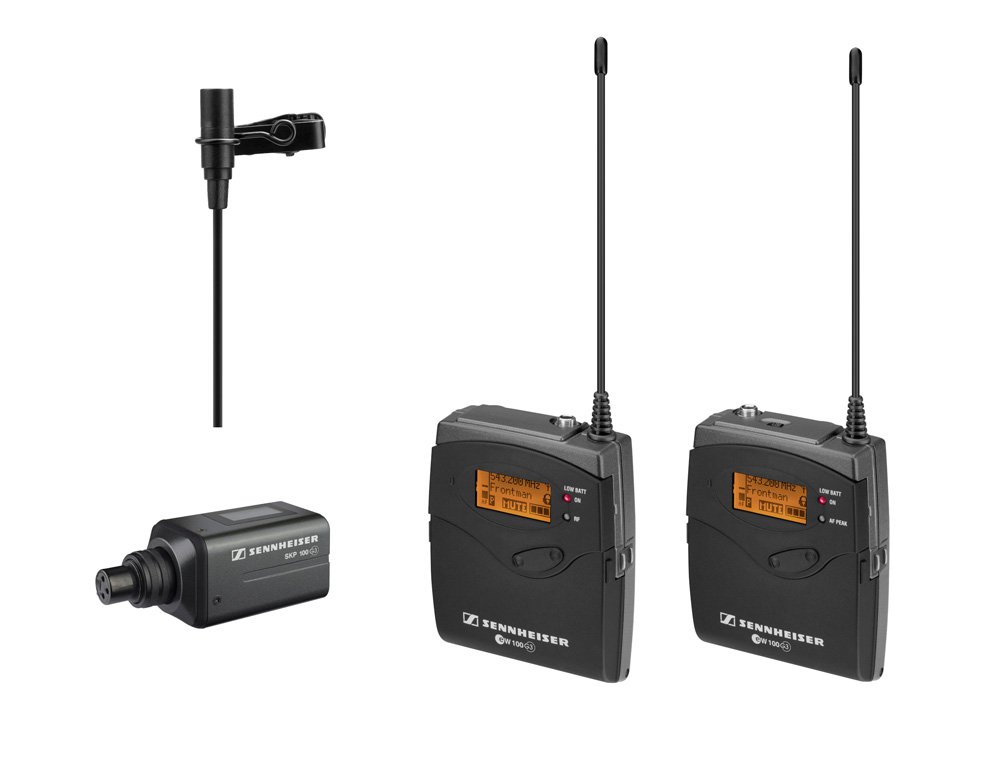 The cool dude with '80s-style tousled hair and bush jacket on the cover of the manual for the G3 wireless system is not wearing headphones, earbuds or any sound-monitoring device. Cool dude, maybe; crap sound, probably. You must monitor your sound, wireless or wired. This manual also gives almost no information on setting levels—the key to getting good wireless sound.

Use fresh batteries every day. The most common cause of lost wireless sound is a dead battery. I suggest using rechargeable batteries that have been charged the night before. Carry two sets per day. Have at least one extra of every cable. The question is not whether your cables will fail; it's when.

The following steps must be done in order, for best sound quality. This is where most mistakes are made.

In this order: First, optimize the transmitter sensitivity for the subject's level. Second, optimize the receiver output for the recording device with its gain set in the middle of its range.

If you saw activity in the RF or AF columns when you turned your receiver on with the transmitter off, you have a frequency conflict. To complicate things, even if you saw no interference in the morning, there may be intermittent signals on your frequency during the day. These often occur during business hours. If you start having dropouts at distances of less than 50 feet, a frequency change may help.

When using a wireless device, you may not be the only one listening. Anyone nearby with a similar receiver may be able to tune in. Comtek transmissions are especially vulnerable to eavesdropping because receivers are cheap on eBay and they don't have many frequencies to search. Some filmmakers feel it's fair game to record or listen in on subjects when they think they have privacy or have forgotten they are wired. This is illegal in most states, and always unethical. The equipment I use has to be turned off at the transmitter, and I tell my subjects how to do it. This backfired on me once during a shoot involving a famous photographer who was exceptionally abusive to her assistants. These poor wretches would be led off the set and harangued in the most vicious ways. Each time this happened, which was often, she would turn the transmitter off, then neglect to turn it back on.

The Internet is a vast repository of self-appointed experts and inaccurate and outdated information. Otherwise reputable sources, dealers even, put out some real whoppers along with honest omissions. I have done my best here, but I'm sure there are many who will take issue. Finally, I encourage filmmakers to make films, not obsess over specifications and YouTube reviews. It's the content, not the codec.