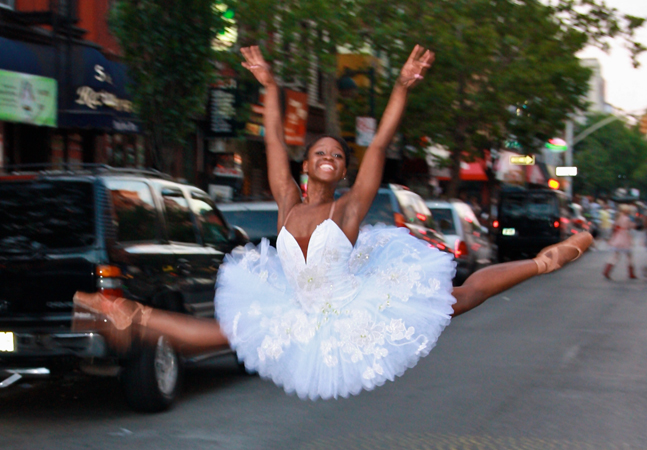 Countless articles have been written about how directors and cinematographers collaborate to create compelling documentaries. This article is about how sound adds insights and stirs emotions in four different genre documentaries.

Brooklyn Castle was directed and co-produced by Katie Dellamaggiore. The nonfiction film takes audiences on an intimate journey inside an inner-city junior high school in Brooklyn, where 65 percent of the students come from families that live below the Federal poverty line. Yet, several generations of students at the school have ranked among the best young chess players in the world.

Despite fervent support from the faculty for the chess team, the school is struggling with an ever-shrinking public school budget, a significant obstacle for students vying for opportunities to travel to national and international competitions.

Dellamaggiore and her team spent close to three years recording images and sound at the school, in homes and at tournaments, mostly with one camera.

"There were just one or two of us, and three at the most," she recalls. "During the most intimate moments, I was directing, shooting and recording sound with a wireless Lav and a shotgun mic on the camera. We only used a boom on a few occasions. Sometimes sound suffered, but not having a boom mic over the heads of students helped us in more emotional scenes.

"You can have the best shot in the world, but if you can't hear what the subject is saying, it ends up on the floor," Dellamaggiore continues. "From the beginning, we knew music would play a big role. Chess is a very internal experience, and it is very quiet. We used music to enhance suspense and emotions. We wanted the music to reflect the fact that cool, energetic, vibrant young kids were excelling at a classic, cerebral game."

First Position was the first turn at the helm on a feature-length documentary for journalist Bess Kargman. Her production team included veterans cinematographer Nick Higgins and sound recordist Eric Thomas.

The documentary follows seven students, ranging in age from 10 to 17, who are attempting to qualify for the Youth America Grand Prix competition. Winners of that competition earn scholarships to ballet schools and jobs with ballet companies.

First Position opens with images of young dancers performing on a stage, augmented aurally by music, applause and, most crucially, the sounds of sautés, jetés, battlements and arabesques. "A mic hidden behind the drapes on the stage recorded the sounds of dancers' feet hitting the floor," says Thomas.

The story shifts to young ballet artists performing on a big stage in front of a large audience during the Youth America Grand Prix competition in New York City. "Eight of the youngsters we were following were competing in the event," Thomas explains. "We spent two weeks shooting, which mainly consisted of 12-hour work days. Bess wanted to capture everything. I hired three people who recorded sound with cameras that were recording images in cinema vérité style.

"I watched faces, and made quick decisions about which mics I wanted sound from," Thomas continues. "If the spontaneous dialogue was interesting, I sent it to the audio recorder and cinematographer, who was wearing headphones.

"Seven cameras covered the final competition," Thomas explains. "Four of them also recorded sound. The lead camera on the stage was set up with audio feeds from the public address system in the theater and a boom mic hidden on the stage. That mic was my answer to Bess' question about how we were going to record the sound of dancing feet hitting the floor.

"I was making spontaneous decisions about which microphones should be used to record sound at the right times. It was complicated, because we didn't know who the cinematographer would be covering."

Dirty Wars takes audiences on a profoundly different journey from ballet competitions. Director/cinematographer Rick Rowley and journalist Jeremy Scahill traveled to Afghanistan, Yemen, Somalia and beyond to investigate the covert wars the US government has been waging with terrorists.

"It was a huge and cumbersome experience in terms of production, but Jeremy and I were on a  journey of  discovery," Rowley says. "Covert operations have expanded to more than 75 countries. It is creating new enemies wherever it spreads."

Rowley and Scahill were embedded with Marine units in Afghanistan. "When you are embedded, you are completely sheltered and protected," Rowley says. "You are picked up by armored convoys and are fed and housed. Public affairs officers are there to answer questions.

"We took on a whole set of  risks when we went to other countries on our own," Rowley explains. "It was definitely necessary for us to be a two-person crew. I was the director, cameraman and soundman. I had a wireless receiver and a shotgun microphone. We grew beards, dressed in local clothing and drove a beat-up Toyota."

Rowley and Scahill travelled to locations that they felt they could return from before sunset, when the Taliban took control of the roads. There were times when they ended up camping by the side of the road waiting for dawn.

Scahill interviewed civilians and police, with the aid of interpreters, and Rowley recorded sound with a mic on the camera. All told, Rowley filled a 12-terabyte drive with hundreds of  hours of images and sound, and in post-production he worked in Scahill's narration and the score by David Harrington of the San Francisco-based Kronos Quartet.

"The narration was written, rewritten and tweaked over a long period of time," Rowley says. "It's a very personal picture which took a lot of fine-tuning. We thought we were going to be self-distributing Dirty Wars in the basements of churches and union halls. After we won an award [Best Cinematography] and Grand Jury nomination at Sundance, IFC and AMC distributed Dirty Wars to more than 100 theaters. It is now available internationally on Netflix and iTunes. I am amazed and heartened."

The Waiting Room takes audiences behind the scenes at Highland Hospital in Oakland, California, where an average of  291 patients of all ages seek treatment for chronic diseases, new illnesses and injuries every 24 hours.

Director/ cinematographer Peter Nicks co-produced The Waiting Room with Lawrence Lerew, who recorded sound and edited the documentary. "We developed relationships with doctors, nurses and the administrative staff before beginning production in 2010, so they were comfortable with us," Nicks says.

Using a lav microphone on his camera, Nicks recorded background sound and people talking in the crowded waiting room. "Once they agreed [to be on camera], we drifted into the background, so they felt comfortable," Nicks explains. "Some people agreed to let us follow them when they were called to explain their problems to nurses and doctors. I used shallow depth-of -field to record intimate images while we recorded their conversations."

Sound recording is an understated, yet vital component of documentary production, one borne out by the challenges faced in the making of the four markedly different documentaries  discussed here. The filmmakers augmented images with an aural texture that helps place audiences where these stories are unfolding.  It didn't happen by accident.

Bob Fisher has written more than 2,500 articles about narrative and documentary filmmakers over the past 50 years.

END_OF_DOCUMENT_TOKEN_TO_BE_REPLACED

Doc U: Creating Sound and Music for Docs - Part 1

Taking the Aural High Ground: Successful Sound and Mixing for Your Film