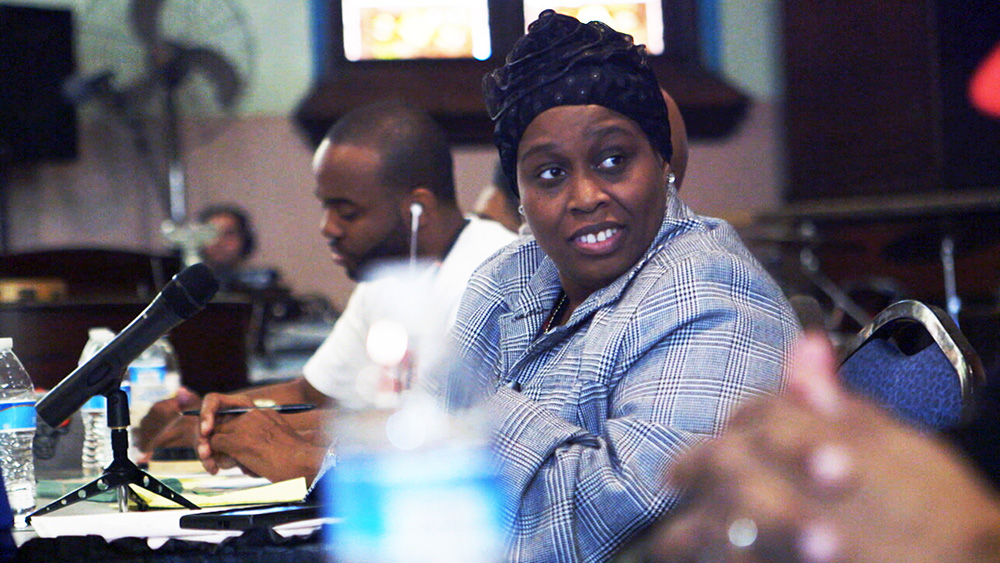 For the past several years, America has witnessed almost daily incidents of unarmed black men and women being killed by the police—and these incidents have been documented by both citizens and the police themselves. The situation has fueled anger, fear and anxiety in the black community, and beyond it; organizations like Black Lives Matter, in addition to the mothers and families of slain victims and other advocacy groups, are taking action and fighting back.

WNET, with the support of the Corporation for Public Broadcasting, takes on this issue with The Talk: Race in America, a two-hour documentary that airs February 20 on PBS. The film, by executive producer/producer Julie Anderson and director/supervising producer Sam Pollard, tells the story about the conversation that African American parents have with their children—The Talk—about what they need to do when confronted by the police. According to Anderson, "A lot of non-African American families wouldn't even know that black families have to counsel their kids about how to behave if you get stopped by the police. Normally, when a black kid gets stopped, the assumption is he or she did something wrong. So we felt like this was a way to approach the issue of all of these shootings by looking at the families and this idea that a family of color has to deal with something that a white family would never even think about."

Anderson and Pollard came up with a list of filmmakers they wanted to work with. According to Anderson, "We all agreed that we're all very much vérité filmmakers, so we knew that we didn't want to narrate; we knew that we wanted to be storytellers; we knew that we needed to follow people under a certain circumstance. Sam was in control of the creative. We didn't give specific rules because we selected people whose work we admired and we didn't want every piece to look the same, but we wanted them to be guided by the same principle." Anderson and Pollard hired five producing teams to tell different stories impacting black men of color, black women of color, the police and the community. 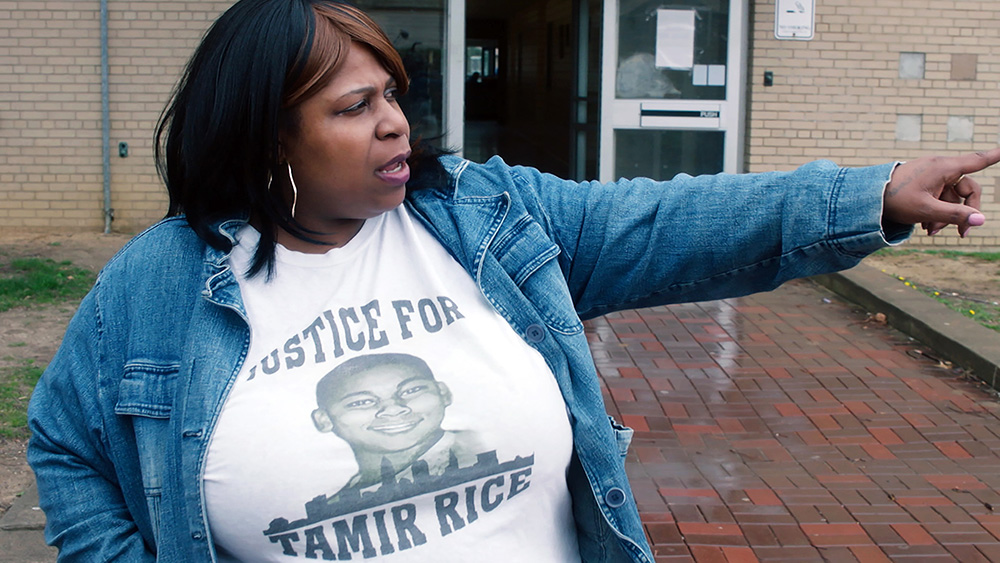 Shola Lynch (Free Angela and All Political Prisoners) tells the story of Pastor Catherine Brown, who pulled into the driveway of her suburban Chicago home one night with two of her young children in the car, and suddenly found herself in a violent struggle with the police. Luckily she remembered the three things the police advised: (1) get to safety, (2) dial 911 and (3) get witnesses. Brown was charged with reckless conduct for driving in reverse in order to get in front of her house, where more people would see her and where a surveillance camera would record the incident.

Llew Smith, a senior producer for the PBS American Experience series Reconstruction, spent time with the South Carolina Police Academy in Columbia. There is no question that the job of the police is difficult and dangerous; the officers must be prepared to act at all times and make split-second decisions. Smith's piece explores persistent questions the black community has as to the reasons officers need to shoot to kill unarmed individuals, and what the police is forced to think about.

Two relative newcomers to the nonfiction arena are One9 and Erik Parker. The two collaborated on the 2014 documentary Nas: Time Is Illmatic, about hip-hop recording artist Nas. Director One9 and producer/writer Erik Parker worked on the film for 10 years; it received its world premiere as the opening night film at the 2014 Tribeca Film Festival. The filmmakers collaborated again on two of the most visually powerful stories for The Talk: One, on Tamir Rice, a 12-year-old African American boy killed by police while playing with a toy gun in a park in Cleveland; and the second, on Oscar Ramirez, Jr., a 28-year-old unarmed Latino man killed by a deputy on the railroad tracks in Paramount, California after apparently trying to break up a fight. "We wanted to expand the thesis for The Talk," Parker explains. "What happens to a family and a community when these interactions go afoul and people feel as if justice isn't served? We wanted to put a magnifying glass on the communities that are most affected by this. This does have consequences that are bigger than the individuals who are involved. It affects the families, the communities, and further affects the country and the relationship between black and brown people and police officers, which has long effects through generations." 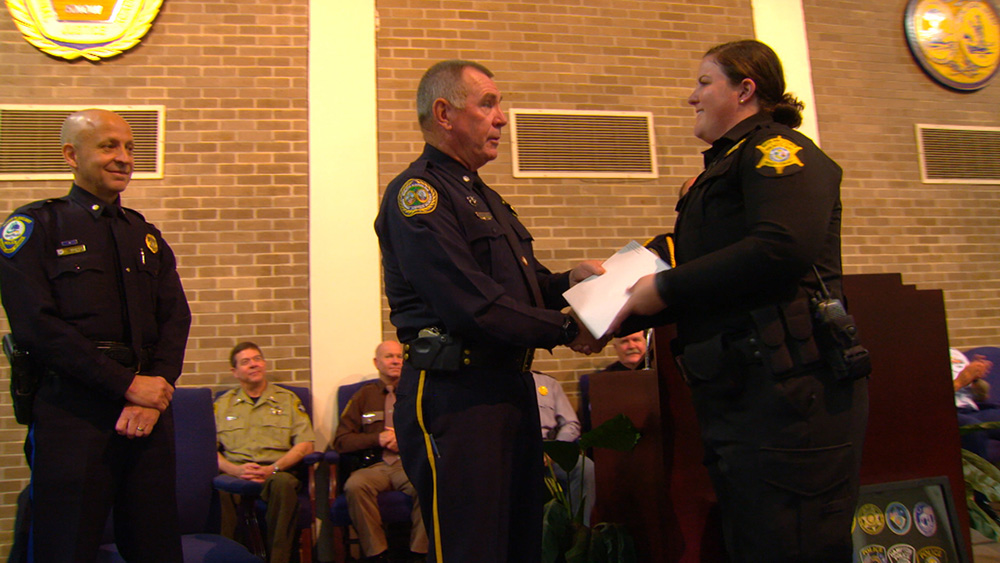 "The hardest part doing the Ramirez and Rice pieces was dealing with the families that suffered loss," One9 adds. "Seeing first-hand the mothers' tears …was extremely difficult. You're doing two things: You're showing remorse, and as a filmmaker, you're trying to capture a moment. There were times when you really wanted to put the camera down and give the person a hug. They are still in shock and they still hurt to discuss these issues and a way to move forward. They just want their sons back." Samaria Rice has been an outspoken advocate for change during the two years since her son was killed. In the film, Rice states, "If he was a white boy, he would still be alive." One9 continues, "Samaria has done a lot more interviews, and is on a mission to find justice."

"When you look at Samaria Rice, you see a mother that lost a child," Parker adds. "It's something bigger than just a race issue. You have a dual responsibility of filming somebody and probing into somebody's pain. So you have to balance the two; you have to put yourself inside a space where it's going to serve a different purpose than just the pain inside the room. People will understand how it affects them and see themselves in the eyes of this mother or this community."

Geeta Gandbhir's piece in The Talk on community shows another take on a son's future. Police killed Mohammed Kamal's unarmed son Abdul-Wakil Kamal in 2013. In the film, Kamal regrets assuring his son that he will live his life on an equal playing field, and that he shouldn't fear anyone. Gandbhir observes, "To hear any father say the fact that he blamed himself for his son's death by not saying to him, 'You have to behave in certain situations. Even if you are being mistreated, you have to be silent, you have to take it, you have to succumb to the status quo to save your life.'… And he said, 'If I had told him that, he might be alive today, but I didn't and now he's dead. I told him he was equal and now he's dead.' And I think that will stay with me forever." 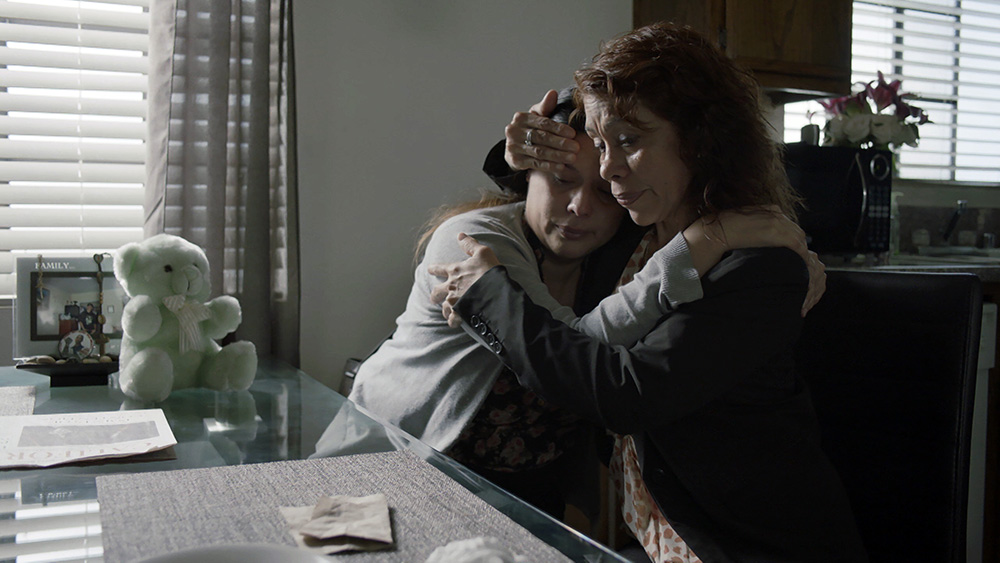 Gandbhir also profiles The Ethics Project, a social justice organization that facilitates conversations about police misconduct. "The question is, how do we reach out across public lines?" she reflects. "How do we reach others? I felt that in the piece I worked on, The Ethics Project really was about doing that, or about trying to not just be about the work that needs to be done in our community, but also the idea of extending out. The work they're doing was really trying to galvanize the white community and to make them understand that this is their fight too."

Anderson hopes viewers take away a shared experience after watching the film. "We have a trifold engagement campaign," she explains. "One is giving grants to our local stations for grassroots events in their communities. I also want to do father-to-father and mother-to-mother meetings across the county. Then we'll do a big social media campaign to get people to engage prior to the broadcast; with the interviews that we did, we're going to create short snippets that will go out on social media. Then I'm working with The New York Times Op-Docs on doing a short film about some essence of The Talk. We also have a series called Films By Kids, and we're making a film about a young kid who has just gotten out of Rikers; he's going to be mentored by two documentary filmmakers, and he's going to make a film about his experience."

Pollard hopes audiences will understand the importance of The Talk, regardless of whether families need to have The Talk or not. "This legacy of slavery, this legacy of racism—which this country was founded on— is still a major issue in how people are dealt with across the country every day," he observes. "America is a complicated place, and we should be able to open up and listen to each other and talk to each other and not accept at face value that just because someone was shot doesn't mean they were bad people or the police is always in the right."