SnagFilms describes itself with the following four verbs: "Find. Watch. Snag. Support." Now that the company has been around for a year and a half, I wanted to explore the "Support" part of its identity. No one has quite figured out the monetization aspect of online distribution just yet, as witnessed by Morgan Spurlock's now infamous comment on a 2009 South by Southwest Conference and Festival (SXSW) panel on digital distribution: "Filmmakers need a reality check; you can pay your phone bill, not your rent, with these [revenues]."

One thing we do know for sure, however, is that online tools now allow filmmakers to connect with audiences in more direct ways then previously possible. For many who are making documentaries focused on social issues, this outreach component is just as much a priority as getting their films into theaters. And while SnagFilms ultimately hopes to line filmmakers' (and their own) pockets with dollars, the company is actively working with documentarians to connect with communities and further the issues addressed in their films. SnagFilms calls it "filmanthropy"--the idea that there is something larger at stake than just watching a movie.

At the most basic level, SnagFilms provides a link for each project to a charity related to the topic of the film. For example, Mat Hames and George Sledge's Fighting Goliath: Texas Coal Wars includes a link to a campaign for "Using Solar Energy for Cooking Fuel in Kenya" on GlobalGiving.com. The film follows the story of farmers, ranchers and mayors fighting against the construction of 18 new coal-burning power plants in Texas, so it makes sense to link it to a campaign aimed at helping rural Kenyans use solar energy as an alternative fuel.

Director/producer Lisa Russell worked with SnagFilms to spread the reach of her film We Will Not Die Like Dogs. The film, which had a moderate PBS Broadcast as part of the National Black Programming Consortium's AfroPop series, profiles four inspirational African AIDS activists from Burkina Faso, Nigeria, Uganda and Zambia, including a musician, a peer educator, a doctor and a social worker.

The film launched on SnagFilms on Worlds AIDS Day on December 1, 2008. In her blog post on the day of the premiere, she wrote, "We are harnessing the power of technology and the art of storytelling to engage new audiences in a conversation about the impact of HIV/AIDS on the African continent...completely online."

To coincide with the launch, Representative Jim McDermott (D-WA), a major global AIDS advocate in Congress, wrote an article that was posted on HuffingtonPost.com in which he encouraged readers to watch the film online. Russell also worked with Americans for Informed Democracy, a college activist group, on encouraging their national membership to watch the film and then tune in to a live webcast involving a panel of AIDS experts that evening. Currently, Russell is in discussions with SnagFilms about maximizing two big AIDS events coming up for further screenings-World AIDS Day 2009 and the International AIDS Conference, which draws approximately 25,000 people from around the world.

In a conversation with SnagFilms CEO Rick Allen, I asked him for his advice on how to "snag successfully"--to best take advantage of the company's resources. His first piece of advice: Be entrepreneurial on your own behalf. If you have goals beyond view counts, don't just give them your film and walk away. "Think as broadly as you possibly can about all of the categories of audiences that would feel passionately about your film," says Allen. "Not just those who would enjoy it, but those who would like it enough to want to spread it. Then work with us in trying to reach all of those spots."

He also recommends putting thought into how to best collaborate with SnagFilms and other organizations, such as the way Russell worked with Americans for an Informed Democracy. Says Allen, "What we've set up is something that's intended to be a network, and that means massive sub-distribution, it means easy sharing tools and it means a predisposition to want to try to involve others to bring out an issue and support a film. The more a filmmaker can think about how to use those tools and how to work with us and our contacts in spreading the word, the better."

Finally, Allen suggests thinking about what kind of action you'd like an engaged audience to think about doing after viewing your film. Do you want them to donate their time? Their money? Add their name to a petition? Is there a social action campaign, such as a letter-writing initiative, that you want them to get involved with? Do you want them to "donate their pixels" and share the film via posting the widget up on their social network pages or their blogs? If you're clear on your goals from the beginning, it's much easier to design an integrated campaign that takes advantage of the power of the Web.

The Least of These, Clark Lyda and Jesse Lyda's film about the T. Don Hutto Residential Center in central Texas, utilized a multi-pronged attack to encourage policy changes. The family detention facility houses immigrant children and their parents from all over the world who are awaiting asylum hearings or deportation proceedings. The documentary explores the government rationale for family detention, conditions at the facility, collateral damage and the role--and limits--of community activism in bringing change.

The film simultaneously premiered on SnagFilms and at the South by Southwest Film Festival in late February 2009. Using its connections, SnagFilms arranged for a Washington, DC-based screening of the film for the political community at the Center for American Progress in May 2009. The ACLU, which had filed a suit, distributed the film to its mailing list. Efforts were made to stir up talk about the issue of family detention policies on sites such as The Washington Post, Politico, AOL News and Huffington Post by spreading the documentary using the SnagFilms video widget.

On August 6, the Obama Administration announced plans to overhaul the way the United States detains immigration violators. This included immediate plans to stop sending families to the T. Don Hutto Residential Center. Just as you can't prove that Super Size Me was the reason McDonald's decided to stop asking every customer if they wanted more fries with their order, it's impossible to prove that The Least of These was directly responsible for the decision to stop sending families to Hutto. However, having the film out there in a form that could be so easily spread definitely helped raise awareness of the issue. According to Allen, The Least of These was viewed hundreds of thousands of times, and was a key part of the strategy in creating a groundswell of support for policy change.

Going forward, SnagFilms has plans to implement a new tool set for nonprofit organizations that will allow them to more easily "adopt" a film and spread it to their members while still maintaining ownership of the message. With the new tools, organizations will be able to brand the widget with their name. They will also be able to include their logo or tagline as an introductory slide, which will link back to their site.

Says Allen, "If you're a nonprofit, and you want to be communicating with your members and with the folks who are active on your issue, you want them to know that it's coming from you and you want them to be able to come back to you after the viewing exercise....[Organizations that] are captivated by a film because it explains and makes people passionate about the topic will be able to further their mission." 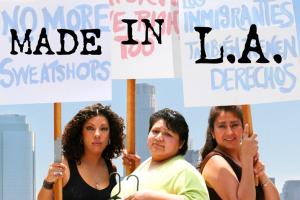 Mar. 13, 2009Feature
'Made in L.A.,' Funded from All Over
Read More
May. 20, 2003Feature
'Discovery Docs' to Receive Theatrical and Cable Distribution Through New Joint Venture
Read More 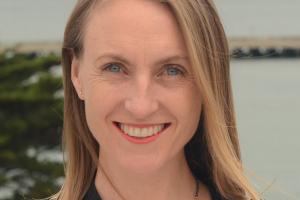 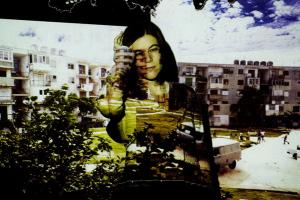 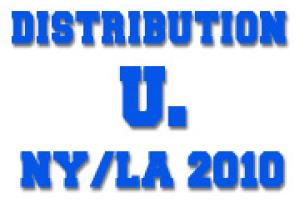 Online Feature
Distribution U: A Crash Course in Building a Support Base for Your Film
Read More 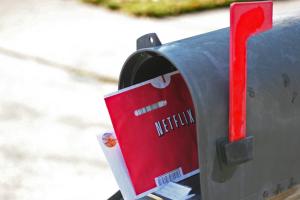