Whose Film Is It, Anyway? The Trusted Exchange between Filmmaker and Subject 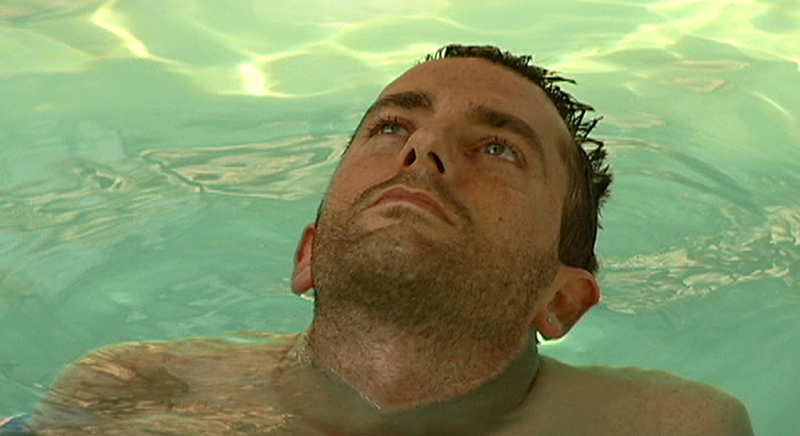 By Steven Ascher and Jeanne Jordan

We're starting a new documentary project, which means we're having that key early conversation with the people we hope to film. You're asking permission, or inviting them to go on a journey. You don't know yet where you're going or really what you're asking for. Even so, you can guess that their idea of what it means to be filmed is probably way off. The practical, tactical and ethical issues in play can be complex.

Our feature documentaries have often involved longitudinal stories filmed over years, during which time we get very close to our subjects and are present at some very intimate moments. Intimacy is one of the defining qualities we're looking for, to bring the audience deep into someone's experience. The first film we made together was Troublesome Creek, about the year Jeannie's parents, Russ and Mary Jane Jordan, were in danger of losing their Iowa farm. So Much So Fast is about Stephen Heywood, diagnosed with ALS at 29, and his brother Jamie's attempt to find a treatment. Raising Renee is about artist Beverly McIver's promise to take her sister Renee, who is mentally disabled, when their mother died.

The people in your film—what to call them? Most terms suggest a power imbalance. "Subject" sounds feudal (a lord/subject relationship) or clinical (a data point in a lab study), while "character" seems better for a fictional protagonist or someone who's quirky. In any case, even if you approach these people with the best intentions (and are not trying to con them, per journalist Janet Malcolm's position), can you ever be sure they get it, and that you're being responsible both to them and to the artwork you're trying to make?

You may ask to talk to them on camera, which could suggest to them that they'll control what they say and how they say it (because they probably don't know anything about editing).

Or you may not be planning any interviews, so they'll be even less sure what they're signing on to. When we started Troublesome Creek, Russ and Mary Jane Jordan couldn't imagine that anyone would be interested in them, so the presence of their filmmaking daughter and son-in-law wasn't much of an intrusion. If you film long enough—at breakfast, dinner or quietly in off moments—people lose self-consciousness because it's simply too much work to pretend. At first they may try to present their "best selves," but after a while they just do what comes naturally. As it turned out, one of Mary Jane's most revealing moments wasn't anything she said, but her look of deep vulnerability when her prized Ethan Allen table was auctioned off for peanuts. Could any consent at the start of the project have included allowing us to capture that and show it to millions of people?

When we sat down with the Heywood brothers to talk about making So Much So Fast, they were media savvy and had been profiled on 60 Minutes, but we were asking for something very different—essentially to become their close friends and be allowed to film pretty much anything. We only felt we could ask this because Mary Jane had died of the same impossible disease with which Stephen Heywood had just been diagnosed; in a way we had earned the right to try to tell this story. Even so, Jeannie told the Heywoods that she absolutely would have said no if someone had asked to film when Mary Jane got sick (which Steve thought was perhaps not the world's best sales pitch). At first they did say no, but after watching Troublesome Creek, they understood the risks and rewards of what we wanted to do. 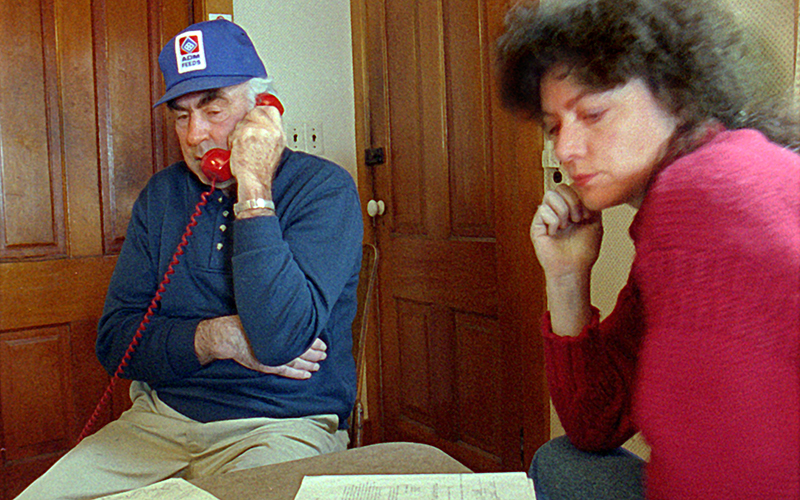 While you're shooting, there's a fascinating contradiction in the presence of the camera. In some sense it represents the eyes of the world intruding. But there's a person holding the camera, and the act of filming can feel somehow "just between us." In So Much So Fast, Stephen's family was working 24/7 to help him stay productive and comfortable, and to find a cure. There wasn't much time for reflection. Steve and Stephen Heywood had conversations together on camera that sometimes seemed to cross into therapy, giving Stephen the chance to talk very openly about his life and the possibility that things might turn out badly. His family tells us that the movie is invaluable to them and to his son in order to remember the remarkable man he was. It's also a reminder that a film can be a collaboration between filmmaker and subject, not simply a one-way street involving one taking from the other.

We often wait months before having anyone sign a release. Early on, it can seem rude or alarming to haul out an intense legal document. It also formalizes the fact that what we're doing is for public consumption. We're not trying to trick people into forgetting, but we always want to minimize self-consciousness about the camera. Of course, the release is a reminder too that the product of filming is completely under the filmmaker's control.

Though these films are documentaries, "documenting" is a poor word for the process of making them, as though the 90-minute film in the theater came from simply recording numerous characters over what might be several years. The films are narratives—stories—with all the subjectivity, selective focus, form and structure that the word implies. Sometimes we've referred to them as "nonfiction novels"—the term Truman Capote coined for In Cold Blood—because we want the audience to relate to the people in them as you might to the characters in a novel: immersed in the specificity of their lives, but also alert to the metaphors and universals their story represents. But for a documentary, the idea of nonfiction novel could suggest a betrayal, that truth or facts might be subsumed for dramatic effect—as though the storytelling comes before the veracity.

The idea of structuring a narrative of course raises the question, "Whose story is it, anyway?" Does it belong to your subjects? You're telling their story? Or is it the storyteller's story about the subjects? Is the Odyssey Odysseus' story or Homer's? The project we're doing now combines various people's experiences of violence and trauma with dance performances and other forms of expression. The juxtaposition of elements blurs the lines between any subject's story and the larger one we're trying to tell. In some sense, "ownership" is beside the point.

We're drawn to stories to which we have a personal connection. You can bring an insider's perspective, and it helps justify why you, among other filmmakers, should make this movie. But often you're going outside your world, which can raise difficult ethical and aesthetic questions. 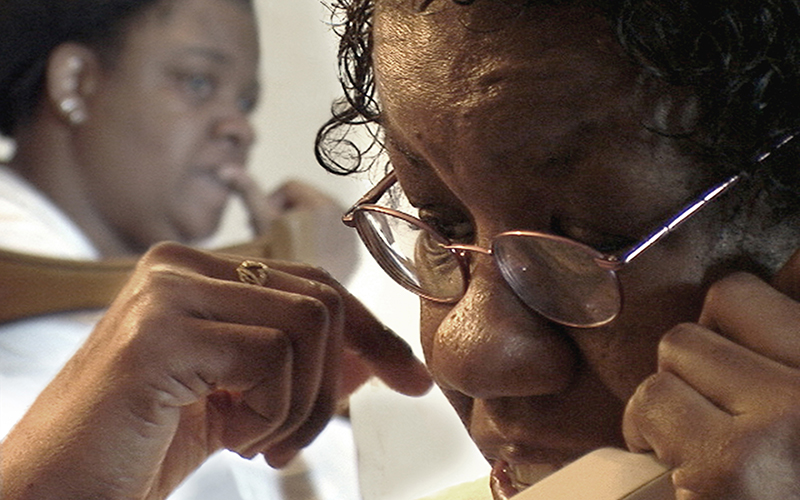 Raising Renee is about an African-American family. We are white. How different would the film be if we and our subjects were the same race? Should filmmakers avoid stories that cross racial lines? Jeannie worked on Eyes on the Prize, in which interracial filmmaking teams told the civil rights history of the '60s. Some questioned the legitimacy of having whites involved, but executive producer Henry Hampton, who was black, wanted it that way. Today, when questions of privilege and access to and control of media infuse cultural debate, these issues are even thornier than in the past.

We are very cognizant of the positive and negative effects a film can have on its subjects when it's released, and we feel a responsibility to be careful stewards of their screen personae. That does not mean we only show them in a positive light. But we try to frame their portrayal in a way that gives views of different sides of their character and actions. At times, we've protected them from themselves—such as cutting something damaging because it wasn't relevant. We've also left in moments that might not show us in the best light—figuring we should be subjected to the same chance of misinterpretation as everyone else.

Part of our deal with our subjects is that we show them the film just before it's locked. We know journalists who consider that an ethical breach, but for these particular films we consider it a breach not to let them see it before the public does. And yet, what we're offering is as delicate and trust-based as the entire filming process. We don't give them editorial control or vetting power. But we do take their reactions seriously and correct any factual errors.

When we screened Troublesome Creek for the Jordan family, we were incredibly nervous. They're smart people with sharp opinions—it would be no secret if they were unhappy. When the lights came up, one of Jeannie's sisters said she loved it, but was kind of speechless, since she felt the film was so much bigger than their family. She thought it was true to her experience, but in the movie she could see a larger universe—the nonfiction novel, really—she was living in. What an amazing confirmation of what we were trying to do.

Steven Ascher and Jeanne Jordan are Oscar-nominated filmmakers whose work has received the Sundance Grand Jury Prize, Emmy Awards and the IDA Distinguished Achievement Award. Steve is author of The Filmmaker's Handbook, a best-selling text. Their website is westcityfilms.com.

END_OF_DOCUMENT_TOKEN_TO_BE_REPLACED

How Close Is Too Close? A Consideration of the Filmmaker-Subject Relationship

Money Changes Everything--or Does It?: Considering Whether Documentaries Should Pay for Play