Documentarians face quandaries at every phase of the process. Is it ethical to film this subject? What footage do I include? Do I have a "right" to tell this story? What is most important—a literal truth, a higher truth or both?

Let's talk about your general approach to ethics. Where do you begin the conversation?

Steve James: For me, it's about how filmmakers conduct themselves with the telling of a story and their relationship to the subject, both the subject at large and the subjects, meaning people. When I think about documentary ethics, it's more about, "How do you go about making the film in a way that's honest and truthful, and come out the other end feeling like a human being as a filmmaker?"

Juliana Brannum: It all begins with cultural sensitivity to subjects. I work with a lot of Native American communities. It's not a community that's well documented, and there are certain protocols and sensitivities that filmmakers need to be aware of and respectful of. That culture—that's their ethic.

Jesse Moss: I think what's so interesting and challenging about documentary filmmaking is that we don't work for a news organization that has an established code of ethics, or a professional responsibility stylebook with formal policies dictating what you should and shouldn't do. So it's up to the individual filmmaker to find his or her way through that thicket of challenges. What I appreciate about a more concerted effort to putting this topic up for discussion is that it helps the community of filmmakers to talk about these questions with each other. We're served as a community by being honest and straightforward in these challenges.

How do you arrive at the "truth" of the film's story?

JM: A film is my objective interpretation, juxtaposition and construction of the story I filmed. When I showed Pastor Jay [the protagonist in The Overnighters] the cut of The Overnighters, we talked about it. We talked about his participation in the film's public life. We discussed that there was Jay's experience of the events, my experience of the events, the narrative of the film and the series of events it represents. Those are three perspectives. The film is part of a conversation with people, and that conversation can take many forms.

Do I manipulate in order to achieve an ecstatic truth? In some ways the film is always that. There is the objective truth and the events that happened. The film itself is not a record of all events, but a distillation of those events based on my voice.

When we're talking about ethics in documentary, we're really talking about what the filmmaker is showing. Consider when we ask subjects to sign a release form. If you look at the language in a release form, subjects waive their right to privacy. And if you think about it, we're told to ask our subjects to sign a release form before we begin to work with them, before those lines have even been defined. It's interesting to think about that. Those ethical decisions are not just built into the relationships with our subjects, but the issues raised by a standard release form. We may have the legal right, but it may not give us the moral right. That's what it comes down to. You feel like you have an obligation to your story, the truth, the art, your conscience—and yet it's intimate, painful, difficult and personal. You have the legal right, but do you have the ethical right?

SJ: The most dangerous thing to do when you watch a documentary—and perhaps the easiest thing to do—is to sit in judgment of people on a screen. You're watching someone's life unfold, and we all tend to want to make judgments. It's human nature to say, "Do I think this person is doing the right thing or the wrong thing?" And when it's a documentary, and particularly when it's people in conflict or distress, or at turning points in their lives, then the stakes of making judgments are even higher. When you shoot hundreds of hours of material, you also have to make a different kind of judgment about how much of one aspect of a person you have captured, of a truth you have observed—which is your truth—how much of that do you show and how many things about that person that are maybe in conflict with that or are contradictions? Because people are complicated.

When you're in the moment, from shooting to cutting, how do you make decisions? What factors do you consider?

SJ: You have to always make judgments as a filmmaker of whether you are crossing the line. Audiences will arrive at their own conclusions if it's emotionally manipulative, or soft-peddling a subject.

But you as a filmmaker have to make the same judgment in the creation of the film as to whether you have stepped over the line; are you still showing the person as you saw them, or are you manipulating the events or selection of scenes to create a portrait that is fascinating but maybe not as honest?

It's putting the film together in a way that gets at the complexity of the person observed. The act of making the film makes your subjects real people instead of symbols.

When I'm editing, I can sit back and put myself in a more objective place to watch what is unfolding. But no one is completely able to do that, so it's helpful to have colleagues look at it and talk out reactions to the people in the film.

JB: While I was making my first documentary, an environmental film about lead toxicity and its detrimental effects, we were not finding examples in the community that we were hoping to. Someone pointed us to a family that had been there for many generations that had clearly suffered a lot of mental and physical disabilities. And as soon as we arrived to meet them and saw their living condition and situation—and that they were excited to be in the film—we decided that was something we would not do. It was so exploitative. It would have been very hard-hitting. But as a team of three, we decided not to film them.

JM: There can be in the journey of a film a period in which the interests of your subject and you as a filmmaker align neatly, and there can be times when your interests diverge. And what you think your responsibilities are as a filmmaker to pursue this story may meet resistance. How do you negotiate or navigate those points of contention?

At the end of the day, it's going to be you making that decision on your own because of what you think is right. It's important to seek counsel, and I do.

But I think it becomes a lonely decision because on one hand, the ethical lines are defined by what the community decides they are—they're a product of community consensus—and yet these decisions have to be made by us individually. They have to be things we can live with personally.

How do you approach communities and subjects as an "outsider?"

JB: I think it's always wise going into a project or community to be thinking ahead to what those ethical issues might be, and to find a guide who can give you advice or answer questions. Everyone has questions along the way. If we hire an editor to cut the film, why not hire an adviser for approaching the subject matter?

SJ: You would never tell a journalist to only cover stories about the place where you live, the class in which you live or the race, even. And so, documentary is connected to journalism; it's part of the DNA that you go out into the world and understand something beyond your own experience.

I think filmmakers of one race or class should not be discouraged from telling stories outside their race and class. There needs to be a serious, concerted effort to fund minority filmmakers, period— regardless of the story they want to tell. What can be done to foster and encourage new voices to succeed?

I see films from time to time in which I feel the filmmakesr went in with a preconceived notion, and that's what they made. They ignore the reality. I think that's wrong. And it's easier to make that mistake if you're not familiar with the world you're going into.

JM: I tend to feel like all the ethical decisions that are embedded in the process of making a film are written out on the screen in the relationship between the filmmaker, camera and subject. Audiences deserve credit for reading those choices and seeing embedded in the film the DNA of its ethics. So as much as I value the reports and the discussions and the guidelines, the audience is going to look at a film and they're going to be able to reasonably valuate its ethical position. I just think it's written into the film.

Suz Curtis will graduate from UCLA's School of Theater, Film & Television in June 2015 with an MFA in Screenwriting. She's worked with Ladylike Films on the documentaries Somewhere Between, Code Black and PBS' Makers. She lives in Los Angeles. 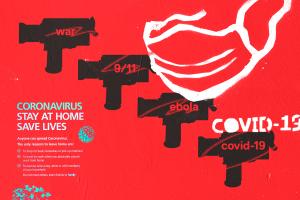 Apr. 27, 2020Online Feature
The Ethics of Documentary Production in a Pandemic
Read More 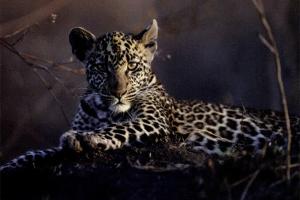 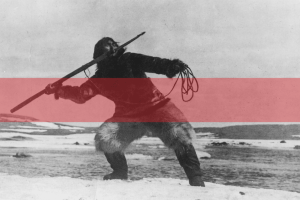 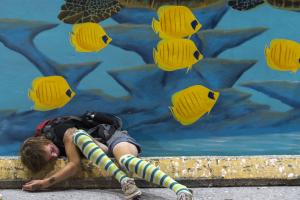 Jan. 26, 2018Column
Doc Star of the Month: Traveling Philosopher Dylan Olsen, Nanfu Wang's 'I Am Another You'
Read More 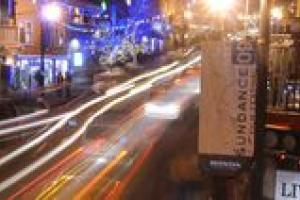