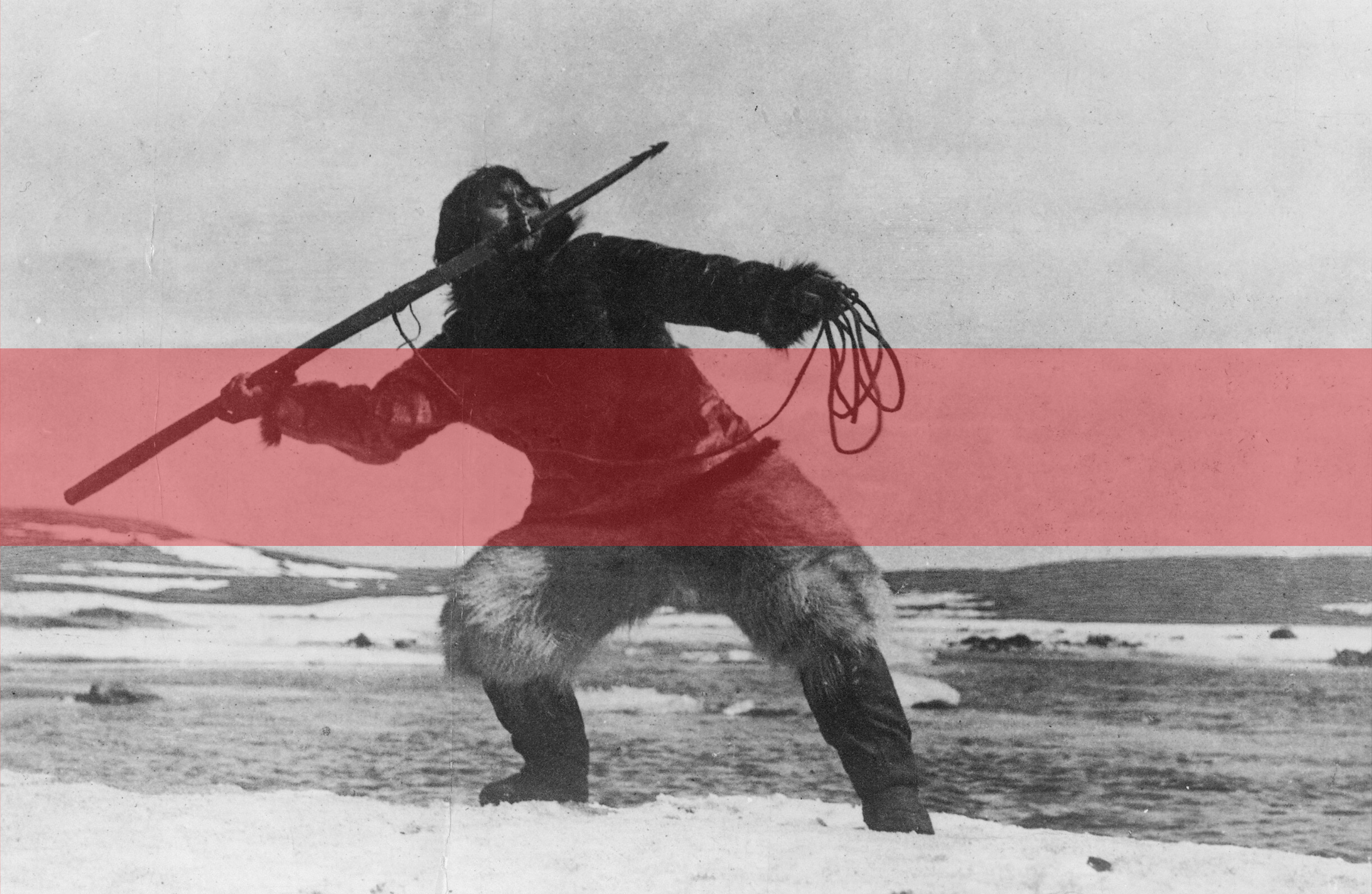 By May 2000, the fear of an impending apocalypse dimmed. The Y2K glitch, the much-hyped computer error that supposedly stemmed from the inability of computers around the world to distinguish the difference between 1900 and 2000 due to being coded to only read the last two digits of a year, was meant to usher in a Mad Max-level reset. The new millennium would usher in wiped-out bank accounts, airplanes freefalling from the skies, and self-terminating power grids once the clock struck midnight on New Year’s Eve 2000. At my conservative Christian school in John McCain’s Phoenix, Arizona, I remember a handful of fellow eighth graders pleading with the Almighty during class prayer to spare us the potential tribulations that could lead to the end of days. As the end of the school year rolled up in May, it became clearer to the fire-and-brimstone crowd that Armageddon’s can get kicked further down the road; plus, we had high school to look forward to now.

Life as they knew it may have not ended, but my world was about to go through a radical transformation that summer. The youth program at my family’s church held an annual retreat at the end of May at a campground in the Northern Arizona forest for a week of outdoor activities, worship, and sermons. While I enjoyed aspects of it previously, that year I felt particularly loath to attend. At both school and church, I always felt at the margins, being the only Native American in predominantly white spaces, coupled with what some might call “nerdy” fascinations with comics and Star Wars. I had learned to maneuver those aspects of my identity, but the chief reason for not wanting to be that year’s retreat was that I was beginning to develop what I can now identify as the early stages of cinephilia. My viewing appetite was voracious and saw no end in sight. Understandably, the campground at the retreat had no televisions or theaters nearby, but I remember my FOMO angst kicking in as I sat through an altar call.

All said I’m sure I radiated insufferably while there—a natural consequence of perpetually being an “other,” with raging hormones to boot. There were good people at that retreat, notably the staff who could probably sense the outliers and did their best to make them feel included and as they belonged. One of the chaperones, an Arizona State University freshman named Andy, took the time to get to know me a bit, and, to my surprise, he turned out to be a fellow cinephile. On the ride back from the camp, he told me about the films of Fincher and Kubrick, and his plans for shooting his own film in the coming year with some cameras that he was going to borrow on the weekends from a friend who worked at a local news station. I only saw Andy a few more times after that trip. Rumor had it that he transferred to a school out of state after that summer and became an atheist before losing touch with his church friends. I don’t know whatever happened to his film, or if it even got made, but the possibility it presented was like a door that unlocked: One could make their own films by whatever means necessary. It was a revelation that pushed me beyond my nascent cinematic fixations into something deeper. In the words of Paul the Apostle in his first letter to the Corinthians: “When I was a child, I spoke like a child, I thought like a child, I reasoned like a child. When I became a man, I gave up childish ways.”

As is typical with most film school education, you mainline titles from the established canon early on. It helps establish a sense of the shape and a broader foundation of an early history of the medium. My first year at USC’s film school was no different, and that knowledge base was built from a kaleidoscope of the Lumière brothers, Méliès, Chaplin, Keaton, Griffith—and Robert J. Flaherty’s Nanook of the North. The seminal 1922 silent documentary presented itself as a seemingly observational portrait of an Inuk man, Nanook, and his family and their way of life in the frozen north of Canada as they hunt and survive on the tundra. Upon initial viewing, I don’t recall being left with a particularly strong impression of the film, other than learning of its status as a cornerstone in the development of nonfiction filmmaking. It was something to cross off my list of things seen, and I didn’t feel a need to revisit it. It wasn’t until later, after finding my own community of Indigenous filmmakers, that I learned more about the history of what was under the hood of Flaherty’s film.

Save for some of the more egregious stereotypical imagery in westerns, my awareness of issues around Indigenous representation wasn’t very formed at that point in my life. Cringe-worthy references made to characters from Peter Pan, Pocahontas, The Lone Ranger, or The Searchers to contextualize who I was were mockingly made by those in the white spaces that I had to navigate in my youth, but it was always something that I could easily dodge and I, perhaps too generously, would like to believe that my tormentors were evolved enough to understand that what they are looking at were cartoons, both literally and figuratively. As heinous as those images were, their artifice was inherent because they were within overt works of fiction. As an Indigenous person, I knew what I was looking at.

What disturbed me so much later about Nanook of the North was less about questioning lines blurred between fact and fiction, and more about the deliberate lack of context in terms of its presentation and the inherent implications and consequences masked therein. Whether it’s how Flaherty renamed an Inuk man, whose actual name was Allakariallak, to “Nanook” so that the film would be more marketable to white audiences, or how the majority of the film is comprised of staged events, there are other writers whose work I would encourage anyone to seek out to learn more about the damage done by the film’s unethical practices. As the first commercially successful feature-length documentary, its historical placement is seminal and its influence undeniable, but the legacies of subhumanizing portrayals of Indigenous peoples as presented as objective truth and the foundation it laid for extractive practices that continue to this day in nonfiction film are forces that we are obligated to contend with.

The worst thing about Nanook of the North is how effective it was and continues to be. Despite being a work widely acknowledged to be actively built on lies sold as authenticity, the achievements and legacies of its enduring aesthetic make it impossible to ignore, despite the disgusting implications of its content. It's that very conflict that renders the film all the more reprehensible, together with the acknowledgment that Flaherty himself, in defense of his own work, stated, "... one often has to distort a thing in order to catch its true spirit."

In the journey of any Indigenous person engaging with film at a creative or professional level, you eventually come across and are forced to confront Nanook and its echoes. It becomes an immovable object that you have to navigate around or through, no matter your awareness of the film or lack thereof. Its stain touches everything. We’re not afforded the luxury of being able to bypass the legacy of Nanook because it shaped the medium we engage with. The crater is there and as Indigenous people, we can choose to circumvent it, build a way across, or go down and up through it; but by its very existence, we have to face the blast radius at some point. Because of filmmakers like Flaherty, we’ve seen the damage wrought by policies built on visual misrepresentation, salvage ethnography, and the lines of ownership that become purposefully blurred by others extracting our own images. For Indigenous artists, there’s an added weight to engaging with the moving image because we know the cost of carelessness.

In the midst of the centennial of Nanook of the North, there’s no Y2K bug to reset the legacy of what it did or wipe out what it’s still doing. It’s Flaherty’s world and we’re all living in it. Much like my memories of Andy, the chaperone from my retreat, and the possibilities that his film presented to me, Nanook of the North was another turning point in terms of how I, as an Indigenous person, saw and approached cinema on yet another deeper level. It presented a cautionary tale of the real consequences brought on real people when the medium is irresponsibly used. It showed what was and still is at stake. “When I was a child, I spoke like a child, I thought like a child, I reasoned like a child. When I became a man, I gave up childish ways.”

Adam Piron (Kiowa/Mohawk) is a filmmaker and curator based in Southern California. He is currently the Director of Sundance Institute’s Indigenous Program, a programmer for the Sundance Film Festival, and a Co-Founder of COUSIN.