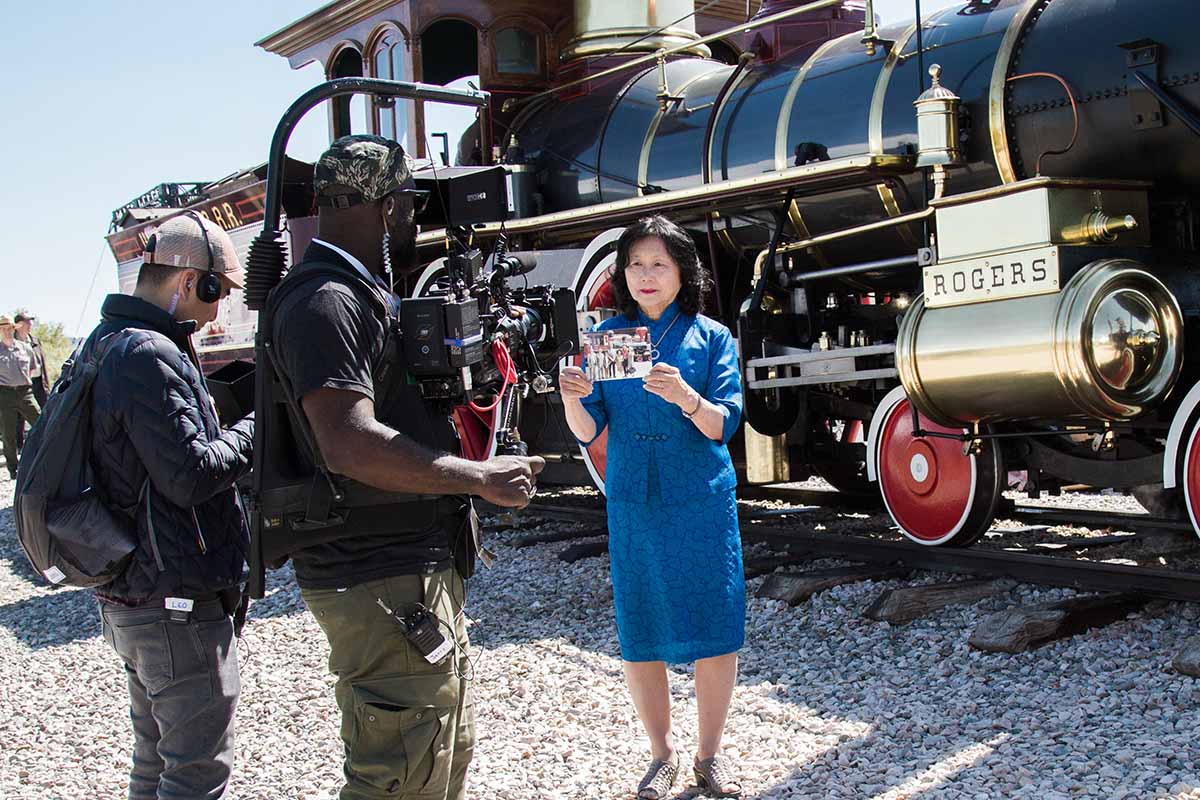 Not too long ago, filmmaker/editor Jean Tsien kicked off a meeting of Asian American documentary filmmakers by lighting sage and paying tribute to our ancestors. Alongside immigrants and family elders, we remembered the filmmakers and media activists who came before us. A-Doc (Asian American Documentary Network) is the newest incarnation of that lineage, wielding what filmmaker PJ Raval has named “our collective power” to blast through the gates and create the new.

Those ancestors extend as far back as 1916, when Marion Wong and Sessue Hayakawa countered the anti-Asian onslaught of the time with their own silent films. Systemic racism is kept alive by an ecosystem of laws, practices, tools of violence and control, and cultural images. But resistance has its own ecosystem of activism and creativity. During the 1980s, I was a new college graduate co-writing a proposal to launch the first national Asian American media organization, the Center for Asian American Media (formerly NAATA). We carried picket signs and cameras, and with Asian Americans largely shut out of commercial platforms, we focused on kicking open the doors at PBS.

A generation later, documentary filmmakers S. Leo Chiang and Grace Lee happened to sit next to each other at a dinner. They recognized a shared frustration and were restless for change. Progress at PBS was still too slow, and although the documentary was experiencing a “golden age,” many BIPOC filmmakers still felt shut out of the field. People were talking, theorizing, and agitating through parallel movements such as #DecolonizeDocs and #OscarsSoWhite. Chiang and Lee seized the moment, and A-Doc began to take shape.

During the summer and fall of 2016, a core group joined Chiang and Lee, including CAAM’s Don Young, Chi-hui Yang at the Ford Foundation, and myself. A-Doc’s coming-out party took place at IDA’s 2016 Getting Real conference. Under the new leadership of Executive Director Simon Kilmurry and Board President Marjan Safinia, IDA had committed to addressing its own lack of diversity, and this edition of the conference felt markedly different from previous versions.

Overlapping contingents, young and multiracial, were there in force from Firelight Media, the newly formed Brown Girls Doc Mafia and A-Doc. I remember watching from an overflow room as Grace Lee gave the opening keynote address—the first time I had ever seen an Asian American documentary filmmaker given that kind of stage. Lee captured the frisson of the moment. Paraphrasing legendary activist Grace Lee Boggs, whom she had profiled in her film American Revolutionary, she issued a call to arms: “What time is it on the clock of the documentary world?” That time is now.

This is the stuff of making movements: A chance encounter, spontaneous and collective reactions to inequality, combined with the long tail of activism over years. Like the founding proposal for CAAM some 35 years before A-Doc, I found myself inscribing the early tenets of this new generation of Asian American image-makers in an A-Doc manifesto. It was not that different from the principles of previous generations—anti-racism, equality, advocacy, self-definition on and off screen.

A-Doc quickly built upon the tenets of the Asian American cultural movements born in the 1960s and ‘70s, and its alliance with community, artists and scholars. With additional start-up funds from Kathy Im at the MacArthur Foundation, plus the volunteer labor of a core group, A-Doc took off. We created film and crew databases on the public-facing website, a-doc.org. Members converged upon film festivals and at convenings of civil rights, activist, and Asian American studies to connect and form collaborations. We organized all-day salons at conferences bringing folks together to eat, drink and talk narrative change.

This trajectory has led to a major new Impact Initiative to link A-Doc to justice movements and organizations. Working with leaders like Sonya Childress and Karin Chien, A-Doc mapped out a plan for super-charging Asian American documentary narrative change through partnerships, education and action.

A-Doc is a resolutely new millennium network, cognizant of the membership’s regional and ethnic diversity, the varied platforms and aesthetic strategies of our times. Locally, we convene through in-person meet-ups across the country, and during the pandemic, we launched a series of member-produced online micro-docs in partnership with WORLD Channel and CAAM, #AsianAmCovidStories and #AsianAmResilience, that embraced varied stylistic approaches.

And above all, A-Doc thrives on being intergenerational, and situating mentoring at the center of our work. Many of us had been influenced by the late Loni Ding, the godmother of Asian American documentary filmmaking and the founder of CAAM. Like Loni, we would “pass it on.”

In a few short years, A-Doc has skyrocketed to an association of over 1,000 members. We are now wrestling with the questions of staffing, structure and sustainability. As Chiang has noted, “We are at a moment of pivotal transition,” but regardless, our mission is firmly rooted. As for our next chapter? I encourage you to look at the footnotes. Our future is built upon the shoulders of the ancestors whom Jean Tsien reminded us to remember. It's through their innovation, disruption and resistance that we can imagine what’s coming next.

Renee Tajima-Peña is an Academy Award-nominated documentary filmmaker whose credits include Who Killed Vincent Chin?, My America…or Honk if You Love Buddha, Calavera Highway, No Más Bebés, the Asian Americans docuseries, the May 19 Project and other films on themes of immigration, race, ethnicity, gender and social justice. She is Professor of Asian American Studies, Director of the Center for EthnoCommunications at UCLA.

END_OF_DOCUMENT_TOKEN_TO_BE_REPLACED

Public Media at a Precipice: A Call for Commitment to Transformative Change